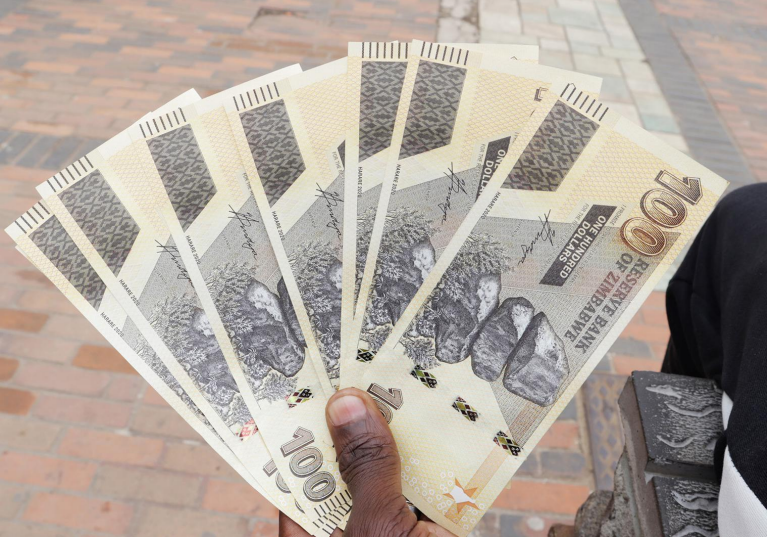 ZIMBABWE’S manufacturing sector says the domestic economy is now on a slippery slope and urgent measures are required to reverse the trend.

But the cause of the economic implosion is already exposing the growing wedge between business and the government.

The domestic currency, which at Independence in 1980 traded at par with the United States dollar, is depreciating and now the Zimbabwe’s largest banknote cannot buy a loaf of bread.

Predictably, prices are shooting through the roof each passing day and the authorities appear to be in panic mode.

There is a strong sense of déjà vu. Many downtrodden Zimbabweans have in the past experienced the impact of the topsy-turvy economy. The Confederation of Zimbabwe Industries (CZI) says confidence in the local currency has waned and any knee-jerk reaction to this situation may be catastrophic.

But while this is happening, President Emmerson Mnangagwa’s government sees the works of an invisible hand and has issued a chilling warning to those accused of currency manipulation.

With the next general elections now on the horizon, this position will soon sound like a broken record. Industry, on the other hand, says the government should look at the man in the mirror and push for dialogue not the stick.

The CZI argues that the official foreign exchange market has been ineffective. The industrial lobby group attributed the settlement bottlenecks to structural issues such as overvaluing the domestic currency and bad policy. As the government maintains that there are no prospects of full dollarisation, memories of yesteryear’s command-economy tendencies have been evoked.

“Foreign currency accounts should not be raided as has happened before with serious consequences of loss of value at all levels of business and society,” the CZI said.

Mnangagwa, who has unofficially rolled out his election campaign ahead of the 2023 polls, says he is ready to crack the whip.

He appears to have borrowed a leaf from his predecessor Robert Mugabe’s mis-governance handbook. At the height of inflation in 2007, Mugabe ordered his government to arrest a handful of business executives for merely trying to survive under unprecedented economic conditions.

Ironically, Mugabe made this decision a year before the 2008 elections which he lost to his nemesis, the late Morgan Tsvangirai, then leader of the main opposition party, MDC. Tsvangirai however did not garner enough votes to form the next government and a runoff was held. Zanu PF murdered countless opposition supporters during the runoff campaign and the poll was denounced by the international community as a sham.

While making frantic efforts to appeal to Zanu PF supporters in Epworth recently, Mnangagwa told some of the poorest citizens in the country that he would turn the tide and better days are coming. The economy is telling a different story though.

“We are catching some companies doing this,” he said.

“They are not doing this by themselves but are sent by outside countries. We are coming up with ways. We are closing some banks doing that. We will be dealing with big companies, who are working with outsiders that are manipulating the exchange rate to bring suffering to our people…They are fighting us in an effort to induce an uprising against us.”

Cornered by the regional and international communities, Mugabe formed a power-sharing government with the opposition and one of the first steps taken by that administration was to ditch the local currency for a basket of foreign currencies mainly dominated by the greenback. As they say, the rest is history.

Mnangagwa’s command style approach in dealing with this economic issue has also laid bare inconsistencies within his administration.

Barely a month ago, his Finance minister Mthuli Ncube sang from a different hymn book. Responding to questions during a post-cabinet Press briefing, Ncube attributed the new wave of price increases to imported inflation triggered by Russia’s invasion of Ukraine.

The World Bank and the International Monetary Fund, whose financial support Zimbabwe badly needs, says low-income countries like Zimbabwe will catch a cough as the war rages.

In most parts of the world, especially grain and fuel importers, the impact of the Ukraine war has been felt through sharp increases in prices.

David Malpass, the World Bank president, recently said a “human catastrophe” triggered by Russia’s invasion of Ukraine is looming across the globe. Malpass warned that rises in food prices would push hundreds of millions people into poverty and lower nutrition, if the crisis continues.

Since then, the price of fuel has gone up and prices in Zimbabwe are soaring as the local currency weakens. On the streets of Harare, one needs ZW$350 to buy a US$1. On the official market where the dollar is elusive as seen by delays in settlements, the exchange rate is ZW$155: US$1.