AS the nation continues to be in the grip of a major crisis in the form of the Covid-19 pandemic, with the grim reality of its effects globally, the corporate world fell over each other, rushing to be relevant by offering assistance.  However, it was the actions of concerned individuals and small groups that spurred them and the government into action. 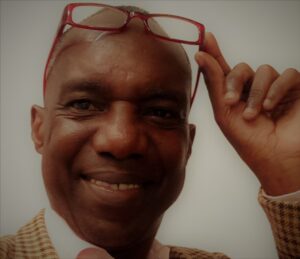 Just like in the case of Cyclone Idai, we were all thrown smack into the middle of the massive outpouring of generosity of a huge magnitude. Several corporates found themselves pressured to be seen to be doing something.

As one colleague rightly put it, Zimbabweans have their hearts in the right place. Never mind the economic challenges that we face every day, individuals have shown the world the true character of ubuntu in the face of adversity.

However, in the thick of all the emotions surrounding the epidemic, the most daunting lesson is that of being pro-active. From the government, the under-financed departments, right down to companies without proper corporate social investment (CSI) strategies, we seemed caught unawares.

While we leave the issue of CSI strategies for another day, let us examine the whole approach to the involvement in disaster relief by corporates and how it should sync with their business values.

Richard Etchinson of Crenshaw Communications says that public relations (PR) is an essential business function for imparting a company’s values and beliefs to the public.

PR is not there to sell a dummy. It should be part of that organisation’s values to uplift and come to the assistance of the community, particularly during times of need. Communicating such values as confronting social ills, social change and dealing with poverty can be a powerful differentiator for a corporate.

Because earned media confers credibility, media relations become very potent ammunition for an organisation that wants to demonstrate relevance to the community in which it operates and the fact that it cares.

Earned media is the desired result from a business’ efforts, such as involvement in disaster relief, amplified by media coverage, social media posts or tweets, reviews and open dialogue about the brand within online communities.

It is decidedly more powerful than marketing and advertising. Today’s buying public is very sceptical about buying into advertising trumpeting a company’s inherent beliefs. PR works to generate credibility through harnessing what we call “third-party endorsement”.

PR offers tried and tested tactics to get the word out on an organisation’s values. One such way is partnering with organisations or influencers with similar values. With Cyclone Idai, we advised clients going into the disaster area to look at both the holistic and long-term needs of the affected communities in Chipinge and Chimanimani for maximum impact.

With Covid-19, it is different because everyone has been affected in one way or the other. The organisation’s responsibility was first and foremost to is staff and employees and their welfare. Many companies grasped this earlier on because in some cases it meant life or death to both the entity and the affected employees.

Proactive companies looked at areas of intervention linked to their line of business. For example, medical suppliers moved to source medication and equipment to support the national effort. However, more impressive were those that departed from their normal operations to manufacture and supply personal protective equipment (PPEs), sanitizers and disinfectants.

However, during the pandemic we had those that wanted to make a quick buck, not leaving out briefcase companies that emerged from the woodwork to dip their fingers in the government tender pot.

By consistently showing leadership through good actions, the company is putting its values of inclusion on display while strategically boosting brand visibility. Winning unpaid speaking engagements at industry events carries added prestige over sponsored ones, so they can be worth the extra effort. This includes writing articles for publications that reach specific audiences.

PR encourages thought leadership, particularly when it comes to issues that affect the communities. These are an effective way of positioning one’s company as one to go to on certain specific issues such as healthcare, wellness and poverty alleviation. Crises like Covid-19 offer opportunities for your organisation to stand up and be counted among those who fight for a better society.

Now, this is an area that is relatively new to Zimbabwe, that of corporate activism. It is seen a bolder way to communicate a company’s values through reactive commentary on trending social, and sometimes, nagging political issues. I know a lot of companies would prefer to keep well away from this, but the reality is that the customers you serve have an interest and are immersed in such commentary.

In other countries, PR professionals encourage the organisations they represent to step up and take a stand. People like companies that support their causes and are visible on the frontline. Taking the stage shows initiative and a degree of empathy. When experts suggest something you should be doing, take it seriously because the competition will take it up while you are twiddling your fingers.

Corporates brave enough to wade in, outside of industry lobbying, would win a lot of support. Of course, it has its downside, when overly sensitive governments decide to stamp on what it sees as dissent. But if it is done well and backed up by authentic action, executives can exert influence while the brand becomes synonymous with a distinct set of beliefs.

Unfortunately, not all companies focus on beliefs or have a point of view that goes beyond business. But if a business does have a unique philosophy, then PR comes in handy to get the word out.

Wris Etchinson, “By consistently communicating a coherent set of values through various PR tactics, an organisation will gain reputational capital for something substantive that can separate itself from the herd.”

It is a science that requires proper PR counsel and strategy, rather than is seen as some knee-keck reaction because everyone else is doing it. A crisis might as well be that opportunity that will work to build and improve the image and reputation of a company.

About the author: Mhlanga is managing consultant at Sunshine Corporate Communications, a strategic communications agency that specialises in reputation and risk management, media relations and digital management. He can be contacted at e-mail: [email protected] and Mobile: +263 772 400 656