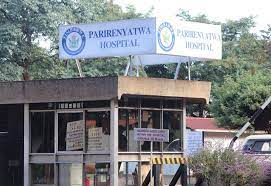 THE biggest referral hospital in Zimbabwe, Parirenyatwa Group of Hospitals, cancelled 1 688 surgical operations in one year, owing to a lack of medical equipment.

In her 2019 audit report on state enterprises and parastatals, Auditor-General Mildred Chiri said this may compromise health service delivery.

She also found that during the year under review (2018) the hospital did not have adequate monitors in anaesthetic rooms and recovery areas, with only eight out of 18 stations in use.

The hospital’s management, in response to the audit findings, said the cancellation of surgical operations had also been influenced by job action by the health sector, poor preparation of patients and shortage of intensive care unit (ICU) beds, among other challenges.

Political elites, including the vice-president, ministers and senior bureaucrats, have been turning to foreign healthcare facilities for medical attention because of the poor healthcare service in the country.

The Health and Child Care ministry has been failing to implement planned projects, owing to poor resource allocation by Treasury, while at the same time donor fatigure has been on the rise.

Zimbabwe’s health funding is mainly dependent on donors, with the government’s budgetary allocation falling way short of the Abuja Declaration’s stipulation that the health vote constitute at least 15% of the total national budget.

For example, Treasury in 2017 allocated US$7 million for central healthcare rehabilitation but only US$195 000 was released.

“Due to financial constraints to re-tool the theatres over the years, most of the equipment broke down and the hospital was unable to provide adequate theatre coverage hence cancellations of theatre cases,” the Auditor-General found.

“However, during the third quarter of the year, procurement of spare parts which was used to repair the equipment was done which reduced the number of theatre cancellations. The year 2018 witnessed two industrial actions by medical personnel in February and December 2018 which contributed to theatre cancellations.

Chiri found that the hospital was operating with inadequate key equipment and resources during the year under review.

Hospital management said they had not been able to acquire more equipment and service existing machines because of foreign currency shortages.

“The minimum allocation of ICU and HDU beds should have been 10% of the hospital capacity which translates to 120 beds. This was far-fetched as the hospital itself was not designed to comply with that provision. Furthermore, assuming space would be provided, that space would not have been utilised because of shortage of specialist nurses who are even not adequate to cover the ICU and HDU beds that are available at the moment.”

Chiri said management should engage the key stakeholders and formulate plans to resolve all the issues noted in relation to limited capacity and shortage of drugs and equipment without any further delay.

In response, hospital management said: “The referral system as it relates to maternity is being enforced, which has resulted in maternity being decongested. Medicines and equipment availability is work in progress”.