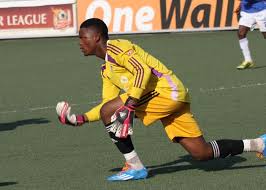 ZIMBABWEAN goalkeeper Tatenda Mkuruva, who is reviving his once-promising career in the United Sates, says he did not fall out with South Africa legend Benni McCarthy, his former coach at Cape Town City. Mkuruva joined Cape Town City after an impressive showing for the Warriors at the 2017 Africa Cup of Nations in Gabon, but requested to be released from the club after just 10 months due to limited game time under the former Bafana Bafana striker McCarthy.

The former Dynamos shot-stopper has dismissed rumour that he had a bust-up with McCarthy, who had joined Cape Town FC as replacement for Eric Tinkler.

“I was young and ambitious and nothing really happened between me and Benni,” Mkuruva told The NewsHawks.

“I’m not sure where those stories came from. I wasn’t the person he wanted in a goalkeeper. I didn’t suit his style of play. This is probably why he didn’t play me, and I respect that. But I was disappointed, to be honest, that things didn’t go according to plan. I wasn’t given the opportunity to prove myself after the departure of the coach who had signed me, Eric Tinkler.”

“I think apart from playing for Dynamos, the wisest decision I made in my career was joining Buildocon,” said Mkuruva.

“My confidence was wrecked, I had lost my spot in the national team, I really wanted a new start. The South African league is a bit ahead of the Zambian league, but all I wanted to do was to play.”

“It has been going really well and I’m enjoying my game plan playing week-in-week-out,” he said. “I’m happy to be back in contention for the national team again after the lengthy absence.”