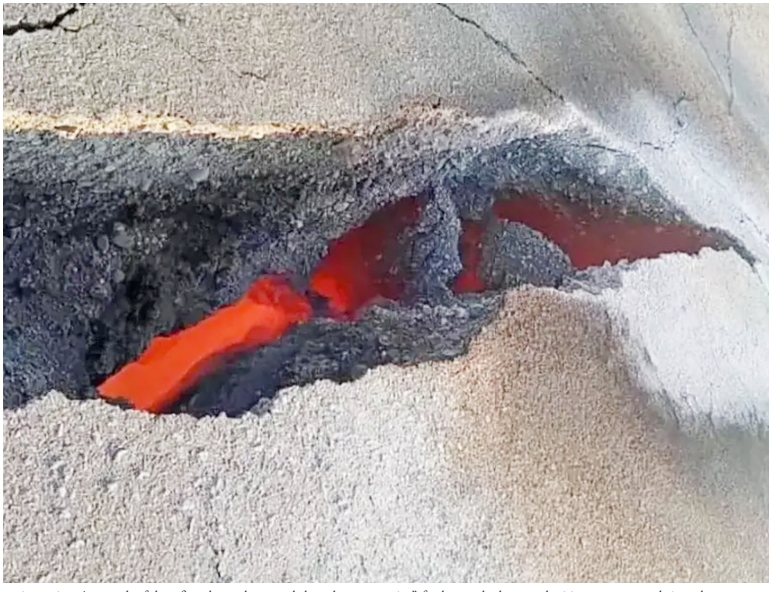 HWANGE residents have petitioned the Parliament of Zimbabwe to intervene in dealing with underground fires that are posing harm to the mining community, livestock and wildlife.

Residents say legislators should add their voice on coal seam fires, which have killed several while dozens have been left with lifelong scars.

Hwange Colliery Company Limited has been battling runaway underground fires, but the community feels the company is not doing enough to deal with the life-threatening problem.

In their submissions, the residents through the Greater Whange Residents Trust (GWRT) appealed to Parliament to exercise its authority by investigating and instituting measures to ensure sustainable mining.

Last year, an eight-year-old girl succumbed to severe injuries after she was burnt by the underground fires.

Alisha Muzvite was out playing when she felt the urge to relieve herself. But as the eight-year-old crouched, the ground beneath her shifted, pulling her into an underground fire near her home.

With only one public toilet for more than 500 people living at Number 3 settlement, a housing area for Hwange Colliery Company employees, bushy areas have become convenient for open defecation. But, impossible to see on the surface, coal has been burning under the earth here for years, injuring unsuspecting people, including children.

According to Global Forest Watch, coal seam fires, which happen when a layer of coal ignites, are hard to detect and even harder to extinguish. There are thousands of them burning around the world in coal-mining countries, estimated to cause 40 tonnes of mercury to enter the atmosphere each year and representing 3% of the world’s annual carbon dioxide emissions.

Following a public outcry, Hwange Colliery Company engaged a German firm to ascertain the extent of the fires and recommend containment procedures. The company, DTM, is yet to make known the findings of the German contractor following the lapse of the March deadline for the release of the report.

The residents demanded to be protected, citing environmental rights guaranteed by the Constitution.

“Your petitioners are aware that section 73 of the Constitution guarantees their right to an environment that is not harmful to their health or well-being, and to have their environment protected for the benefit of present and future generations. In this regard the State has an obligation to ensure the progressive realisation of this right by residents of Hwange.”

They contended that they were not safe, arguing that residents were living in fear as a result of an increase in fire incidents.

“Residents are unaware if mining methods being employed in Hwange are sustainable and environmentally friendly. Over the years underground fires have been spewing ash and smoke, causing sinkholes that are consuming and damaging the road network in Hwange. The fires are increasing. As a result of these fires the road that links Makwika Village with Madumabisa Village has since been closed to both pedestrian and vehicular traffic. There are several reported cases of the residents and livestock being burnt by these underground fires. The community of Hwange is now living in fear of the danger which underground fires are posing. Communities are concerned that the underground fires could spread to residential areas if urgent measures are not taken to mitigate the impact. The scale of the underground fires has not been revealed to the community,” further reads the petition.

Residents’ organisations have been petitioning Hwange Colliery to deal with the coal seam fires.

The petitioners further argued that in addition to the rise in cases of children being burnt, the fires were reportedly manifesting close to the Deka River, a major water source for the Hwange community.

The residents accused Hwange Colliery of keeping them in the dark on the level of threat and mitigatory measures being taken.

Efforts to get an update on the issue from the company’s corporate adfairs manager, Beauty Mutombe, were fruitless as her phone went unanswered.