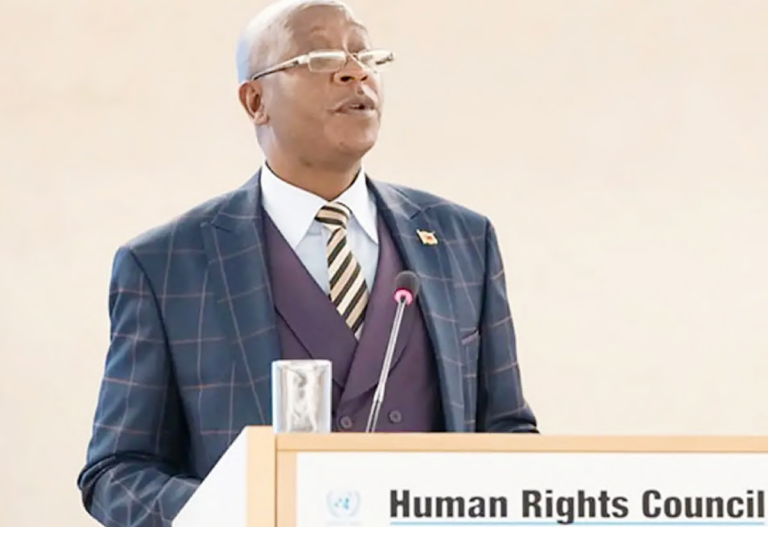 THE Zimbabwean government heaped praise on itself recently at the International Convention on the Elimination of all Forms of Racial Discrimination (ICERD) in Geneva in a report tabled to explain the country’s human rights situation despite a plethora of abuses recorded by opposition parties and civil society leaders.

The report was the first since 26 October 1998 when the last one was tabled before the UN special committee.

The UN is currently convening the three-week-long 107th Session of the Committee on the Elimination of Racial Discrimination (CERD) in Geneva, Switerland, where the situation in Zimbabwe and other nations will be reviewed before the world body issues its assessment reports.

The meeting began on 8 August and ends on 30 August.

In its report put together by Justice minister Ziyambi Ziyambi, the government of Zimbabwe said it had fulfilled all of its obligations on respecting human rights and creating an understanding among races.

“In Zimbabwe there is no differential racial treatment based on citizenship or immigration. In terms of section 35 (2) of the constitution, all citizens regardless of race are equally entitled to the rights, privileges and benefits of citizenship.”

“With regards to special measures to secure the adequate advancement of groups or individuals protected by the Convention, section 56 (6) of the constitution obliges the state to take reasonable, legislative and other measures to promote the achievement of equality and to protect or advance people or classes of people who have been disadvantaged by unfair discrimination including race in cases of genuine need,” reads part of Ziyambi’s report.

While Zimbabwe has documented cases of state-sponsored violence, torture of activists and a series of abduction of dissenters, the government boasted at the UN that it had no such disturbances.

The government also lauded the moribund National Peace and Reconciliation Commission as playing a pivotal role to calm conflicts at a time when the body has virtually gone under wraps.

“Zimbabwe established the National Peace and Reconciliation Commission (NPRC) through section 251 of the constitution to promote post-conflict justice; healing; reconciliation; dialogue among political parties; communities, groups and organisations in order to prevent conflicts and disputes of any nature, including those found on racial differences.”

“Commissioners of the NPRC were appointed in 2016 and the commission has a fully-fledged secretariat. The NPRC constituted Peace Committees in all the districts of the country in order to undertake programmes that promote peace and cohesion among Zimbabweans of all races,” reads another section of the government’s report.

While in Zimbabwe the Political Actors Dialogue (Polad) is largely seen as a grouping of little-known parties and President Emmerson Mnangagwa’s sympathisers, Ziyambi told the UN special committee that the body was solving all political disputes in Zimbabwe.

“A National Dialogue of Political Parties was launched with the view to pursuing deliberate policies and attitudes intended to deepen a sense of cohesion, togetherness to engender a common vision that knows no race, colour, creed and all other forms of discrimination,” wrote Ziyambi.

The main opposition Citizens’ Coalition for Change (CCC) has snubbed Polad, while some of the members who initially joined it after the contentious 2018 elections have since quit, saying it is useless.

Ziyambi also cited various pieces of legislation that he said were part of evidence that Zimbabwe is a democratic country which upholds the rights of citizens. Ironically, the same government flagrantly violates them.

“The Maintenance of Public Order Act and the Criminal Law Codification and Reform Act give effect to constitutional provisions relating personal security. Political rights are guaranteed in terms of section 67 of the constitution, which confers to every Zimbabwean regardless of race, the right to free, fair and regular elections for any elective public office.”

“Section 67 (2) further confers rights to all citizens to form, join and participate in the activities of a political party or organisation of their choice regardless of race. To give effect to constitutional provisions on political rights, the Electoral Act provides for political rights including the right to participate in elections, to vote and to stand in elections as a candidate and a voter,” another section of Ziyambi’s report to the UN reads.

Related Topics:Human Rights
Up Next

2023 general elections may be drenched in bloodbath