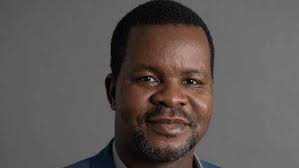 THE shock death of prominent Zimbabwean human rights activist and defender Dewa Mavhinga (pictured) provoked an outpouring of grief, sadness and eulogy, as well as celebration of his great work.

Not even Mavhinga himself would have imagined when he was still alive that upon his death he would be mourned so widely, so far and so fondly. That his legacy was going to be so hyped, reflected upon and treasured. For there have been many other equally passionate, committed and fearless human rights defenders, people or activists who individually or collectively act to promote or protect human rights in a peaceful manner, before him.

However, what set Mavhinga apart from others was not just his commitment and determination to human rights, but his courageous effort to serve ordinary people in their hour of need in a way that would create ripple effects for generations to come, his patience and humility in the face of danger.

Mavhinga did not engage in activism for money and fame, but to make a difference in communities and society.

Of course, like everyone else he needed money to pay his bills, but that was not his main motivation and drive. He wanted to serve the ordinary people and help them defend their rights and stand up against authoritarianism, repression, inequality and evil.

No one knows precisely what sort of social struggles are going to happen in Zimbabwe in years ahead, but we can be certain that what Mavhinga was fighting for — a culture of human rights respect and observation — remains yet to be accomplished.

With that in mind, people should continue from where Mavhinga left; intensify the struggle.

Zimbabwe has a long history of human rights violations, violence and brutality, dating back to pre-colonial, colonial settlerism, liberation struggle and post-colonial eras.

That is why it needs to draw a line and stop the record and trend of abuses that have left the nation convulsed into a scarred and traumatised into despair.

Those in power and their supporters will not stop human rights abuses of their own volition, they have got to be stopped.

A new value system, democratic framework and national consciousness are needed to guide the nation forward. The current national, community and societal toxicity must be uprooted and replaced with new spirit of nation-building, diversity and tolerance.

Zimbabwe is a broken and toxic nation. If one wants to see that just monitor social media and witness the level of intolerance and divisions along political, class and ethnic lines.

Political and ethnic hostilities being the most toxic. The amount of hate is scary.

People are even willing to celebrate hurt, injury and the killing of each other to feed and serve their sadistic mindsets and instincts — a sign of a broken society.

If political violence, kidnapping, enforced disappearances and all sorts of human rights violations do not directly affect one’s family, relatives or friends, tribe or region, then it is not an issue.

That is how depraved — morally bankrupt, corrupt and wicked — some Zimbabweans have now become. But Mavhinga rose above that. He saw people as people and human beings as human beings — he had ubuntu — in the line of duty.

That is the sort and quality of a human rights activist Zimbabwe needs now. The Mavhinga type. Not opportunists and paid activists. We must stand against a culture of paid activism. It is a disservice to communities and society.

Human rights defenders must play a key role in upholding people’s basic and fundamental constitutional rights without necessarily being paid for it.

They must be watchdogs over the authorities to ensure their policies, measures and actions do not unduly infringe on human rights, for instance freedom of expression, association and movement, to privacy and rights on education, health, housing and social services.

Mavhinga played a huge role in this field. He promoted and defended human rights on regional and international platforms, not least at home where he would go into the field, at serious personal risk, to meet, talk to and record stories and testimonies of ordinary people; victims of human rights abuses.

Mavhinga investigated human rights issues to speak from a position of factual, verified and truth information.

What he did in Marange or after the 1 August 2018 killings or better still after the January 2019 murders and violence was remarkable, for example.

He also lobbied civil society, the authorities and state institutions to implement their constitutional and international human rights obligations.

Like many of his colleagues, Mavhinga worked professionally and in a non-partisan way to secure accountability for respect for human rights, while also ending impunity.

Given what Zimbabwe is now, especially in this global Covid-19 pandemic era, we need more and not less human rights activists to raise the alarm and demand action when marginalised groups or individuals are being disproportionately affected or forgotten by policy and new Covid-19 measures.

This includes those historically or usually discriminated against, people in the informal economy, people vulnerable to state violence or those being hounded by the state, for example. We need more Mavhingas to keep a check on abuse of power by state and non-state actors.

No appetite to probe state security agents over injustices- Report