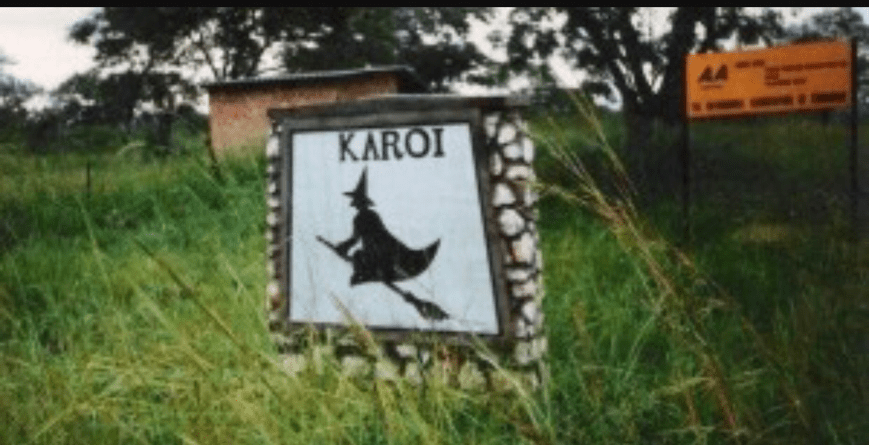 ‘‘The council housing department has no database of how many residential and commercial stands the local authority has. This may breed corruption and fuel double allocation and illegal sales of stands by some officials,’’ noted the report.

It made recommendations to have a housing officer and a database as a matter of urgency.

But according to a dossier submitted by Karoi Adhoc Residents Association led by Jabulani Mike Dube and addressed to Zimbabwe Republic Police (ZRP) raising allegations against suspected abuse of office by housing director Sibongile Mujuruki, the case has not kicked off two years later.

In a letter dated 9 December 2019, titled Allegations Against Director of Housing Towards Stand Number 8254 Chiedza Infill Lease, Dube wrote on behalf of the residents’ association raising a case of suspected abuse of office by Mujuruki.

“I, Jabulani Mike Dube as chairperson of Adhoc Karoi Residents Association am writing on behalf of our members so that we get facts as stated below.

‘‘We want to know who filled and signed the LEASE for stand number 8254 Chiedza Infill? Secondly, we want to know from the owner of the stand as there is a fake signature and we want the real owner Mercy Z Mujuruki to sign her lease agreement in person.

“The housing director as a council employee signed the lease on behalf of her sister called Mercy Z Mujuruki. We want to know her intentions and interests towards the stand number 8254 Chiedza Infill. As a matter of fact the use of council employees who are her juniors as witnesses for the lease. These are James Nyamasoka and Hama Mwanandima on the agreement of sale. We want clarity and investigation on lease papers for stand number 8254 Chiedza Infill,’’ reads the document in our possession.

Dube was among witnesses subpoenaed through Karoi Criminal Investigations Department (CID) on a case of criminal abuse of office against Sibongile Mujuruki in 2020.

Addressed to the Member-in-Charge, the subpoena reads.

“ZRP CID Karoi, you are requested to summon Jabulani Mike Dube of Stand number 5, Chikangwe, Karoi, James Nyamasoka of number 667 Claudia, Karoi, Hama Mwanandimai of stand 8153, Chikangwe, Karoi, Gilbert Magwedere of House number 3975 Chiedza Karoi. That they and each of them appear personally before this court in (room) number AB on 13 March 2020 at 08.00 hours in the fore-room to testify and declare all he/she they each of them know concerning a certain charge preferred against Sibongile Mujuruki for Criminal Abuse of Office of Duty as a Public Officer as Defined in Section 174 of the Criminal Law Codification and Reform Act Chapter 9.23.

“And that he/she they or each of them produce before the court. Serve each of them the said witness as a copy of the subpoena and return to this court on that day what you have done herein.”

Dube confirmed that it was the last time they heard of the case as nothing has come out since then.

“As concerned residents we raised our case with authorities and prosecution never advised. The case has suffered a natural death as others that are coming before the Karoi Town Council stands saga are being fast tracked yet Mujuruki must be answerable to anything under her purview, worse still when she sold to the potential buyer to sell her sister stand and released a lease and agreement of sale. ZAAC has been silent on the matter and their complicity is too loud for any citizen to understand the bias,’’ said Dube (45).

‘‘All our challenges on the stands saga in Karoi are centred on Mujuruki, who has polarised council. Zacc must be professional as some members who are interfering on Karoi town operations are fighting in her corner. As residents we blame Zacc for the mess at council,’’ said Dube.

Last year, Karoi Town Council lawyers Mangwana and Associates represented council as it battled to nail Mujuruki over her abuse of office charges involving the double allocation of stands and missing leases.

The law firm has been pushing for Mujuruki’s prosecution on “nondisclosure charges” after she allegedly sold two stands on behalf of her sister and daughter.

‘‘We are under instructions to lodge a criminal complainant against Sibongile H.A. Mujuruki as we do hereby of the following. The accused person is employed by Karoi town council as Director of Housing and one of her responsibilities includes allocation of stands to those eligible and ensuring that allocation, transfer, and disposal of stands is done in a transparent manner and in a procedurally correct manner.

‘‘In 2014 and in the course and scope of her duties, the accused signed an agreement of sale on behalf of her sister Mercy Mujuruki who was selling an underdeveloped stand known as Stand 8254, Chiedza which was leased from the complainant.

‘‘The accused person did not disclose this transaction to her Principal despite it being clear that she had a personal interest in the matter,’’ part of the letter in our possession reads.

It further added that by signing the agreement of sale, the accused aided her sister in arranging the agreement between the complainant and Mercy Z Mujuruki yet the rules prohibited the sale of underdeveloped stands.

‘‘The complainant (Karoi Town Council) therefore firmly believes that as a public officer, the accused engaged in the conduct that is contrary to or inconsistent with the duty as contemplated by Section 174 (1) (a) of Criminal Law and Codification Reform Act Chapter 9.23. It is on the basis of the above facts that we are instructed that we are instructed to lodge this complainant to as we do hereby as there is reasonable belief of commission of criminal offence,’’ reads the letter dated 12 July 2021.

The lawyers conclude in their letter by requesting the law enforcement agent to ensure that the law takes its course.

‘‘We kindly request your good office to investigate the matter and arrest the accused at your earliest convenience. We further request that you keep us updated on progress in the matter as we have been instructed as watching brief.”

The case has not kicked off as well, raising suspicion that she is being protected.

Karoi Development Agenda (KDA), a coalition of organisations fighting for social justice, called for transparency in the handling of the farming town’s matters.

‘‘Our concerns are that there must be equality as no one is above the law. Zacc must treat every citizen the same and must not protect an individual against the residents of Karoi. Town operations are crippled because of their patrician attitudes in Karoi. There is lack of justice in all stands saga and the truth will be out soon,’’ said KDA in a statement.

Mujuruki was suspended in 2019 and when she came back she was forced to go on forced leave for three months from 12 August till 15 December last year.

Ten months after council lawyers wrote to the police, the case is yet to go to court.

Of late, several councilors and senior officers have been dragged to court over the stands saga.

Last year, some lease agreements were destroyed, raising suspicion of criminal activities in the housing department, one of council’s cash cows.

Related Topics:Karoi stands scandal
Up Next