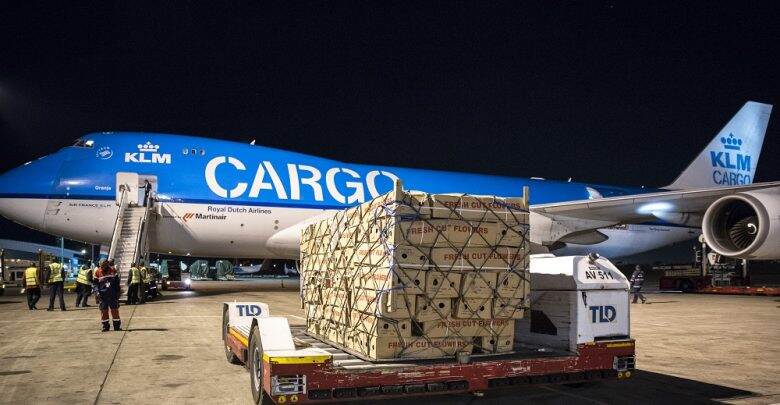 The country embarked on agrarian reforms at the turn of the century, resulting in more than 4 000 white commercial farmers losing vast tracts of land to locals.

Agriculture minister Anxious Masuka told The NewsHawks after the launch of the US$30 million Horticulture Export Revolving Fund that the government will have discussions with airlines which stopped flying into the country to improve Zimbabwe’s access to traditional and new markets.

“KLM is already in the country. It has already been carrying cargo and many more carriers are coming into the country,” Masuka said.

“You know that since the coming of the Second Republic, we have had a policy on the opening of the skies and so often we see a new airline. This facility will be the accelerator we need for additional cargo planes, especially direct flights. I am confident that Zimbabwe will be able to regain and retain its previous glory in horticulture. Air freight is a critical aspect and I’m sure airlines will see the business sense in it.”

Official figures show that Zimbabwe has been one of Africa’s traditional major exporters of horticultural products, alongside Kenya and Ethiopia for most of the late 1980s up to the early aught.

According to the Horticultural Development Council of Zimbabwe, the country’s horticultural exports increased from only US$6 million in the 1987/88 season, to US$103 million by 1997.

Until the late 1990s the sector contributed between 3.5% and 4.5% of national GDP and was a major foreign exchange earner for the country with diverse exports of horticultural products, including tropical, citrus and deciduous fruits; various vegetables; tree nuts; avocados and cut flowers to European markets.

The sector contributed over US$125 million in export earnings at its peak in 2000. Currently, the industry contributes US$77 million to export revenue.

According to the Horticulture Development Council (HDC), the sector employs 18 700 people and has potential to double jobs in the next four years (2022-2025).

Furthermore, the sector is projected under the Horticulture Recovery and Growth Plan to contribute export earnings of US$300 million per year, by 2030.

The US$30 million facility, which will be disbursed through normal banking channels, seeks to empower local farmers to start horticulture projects as well as acquire value-addition facilities that will enable the dehydrating, freezing, canning, bottling, extracting, juicing and concentration of their produce.

Related Topics:KLMZimbabwe horticulture
Up Next