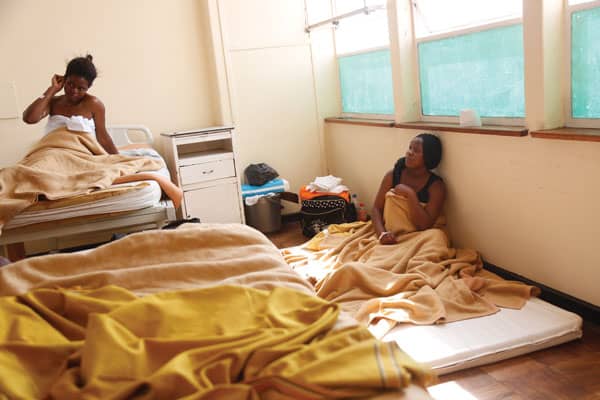 “IT’S been three years now, I can’t wear underwear, urine is always leaking. I have developed sores on my genitals that aren’t healing because of the moisture. I dread going out in public. The last time I went to a gathering, people distanced themselves from me because of the bad smell, it repelled them. I’m confined to this house so I can bathe each time I soil myself. My entire family believes I was cursed, they say no one has ever had a disease like mine before,” these are the lamentations of 19-year-old Nyaradzai, who suffers from obstetric fistula.

BRIDGET MANANAVIRE
Her story is one of the several stories captured in a report by Amnesty International on the life-changing childbirth-related injuries suffered by women and girls in Zimbabwe due to challenges in accessing healthcare.

The report, titled “I never thought I could get healed from this”: Barriers To Treatment And Human Rights Abuses Against Women And Girls With Obstetric Fistula In Zimbabwe, was released yesterday.

It captures the failure by the Zimbabwean government to uphold sexual and reproductive health rights.

Obstetric fistula is an abnormal connection between the vagina, rectum and or bladder which may develop after prolonged and obstructed labour and lead to continuous urinary or faecal incontinence.

It often results in the continuous and uncontrollable leaking of urine and or faeces sometimes leading to stigmatisation, and affecting a woman’s physical wellbeing, social and marital relationships, mental health, and economic capacity.

According to the report, obstructed labour associated with obstetric fistula has been identified as a major cause of maternal mortality worldwide, and in as many as 90% of cases, women who experience obstetric fistula also suffer a stillbirth.

Amnesty International’s director for East and Southern Africa Deprose Muchena said Zimbabwean authorities must urgently address the root causes of obstetric fistula as giving birth should not come with health risks that could easily be prevented.

“Zimbabwe has one of the highest maternal mortality rates in the world and pregnant women have to gamble with their lives by opting for home births due to underfunded and under-resourced government hospitals or because they cannot afford the costs of care. Cultural beliefs also mean that some women don’t have a choice but to submit to home births administered by untrained family or community members,” said Muchena.

Findings of the research were that barriers for women and girls to access the required healthcare during childbirth included failure by the government to provide adequate healthcare, poor economic background, cultural and religious beliefs as well as ill treatment by health workers.

This then leads to unsafe home deliveries, without proper medical interventions.

Amnesty recommended that the government should adequately fund and operationalise a comprehensive public maternal healthcare policy and ensure that the policy is in line with the international standards of availability, accessibility, acceptability, and quality.

“The government of Zimbabwe is also encouraged to take immediate action against any acts of violence and ill-treatment inflicted on women during childbirth and ensure that neither third parties nor harmful social or traditional practices interfere with women and girls’ rights to sexual and reproductive health, including enacting legislation to prohibit child marriage,” the report read.

The findings of the report highlight the impact of obstetric fistula on both the physical and mental health of women and girls.