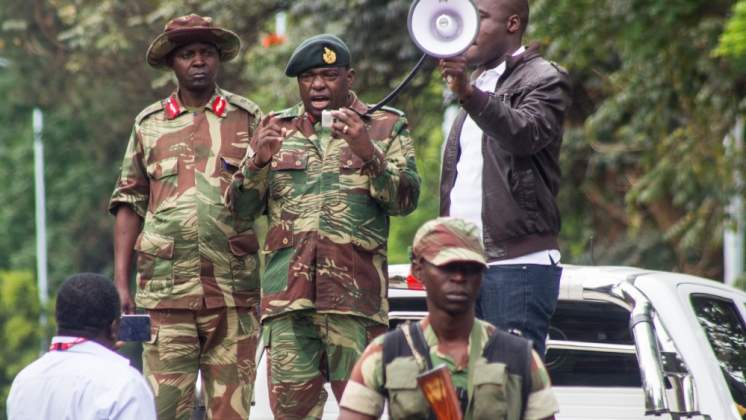 FIRST things first, Zimbabweans should agree that, with hindsight, supporting the 2017 military coup was a disastrous political miscalculation which will have a profound impact on the country’s future.

Even though it was as clear as daylight there was no basis to think President Emmerson Mnangagwa and his cronies – enforcers and enablers of the late deposed leader Robert Mugabe’s despotic rule – would usher in reform and change, let alone reset politics and embark on a transformational agenda, people still naively flooded the streets blindly thinking they were marching for a new Zimbabwe.

But then again people were to be  forgiven for their ecstasy, having spent 37 years under Mugabe’s calamitous rule.

The coup jubilations were characterised by joy, contradictions and dramatic irony writ large.

To begin with those behind the coup were the very same people who supported Mugabe’s leadership and governance failures until the corrolary of corruption and incompetence started affecting them.

They were and still are beneficiaries of Mugabe’s misrule and the associated pillage of national public resources.

Most of what they have now can easily be traced back to Mugabe’s rule and its spoils.

Most people now pretending to be anti-Mugabe among Mnangagwa’s supporters were firmly his backers and  pro-status quo.

They didn’t want change in the system, but change in guard – a new captain of the wrecked ship already sailing in the wrong direction.

Not to change direction, but to rather to continue in the wrong direction while in charge; enjoying the gravy train rich pickings.

Then there was the opposition MDC leaders. After years of fighting the Mugabe regime they became cheaply opportunistic.

They thought there was an opportunity to sneak back into power through the back door after their time in the feeding trough through the 2009 unity government.

The late MDC leader Morgan Tsvangirai, who was already ailing at the time, jumped out of his deathbed to endorse the coup from Johannesburg, South Africa, which was an ill-advised decision.

An opposition calling itself Movement for Democratic Change supporting a coup? Change of government through an overthrow of the constitution? And thus setting a wrong precedent.

Listening to their rationale and justification of the decision, it was very difficult to understand the political and strategic imperative. Apparently, there was none.

It is easy to understand where ordinary Zimbabweans who had suffered immensely under Mugabe were coming from.

But even then it impossible to decipher how people thought those who were behind Mugabe’s rule would suddenly change, and be movers and shakers for change and progress.

When the coup was stalling as Mugabe dug in on constitutional trenches, the army had to resort to political means to push it through.

The demonstrations and impeachment motion were the leverage that ultimately forced Mugabe’s hand.
With the country at crossroads, it became difficult to have a common vision and way forward.

Coup supporters insisted Mnangagwa was the leader to take Zimbabweans from the proverbial Egypt to Canaan, a founding myth of the Israelites denoting delivery from slavery to prosperity.

Sceptics repeatedly warned that the coup path was leading to hell: renewed despotism, authoritarian consolidation and even worse.

Underlying all this were emotions, that is jubilation driven by the hate of Mugabe, wishful thinking and wilful ignorance by coup supporters.

I have heard people say, well it was their choice so there is no need to worry about that.

Why should we even care about the problem of political ignorance or uninformed political decisions in our midst?

It is people’s democratic right to choose a leader or path of their own, for better or worse.

This is like some people saying that even if voters choose whoever they want out of political ignorance, that’s all right — they are just exercising their individual democratic freedom.

John Stuart Mill effectively refuted this sort of lazy argument 150 years ago when he pointed out that voting is not just an individual’s choice, but about the collective and future of the nation.

Rather, as he put it, it is “the exercise of power over others.” When we vote for people who will occupy positions of political power, they do not just rule over those who voted for them, they rule over the entire society.

And when we exercise power over other people in that way, we have a responsibility to be at least reasonably informed in the way that we do so.

So we do have good reason to be concerned about public political choices.

And the evidence is overwhelming that the amount of political ignorance out there is pretty severe and has helped ruin this nation.

So if truth be told without fear or favour, Zimbabweans’ political naivety in the aftermath of November 2017 military coup is largely responsible for renewal of Zanu PF authoritarian rule and the attendant failures that it comes with.

As time moves on away from the coup, it becomes increasingly evident that supporting the coup by Mnangagwa and his cronies was not just a bad political decision, but political suicidal. People in Sudan handled the coup differently.

So are people in Myanmar where hundreds of thousands marched on Wednesday, rejecting the army’s assertion that the public supported its overthrow of elected leader Aung San Suu Kyi and vowing they would not be cowed in their bid to end military rule.

Instead of succumbing to the coup enticement and pressure, Zimbabweans should have and indeed still should demand reform, democratic transition and transformational change, not embrace capture of the levers of power and the state for personal aggrandisement by a corrupt and incompetent coterie.

Tinkering with symptoms while the economy burns

New trends to watch in 2021 for PR professionals