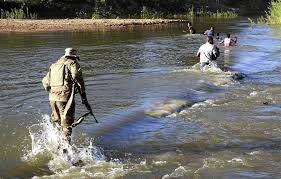 THAT Zimbabwe is stuck and is still sinking into a deep political and economic quagmire for two decades now is undeniable.

This can’t gainsaid by any serious or rational person even pathological denialists.

Usually denialism is associated with rejection of fact-based reality such as the holocaust or climate change.

Zimbabwe has Gukurahundi denialists usually subtly about it led by the perpetrators and their supporters.

These are the sort of people who would ridiculously deny Zimbabwe is in a crisis, something they can see and witness daily even from their Ivory Towers.

Those who deny the crisis are of course elites who live in a different world, but surely know the truth even if they deny it. They can see the crisis, if not in their homes, but certainly on the roads for instance – they can’t create their own roads.

They may buy big cars to ride over potholes, but the reality of rutted roads remains. They may have generators, boreholes and water tanks, and money to cushion themselves from the reality of the state of the nation, but they can’t create the same for all their relatives and friends, let alone others.

The political and economic elites may indulge and languish in delusions all they want, but reality will not go away.

Irrational thinking hinders progress. It prevents people from addressing real problems. If one doesn’t acknowledge their problem in the first place, they can’t fix it.

The subject of denialism in relation to the Zimbabwe crisis came into the frame when The NewsHawks correspondents sent stories and audio-visuals showing how Zimbabwean illegal immigrants — in political correct language these days they are called undocumented immigrants — risk limb and life by jumping into inflatable boats ferrying people across the flooded and crocodile-infested Limpopo River in and out of South Africa.

Daily Zimbabweans are crossing the river, which has swallowed many a life over the years, to buy goods or look for the proverbial green pastures.

Immigrants avoid the legal points of entry and exit either because they have no passports or now to avoid paying US$50 for Covid-19 testing and certificates demanded when people travel in and out of the country.

Sometimes people avoid legal crossing points because they would be carrying contraband.

Smuggling rackets and bootlegging are rife across the Limpopo’s many legal and illegal crossing points.

Images and footage of desperate ordinary Zimbabweans crossing the flooded river in boats and in some cases wading through the deep waters of a dangerous river graphically and undeniably tell a story of a country and  people, in the depths despair. Hungers stalks the land.

International humanitarian organisations are doing their best to feed millions of Zimbabweans facing hunger — nearly half of the country’s 15 million people do  — but that only alleviates and not resolve the crisis.

For the majority of Zimbabweans this Christmas, made all the more worse by the Covid-19 pandemic, would be a sad time for them.

The poor will be trying to survive poverty and pain rather than enjoy the holidays and the carnival atmosphere.

While the well-to-do would be enjoying their holidays, the poor will be struggling to secure the basics – food, rent, fuel, transport and later school fees.

All these things show Zimbabwe is in a deep crisis. Whatever the official denials, the harsh reality on the ground is there for all to see.

When Zimbabwean officials tell the nation and neighbours like South Africa that there is no crisis, they only succeed in one thing: making themselves a laughing stock.

Zimbabweans in general and South Africans, including officials, are fed up.

For a change, South African authorities have been speaking out. They have also been moving to tighten the situation on the ground through militarisation and securitisation of immigration.

Unfortunately that approach doesn’t work and  targets the wrong people – victims, not the architects of Zimbabwe’s crisis and collapse.

The problem goes back to leadership and governance of the country. What needs to be fixed is in Zimbabwe is bad and toxic politics; governance issues and simultaneously the economy.

The solutions are there and known, but the corrupt and incompetent kleptocrats in power are the stumbling block.

Mugabe and now President Emmerson Mnangagwa have demonstrated that.

As I was covering the 2017 coup with many colleagues from the region and around the world, in my mind I was convinced, not out of cynicism or clairvoyance, that the dramatic political events unfolding then did not signify a new beginning and would end in disaster: it was obvious that the putsch was about a party political succession battle and power, self-interest and self-preservation rather than change and reform, or a new dispensation.

It was never about change of the system, but removal of Mugabe by Mnangagwa’s military faction and then business as usual.