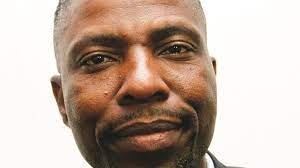 PARLIAMENT has raised a red flag over Harare City Council’s opaque billing system, saying billions of United States dollars has over the years been exposed to looting and abuse by individuals who manipulated tender processes for self-gain.

It emerged that Harare officials have been manipulating tenderers for kickbacks and are now failing to account for over US$200 million that disappeared through a suspicious billing system.

The Public Accounts Committee’s sub-committee on local authorities, chaired by Chegutu West MP Dexter Nduna (pictured), had given Harare until Friday this week to produce documentation and explain how the city lost more than US$200 million following the eyebrow-raising cancellation of a contract it had with a South African accounting firm, Quill Associates, that supplied it with an accounting software.

Nduna told The NewsHawks this week that if city official bosses remain uncooperative in explaining how the amount disappeared, Parliament will go ahead and engage anti-corruption hawks.

“What we have seen is they are using issues to do with tender in particular for their accounting system for their own enrichment,” Nduna said.

Nduna said the missing US$200 million was a tip of the iceberg and over US$1 billion could have disappeared due to the murky billing system.

“They would either bring in a contractor who has no capacity to deal with the accounting systems for Harare City Council. They ditched Quill Associates, a company that would handle 25 accounts for SAGE system which cannot handle more than 12 accounting models in Harare council or anywhere else,” Nduna said.

“They engaged SAGE for US$2.5 million and ran away from a firm they were supposed to pay US$40 000, so you can see that they then wait for kickbacks from companies such as SAGE but still ditch the same company and remain without any accounting system so that they can pilfer any moneys they get.”

“US$200 million is just a tip of the iceberg. We sought to get to the bottom of it to say why would a council as big as Harare be on autopilot and operate without a robust, resilient, effective and efficient accounting system?” the Chegutu West MP asked.

He said the conclusion by lawmakers was that some officials within the local authority were pursuing dubious deals for self-enrichment.

“The director and his henchmen have hatched a plan to siphon money out of Harare City Council in that when there is no good billing system, they can even send people manually to go and collect money for water bills instead of using an accounting system to know what the bills are and how much they are.”

“They would keep that in their heads and some ratepayers would pay, some would not pay because there is no billing system and proper record system and that is how the Auditor-General observed that Harare City Council had lost US$200 million and to who this money has gone to, we can only speculate they have done it for personal enrichment and it is there somewhere with officials from Harare City Council.”

Nduna added: “To that end, we have instructed that we want reconstruction of the records of 2019 so that we find the missing US$200 million, the paperwork and track record in terms of the history on finances.”

“We feel Harare City Council is dilly-dallying. We have brought them three times already to Parliament and, if nothing is done by this Friday, we are bringing them to Parliament for contempt besides issuing of criminal abuse of office charges with the police or the Zimbabwe Anti-Corruption Commission (Zacc).”

“They will have to answer to contempt of Parliament in that they are undermining an instruction that can actually redeem the US$200 million which, by the way, we have a feeling as a committee that it is a tip of the iceberg.”

“In their own admission and that of the director of finance, there could be a billion US dollars that has gone missing because of the void created by the accounting system.”

“A billing system is there that can reconstruct records of 2019. Whatever it is, it is useless. After shelving the first one, they went for SAGE, which still had no capacity to find where this money is.”

“It is all about kickbacks and they share, from the US$2.5 million and are given something like US$500 000 or US$1.5 million after engaging the contractor and it is sad.” “We need to bring it to a complete stop.”