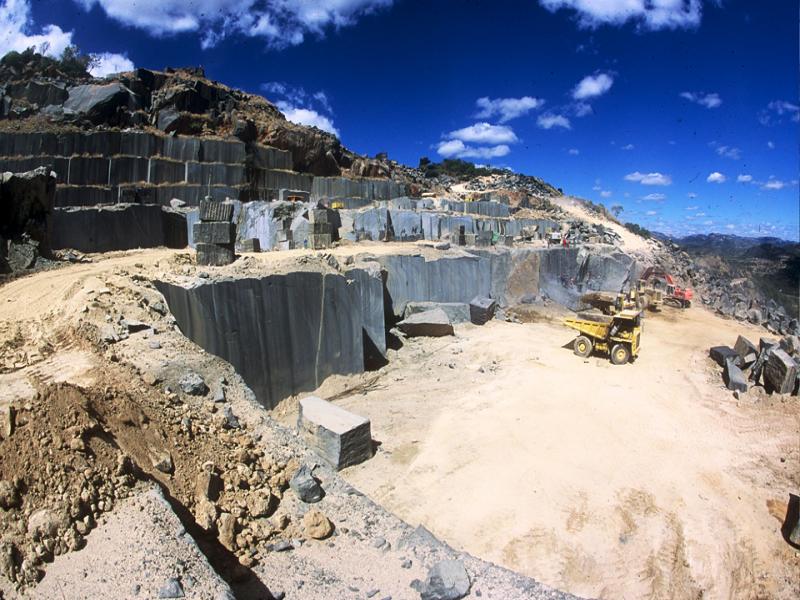 MUTOKO villagers are unhappy with granite-mining companies which are extracting the valuable stone without contributing to local development projects.
Mutoko, known for its vast black granite deposits, is located 143 kilometres east of Harare in Mashonaland East province.
Several companies have over the years exploited the granite deposits, but the people of Mutoko, comprising mostly the Buja community, say they have not benefitted from the resource.
Local traditional leader Chief Mutoko told The NewsHawsks that the resource had become a curse to his people.
“We are not benefitting anything from these miners, they are just taking away our precious stones. We want them to develop the community. We have clinics and schools which are under-developed and they have to look after those developments,” said Chief Mutoko.
“They are not even taking care of roads they used to transport black granite. They are only putting humans and livestock at risk as they leave pits without filling them after mining.”
Mutoko North, for example, has 43 schools. Of these, 25 are primary schools and 18 are secondary institutions. Out of the 25 primary schools, 19 do not have access to water and eight do not have electricity.
Three clinics in the constituency do not have running water. Mutoko Rural District Council chairperson Christopher Karimazondo said the local authority encourages mining companies to support social investment which should result in tangible development.
However, he said the companies were not investing in the community.
“To tell you the truth about black granite mining, Mutoko RDC can hardly admit that it’s benefiting enough. As we talk now, benefits are heavily outwitted by disadvantages.   Social corporate responsibility is in existence at a very minimal level which is not favourable to our communities,” he said.
“The major challenge in social corporate responsibility is time of implementation. It’s taking almost a decade to complete a project.
“A good example is Gurure Clinic which two companies had taken up (to support financially) for 11 years and still failed to complete,” said Karimazondo.
The director of Shine Faith-Based Organisation, a non-governmental entity, Reverend Mhosira, who is also the chairperson of the Zimbabwe National Resource Council, said natural resources are the real wealth of nations and are the natural capital out of which other forms of wealth are derived and, as such, should contribute to development and poverty reduction in Mutoko.
Meanwhile, commenting on land degradation, the Environmental Management Agency (Ema’s) Mashonaland East provincial publicity officer, Astas Mabwe, said the miners are putting people and livestock at risk by leaving behind deep pits without rehabilitating the terrain.
“These companies own more than two sites since the quality of black granite differs and market determines. So, you find out that a company might move to another site without filling opened up pits, creating a danger to livestock and human,” he said.
Mabwe said mining companies argue that if they fill up the pits with soil, it will become expensive to re-exploit the granite once the demand for rocks improves.
He said Ema urges mining companies to either fence off non-active sites or backfill them.—STAFF WRITERS.
Related Topics:
Up Next