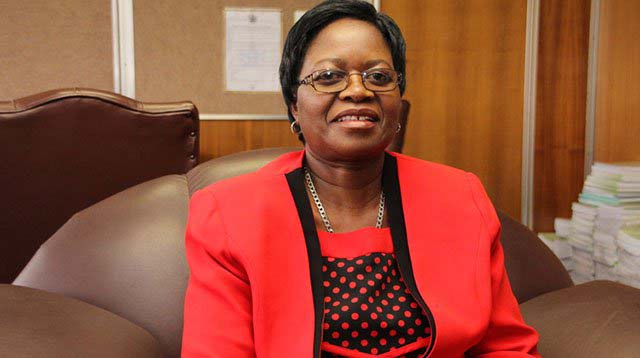 THE Ministry of Public Service, Labour and Social Welfare has been raiding the Disabled People’s Fund without Treasury’s knowledge, thereby prejudicing people living with disability (PWDs), The NewsHawks has learnt.

Many PWDs are vulnerable and have over the years failed to receive assistance from the government through the Social Welfare Department owing to a lack of resources, among other factors.

The fund was established to promote the welfare of disabled persons by providing financial resources for rehabilitation, training and engaging in income-generating and employment creation projects. Findings by Auditor-General Mildred Chiri (pictured) in her Appropriation Accounts, Finance and Revenue Statements and Fund Accounts for the year ended 31 December 2021, show that the Disabled People’s Fund made payments on behalf of the ministry amounting to ZW$181 391 in 2019, an amount that has not yet been reimbursed.

“It is acknowledged that at the time of audit, the sum of ZW$181 391 was outstanding arising from advances which had been made to the parent ministry. Prior Treasury authority had not been sought. The Ministry shall endeavour to desist from borrowing from the Statutory Funds and all the amounts that have been borrowed shall be reimbursed before close of the 2022 financial year,” Chiri said.

“There was no evidence that Treasury authority had been sought as outlined by Section 116 (9) of the Public Finance Management (Treasury Instructions), 2019 that the accounting authority should seek Treasury authority before utilising funds from statutory fund accounts for funding the Appropriation Account,” she said.

Chiri said utilisation of the Fund`s resources for unbudgeted purposes could negatively affect fulfilment of the fund’s mandate of promoting the welfare of disabled persons.

The fund is also yet to recover ZW$109 647 which was extended to beneficiaries in the form of loans, most of which date as far back as 2015, according to the report.

“The Ministry has had problems in encouraging beneficiaries under this facility to repay the loans that would have been made to them for small income-generating projects meant to empower them,” Chiri said.

The fund also disclosed an amount of ZW$102 772 as sundry receivables arising from dual payments to institutions and erroneous payments made from the fund’s bank account, which is in contravention of section 59 (17) of the Public Finance Management Act.

Effects of the fund’s gross mismanagement are being felt by people with disabilities, who have been receiving paltry allowances from the Department of Social Welfare.

The NewsHawks gathered in a survey that the ministry has been giving people with disabilities grants ranging between ZW$1 500 and ZW$3 000 after every three months. A family of five requires at least ZW$27 000 for them not be deemed poor, according to latest figures by the Zimbabwe National Statistics Agency (ZimStat).

Organisations representing people with disabilities (OPD) say little is being done to cushion the vulnerable using the disability fund.

“As far as I know, they are getting this ZW$3 000 and it is erratic. It may come this month, and maybe come again after some five months or so. Around some three or four months ago, they got around ZW$11 000 which was some kind of a backpay,” said Ishmael Zhou, chairperson of the National Association of Societies for the Care of the Handicapped (Nascoh).

The umbrella organisation represents over 70 groupings that represent people with disabilities, including Jairos Jiri, Zimcare Trust, Council for the Blind and Autism Zimbabwe, among other prominent organisations.

“I think the last time, they got ZW$1 500. Some got that amount, and some got ZW$4 000 last year in December. From January to early June, that was when they got ZW$7 500. That was after going for about six months without pay. It is money that is able to buy them a loaf or two. “In fact, we cannot say there is much social protection,” Zhou said.

“The legislation is there … but it is just not working. You can imagine – it was going to be better if the money was going to be coming every month. These people need to pay rentals, they have children and need at least three meals per day.

“Disability fund, they are also saying that now they want to transfer the fund so they can deal with small projects in line with the National Development Strategy (NDS), so that NDS will administer and charge at least five percent per annum for handling the money to clients. It is still in the pipeline. It has not started yet,” Zhou said.

Bikita RDC in another corruption storm