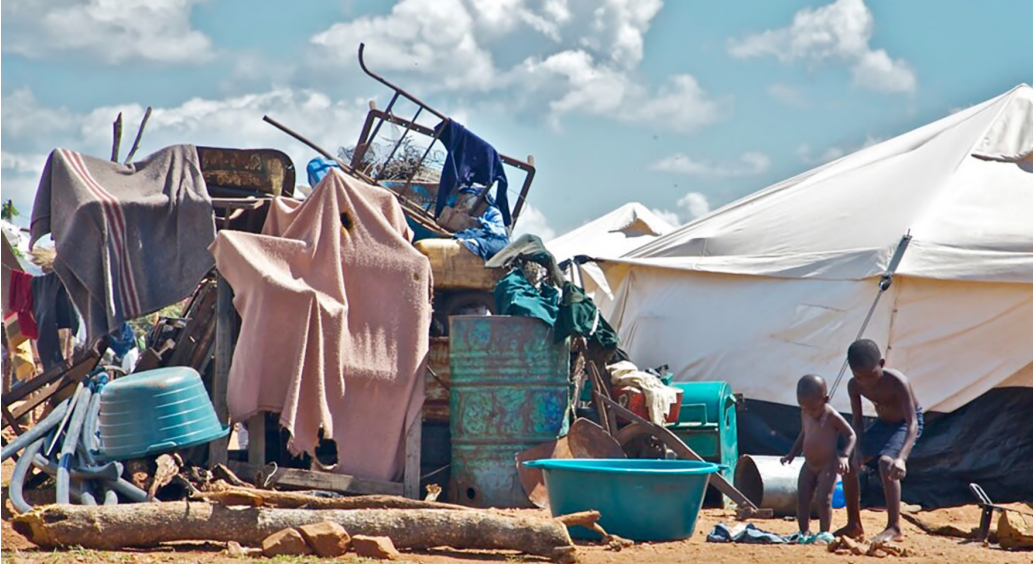 THOUSANDS of villagers who were relocated to Chingwizi in Mwenezi to pave way for the construction of Tugwi-Mukosi Dam are still living in harsh conditions, depriving them of their basic livelihoods eight years after the relocation, while the government continues failing to fulfil its promises.

In 1998, the government began constructing the 1.8 million cubic litre dam at the confluence of Tugwi and Mukosi rivers in Masvingo province.

Now called Tugwi-Mukosi Dam, the water reservoir is meant to provide irrigation water and hydro-electricity to sugarcane estates and communal farmers in the southern part of the province.

In 2011, while the dam was still under construction the government relocated people on the promise that each family would receive a 17-hectare plot of land.

Government also pledged to compensate displaced persons. Between 2012 and 2013 some families relocated to Chisase, Masangula and Chingwizi in Nuanetsi Ranch, but were allocated between two and four hectares as opposed to the 17 hectares they had been promised.

Some families resisted relocation, but were later moved to Chingwizi after heavy rains in 2014 which threatened their lives. The families are still holed up on the one-hectare plots which they were given in Chingwizi.

According to a latest report by Masvingo Centre for Research Advocacy and Community Development (MACRAD), thousands of Chingwizi villagers are living without basic needs like adequate healthcare services, clean drinking water and accessible education.

Their cattle do not have grazing pastures since most of the pastures were fenced off by private investor Billy Rautenbach who was allocated part of Nuanetsi Ranch by the government.

“An internally displaced person (IDP) is a person who is forced to leave their home but remains within the borders of their country. IDPs are entitled to the same rights that all other citizens enjoy. Eight years after hundreds of Tugwi-Mukosi families were displaced from their fertile land to one-hectare plots in Chingwizi, their rights continue to be trampled. The families were promised glory but they seem to have been forgotten. They are still living in miserable conditions and the state of affairs in the area is pathetic,” the report reads.

“The one-hectare plot is inadequate to sustain large families which used to occupy more than five hectares. Some children are growing to marry and get married and there is no land at which they can set up their own families. Fathers-in-law end up living at the same household with their daughters-in-law, a situation that is culturally un[1]acceptable in a Zimbabwean society.”

MACRAD urged the government to protect the rights of families in Chingwizi in line with the United Nations Commission on Human Rights guiding principles on internally displaced persons.

It also recommended that in addition to five-hectare plots, the government should offer at least five more hectares of land to sustain families which should follow by issuance of title deeds or at least land permits in line with section 292 of the constitution of Zimbabwe.

“Zimbabwe being a signatory to the African Union Convention for the Protection of Internally Displaced Persons in Africa should ensure that the people who were relocated from Tugwi-Mukosi to Chingwizi are adequately compensated in line with Article 12. This would go a long way in ensuring the realisation of several other fundamental rights,” the report says.

A senior government official in Masvingo told The NewsHawks that government is aware of the challenges being faced by Chingwizi villagers, which include lack of clean water, grazing pasture, adequate schools and healthcare facilities and as a province they always raise the issue with central government.

He said the Chingwizi issue is now being taken as an example by citizens who are facing relocations in the country and they have every reason to resist the locations like what is happening in the Chilonga area of Chiredzi district.

Related Topics:ChingwiziMasvingo Centre for Research Advocacy and Community Development (MACRAD)MweneziTugwi-Mukosi
Up Next