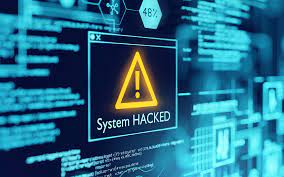 THE Zimbabwean government has maintained a tight grip on internet control, curtailing the basic rights to freedom of expression and information, a report has revealed.

The report says the state has continued crafting draconian laws which infringe on the right to access the internet, in contravention of the constitution which guarantees freedom of expression.

“Zimbabwe has five international gateways for the internet traffic, controlled by state-owned TelOne and Powertel and privately owned Dandemutande, Econet, and Africom, the state control of the two of the country’s gateways gives the government some ability to unilaterally restrict access to the internet and mobile networks,” reads part of the report.

Repressive regimes like Zimbabwe have used the internet to clamp down on civil liberties, including shutting down the internet during protests.

Under the cover of internet shutdowns, human rights organisations say security forces have violated human rights, including documented cases of assault and abduction during the January 2019 protests.

In January 2019, the government shutdown the internet gateway after widespread protests over a fuel price hike. About 17 people were killed by security forces in state-sponsored violence which further dented Zimbabwe’s international reputation.

Last year, the government also limited internet speeds ahead of the 31 July protests.

“The government of Zimbabwe limited internet speeds during the protests in July 2020. Users experienced slowed connectivity on the state-owned network Telone on July 30 and 31 after President Mnangagwa and government officials reportedly ordered connection restrictions be imposed ahead of the protest which was planned on 31 July’’.

“Government officials, including President Mnangagwa defended the 2019 internet shutdown stating that it was necessary to stop alleged crimes and violence by protestors”.

In 56 countries, officials arrested or convicted people for their online speech, the report says.

“The arrest of human rights defenders and opposition figures over their online activism, as well as the governments’ threatening statements about posting critical content, increased individuals’ hesitancy to express their opinions online during the coverage period, according to local observers”.

“The government is intolerant of online activists, particularly those that are protected under international human rights by invoking vaguely written laws to arrest social media users who criticise them,” further reads the report, citing the arrest of journalist Hopewell Chin’ono on trumped-up charges related to the use of the internet.

To maintain a grip on the internet, the government exercises control by monitoring three out of five service providers, including TelOne, Telecel and NetOne, while privately-owned internet service providers are required to register with Zimbabwe Internet Service Providers Association (ZISPA).

Exorbitant charges by the ZISPA have also been a barrier to entry for new players.
“The regulatory licence fee ranges from US$2 million to US$4 million depending on the type of service plus the 3.5% of their annual gross income to the regulator,” according to the report.

Companies partly owned by the government like Telecel had not paid US$137.5 million licence fee to Post and Telecommunications Regulatory Authority (Potraz), the reports says.

“According to Econet, licence fee requirements have been used to undermine private companies, as the state-owned firms have not been forced to pay the full amount,’’ reads the report.

Potraz’s ability to operate independently also came under the spotlight in the report, with the state control evident as management appointment is subject to Mnangagwa’s approval in consultation with the ministry of Information Communication Technology.

“Potraz is expected to operate independently, but in practice, its independence has eroded over the years, as it has become increasingly subordinated to state security agencies. In 2016, a former intelligence official, Gift Machengete, was appointed as director-general of Potraz, which observers said was an indication of the government plans to monitor restrict online activities 65.IAPs and ISPs are also subject to security screenings by the military according to sources,” further reads the report.

As big tech continues to wield economic and political power around the world, paranoid regimes have maintained a tight grip on access to and activity on the internet.

“A growing number of governments are asserting their authority over tech firms, often forcing the business to comply with online censorship and surveillance have contributed to an unprecedented assault on free expression online, causing global internet freedom to decline for an 11th consecutive year’’, Freedom House says in another report titled The Global Drive to Control Gig Tech.

The report says government interventions in the operation of technological firms had contributed to the infringement of rights of the internet users.

The report states that the “Government suspended internet access in at least 20 countries, and 21 states blocked access to social media platforms, most often during times of political turmoil such as protests and elections”

Repressive regimes around Africa like Uganda have also used the power of incumbency to control internet gateways and weaken opposition leaders.

In Zimbabwe, the government’s grip on internet use is set to tighten with the Cyber Security Bill and Data Protection Bill, which seeks to punish those who abuse social media, internet and communication networks. The legislation sailed through Parliament early this month.

This is set to criminalise the use of the internet in the country, giving the government authority to imprison perceived enemies.

Related Topics:Cyber SecurityDigital Rights
Up Next