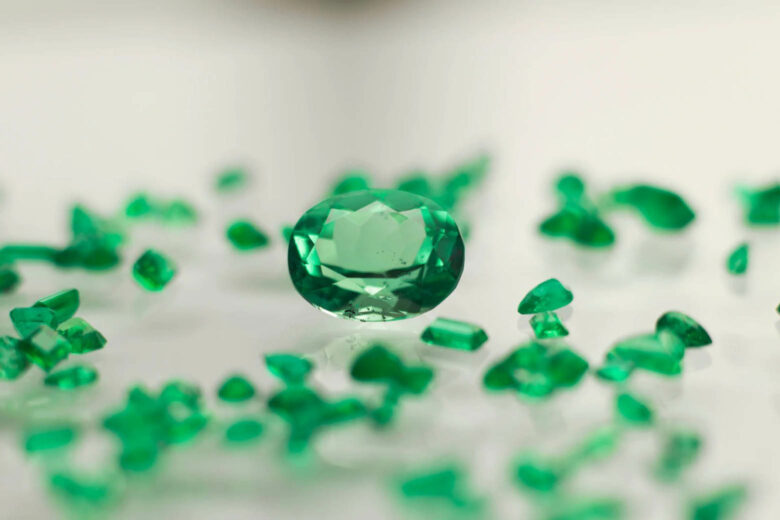 WELL-CONNECTED foreign syndicates are looting Zimbabwe’s emeralds using local proxies and taking advantage of corrupt systems to plunder and smuggle various other types of little-known precious stones spread in different places across the length and breadth of the country, a report by the Centre for Natural Resources Governance (CNRG) has revealed.

The report released, titled “The Political Economy of the Illicit Coloured Gemstone Industry in Zimbabwe”, is the product of an investigation by CNRG supported by the Global Initiative Against Transnational Organised Crime.

Aquamarine is found in Mt Darwin, Mutoko and Karoi, while tourmaline is plentiful in Mutorashanga and Hurungwe.

Another type of gemstone called heliodor is found in Hurungwe and Mt Darwin, with sapphire largely mined in Mudzi.

The report by CNRG revealed that these minerals are under serious plunder, mainly by people linked to top government officials.

“A lot of focus has been on diamonds and gold, as precious minerals, while severe illicit trading in and smuggling of coloured gemstones has been going unchecked. Organised crime in the gemstone sector is bleeding the sector of millions of dollars that should support social development in Zimbabwe.”

“Every year, Zimbabwe is losing US$1.8 billion through illicit financial flows in the mineral sector. The country receives above US$8 billion in grants and donations from development partners to support various sectors annually. As of September 2021 the country owed external lenders US$13.2 billion. If managed well, the mineral resources have potential to offset external debt and reducing the country’s high dependence on foreign aid,” reads part of the report.

The investigations by the natural resources lobby group also detected hot-spot areas of illicit movement of the minerals that should salvage Zimbabwe’s comatose economy.

“Porous borders and absence of technology to detect coloured stones: The ports of exit are not watertight. There are numerous unmanned routes used by people to cross into neighbouring countries such as Mozambique and South Africa.”

“Even through official border posts, travellers and their luggage are rarely scanned. Because these coloured stones are simply rocks which possess no obvious detectable characteristics, it has been difficult to detect by use of the current scanning equipment at the ports of exit,” reads the report.

According to the PST Act, “precious stones” are defined as rough or uncut diamonds and emeralds. Local dealers have to be licensed by the ministry of Mines and Mining Development through the issuance of Precious Stones Licences, to trade in precious stones as defined by the PST Act. Although the PST Act includes emerald which is a coloured stone, it leaves out other coloured stones of economic value precisely because they are considered as ‘semi-precious stones’. The trading or dealing in semi-precious stones was not regulated until 2019 when the government gazetted Statutory Instrument 256 of 2019.

The CNRG uncovered a lot of loopholes in the gemstone sector in which foreigners are stampeding to loot the minerals from the country.

“According to information gathered from local gemstone dealers, foreign buyers include nationalities of Zambia, Tanzania, Democratic Republic of Congo, India, Pakistan, Singapore and China who come and trade with local miners through informal arrangements.”

“These buyers engage local individuals to buy stones from artisanal miners on their behalf. They also make arrangements for their protection with security agents who in turn organise for their ease exit from the country with their contrabands.”

“Generally, foreign buyers buy the stones to supply jewelry manufacturers. Foreign illegal dealers have been targeting unaware communities and buy at a price far below the international market price. These gemstones dealers are organised with networks from the communities, borders, and up to the final destination despite the existence of online companies who are registered under the Global Online Suppliers,” reads part of the report.

Related Topics:Emaralds loot
Up Next