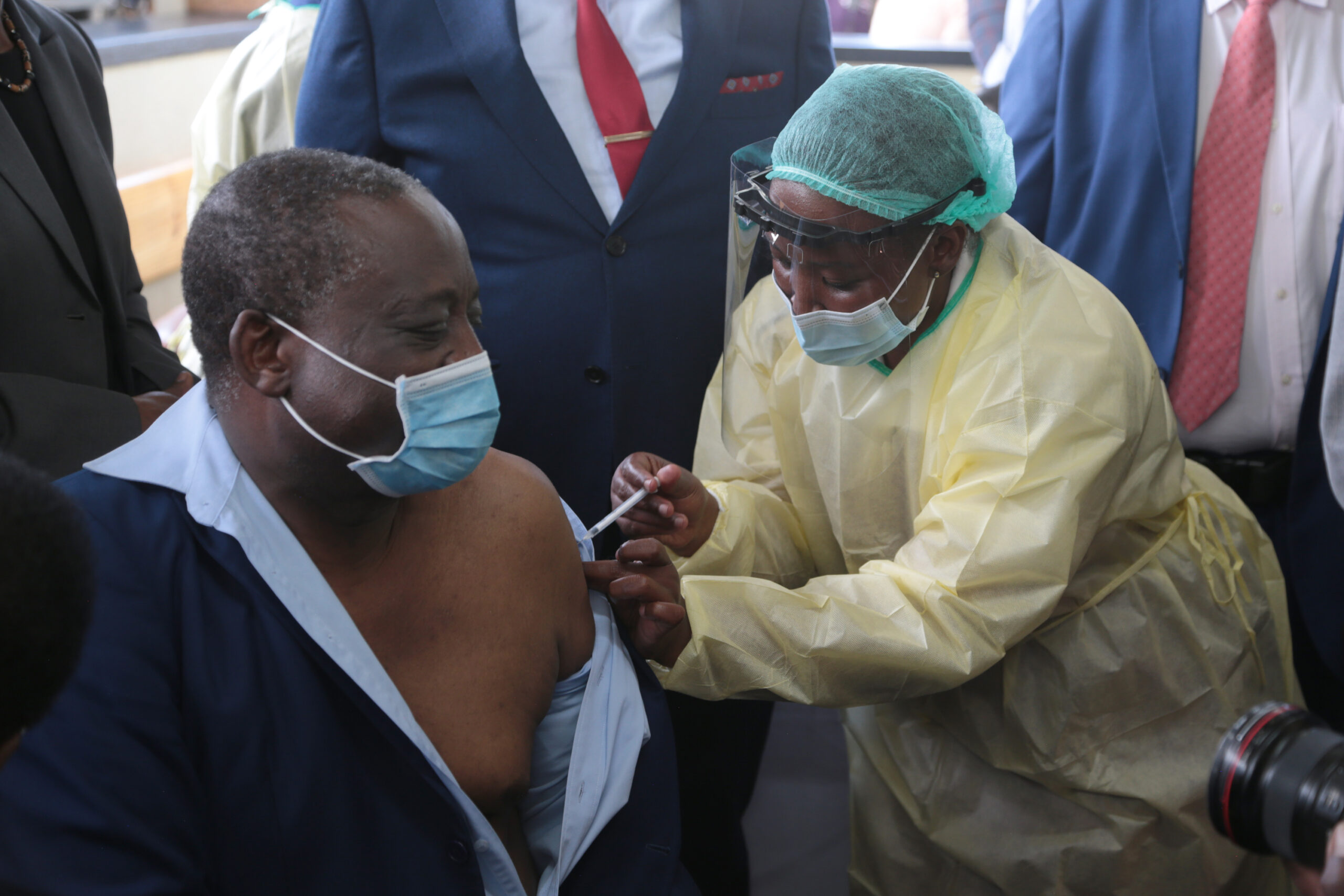 THE Senior Hospital Doctors’ Association says the government’s stance of using force and intimidation to get more people vaccinated is ill advised, as it is not backed by scientific research.

This follows an ultimatum by the government for civil servants to either get vaccinated or be banned from work with no pay.

The authorities have also barred unvaccinated people from accessing churches and recreational facilities.

The government gave its employees until mid-October to be fully vaccinated against the coronavirus. Those who fail to comply will face disciplinary action “for refusal to obey a lawful instruction”.

Zimbabwe is rated among the top 10 best-performing countries in Africa in terms of vaccination coverage, but is now using intimidatory tactics to force people to get vaccinated as it aims to get 60% of the population inoculated by December 2021.

The doctors said whilst they believe that vaccination is critical in dealing with the Covid-19 pandemic, they are concerned that barring unvaccinated people from working might increase scepticism, propagate vaccine hesitancy, and reduce uptake.

“We note with concern the lack of effort in trying to understand the local drivers of vaccine hesitancy, as well as the provision of clear data regarding the safety of the locally available vaccines, especially in our population. Such information would help in formulation of targeted mitigation measures,” the senior doctors said in a statement.

“The SHDA does not support the excessive use of force or coercion in approaching vaccination, but informed choices based on understanding and appreciation of scientifically sound facts.

“Members of the public must be allowed to choose whether or not they want to be vaccinated after being provided with sufficient information to make an informed choice, and those with other concerns regarding uptake of vaccines must be appropriately supported.”

The doctors said they respect public health interventions that are based on the most recent and credible scientific evidence and that there was no evidence to suggest that the mandatory vaccination of civil servants would prevent the outbreak of further Covid-19 waves.

They called for more investigations to be conducted to asses the  durability of vaccine-induced immunity in the Zimbabwean context.

“The herd immunity thresholds for SARS-CoV-2 remain a moving target worldwide due to emerging variants of concern. There is also need to investigate durability of vaccine-induced immunity in our local population,” the doctors said.

The SHDA suggested a number of measures to control the pandemic, including strict observation of infection prevention and control measures in the workplace and enhancing surveillance for Covid-19, including testing, treating and isolating confirmed cases, and contact tracing.

The senior doctors also called for “continued vaccination with effective vaccines, publication of vaccine surveillance data to enhance public belief in the safety o the vaccines”.

“The SHDA reaffirms its support for the containment of the Covid-19 pandemic and its negative effects on healthcare delivery, and members will continue to provide quality healthcare services to the people of Zimbabwe despite the challenging circumstances.”