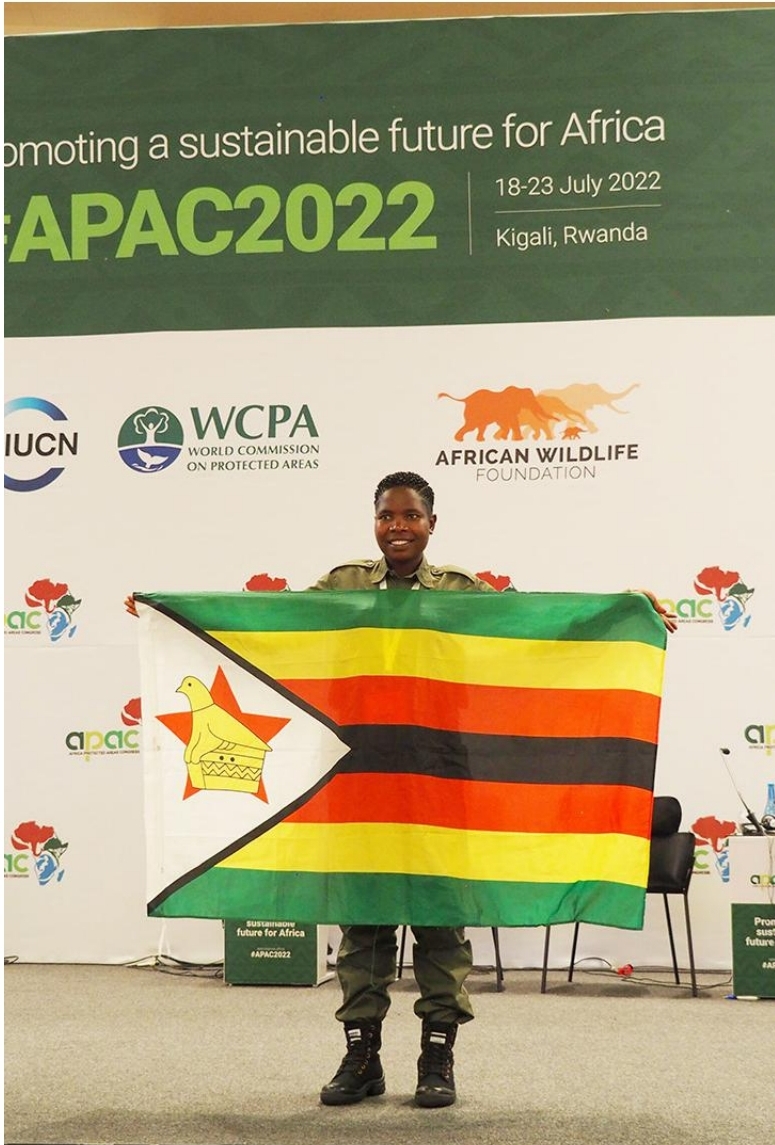 FOR one who failed to acquire tertiary education because of limited funds and subsequently married an abusive husband, Nyaradzo Hoto (30) appeared destined for a life of misery and misfortune.

Her marriage was difficult. She constantly found herself anxious and depressed.

More often than not, women who find themselves trapped in the claws of abusive partners whom they are financially dependent on usually cease to dream; they suffer in silence until their demise. But not Nyaradzo.

She has risen to become the first Zimbabwean woman to win the International Ranger Award.

The accolade, presented by the International Union for Conservation of Nature and World Commission on Protected Areas, recognises outstanding rangers in wildlife conservation and protection.

In total, seven individual rangers and three ranger teams from 10 countries in Latin America, Africa, Asia and Australasia, were recognised for going beyond their call of duty to protect earth’s wildlife while supporting local communities on 20 July in Kigali, Rwanda.

“I feel grateful to have been given this award. My courage and perseverance have helped me become a respected ranger,” she exclaimed.

Her efforts towards fighting for a better future for animals and their habitat provided her with an escape route for the trauma induced by a failed marriage.

Growing up, Nyaradzo never dreamt of taking wildlife conservation as a career.

Coincidentally, when she broke free from her abusive marriage, the International Anti-Poaching Foundation (IAPF) launched the Akashinga programme in 2017, an all-female ranger conservation force in Zimbabwe. Hoto got interested in the work.

“One thing I can remember is that I did not want to see some animals being slaughtered, especially when people slaughtered chickens and goats for meat,” Hoto says.

Through operations of the Akashinga Programme and the Wildlife Crime Unit, poaching activity has dropped significantly. From 2016, a total of 182 operations have been carried out, resulting in 360 arrests and the recovery of 522 elephant tusks.

“All rangers are from Mashonaland West and Matabeleland North local communities. Together we have managed to reduce poaching, a big sign that we are fighting and winning against poaching,” she said.

Hoto’s daughter Tariro and several other women from her community in Hurungwe are slowly being drawn to her cause, that of protecting animals.

“The rangers were mostly men, so I was excited by the prospect of joining an all-female ranger team. I also felt this was an opportunity to prove something to myself that women could accomplish something great,” she says.

Since taking on this opportunity, Hoto’s life has changed immensely, considering the hurdles she has faced in her personal and professional life, which have helped her become a decorated ranger bestowed with the highest honour – the rangers’ award.

This has also given her the courage to continue being on the frontline to safeguard wildlife.

“Being a ranger is dangerous, but because we have dedicated our lives to protecting wildlife and received ample training, we can strike a balance on and off the field,” Hoto said.

“When the IAPF started operating in our area, I was intrigued by their conservation model. I was excited by the prospect of joining an all-women ranger team and using the knowledge and skills gained from this to further my career.”

She is now balancing conservation work and education in order to equip herself in the fight against poaching.

“Right now I am pursuing my Bachelor of Science honours degree in wildlife ecology and conservation in the fourth year at Chinhoyi University.”

Hoto says she has developed a strong bond with animals over the years.

“We are used to our jobs. I do all my work and everything with a whole heart,” she says.