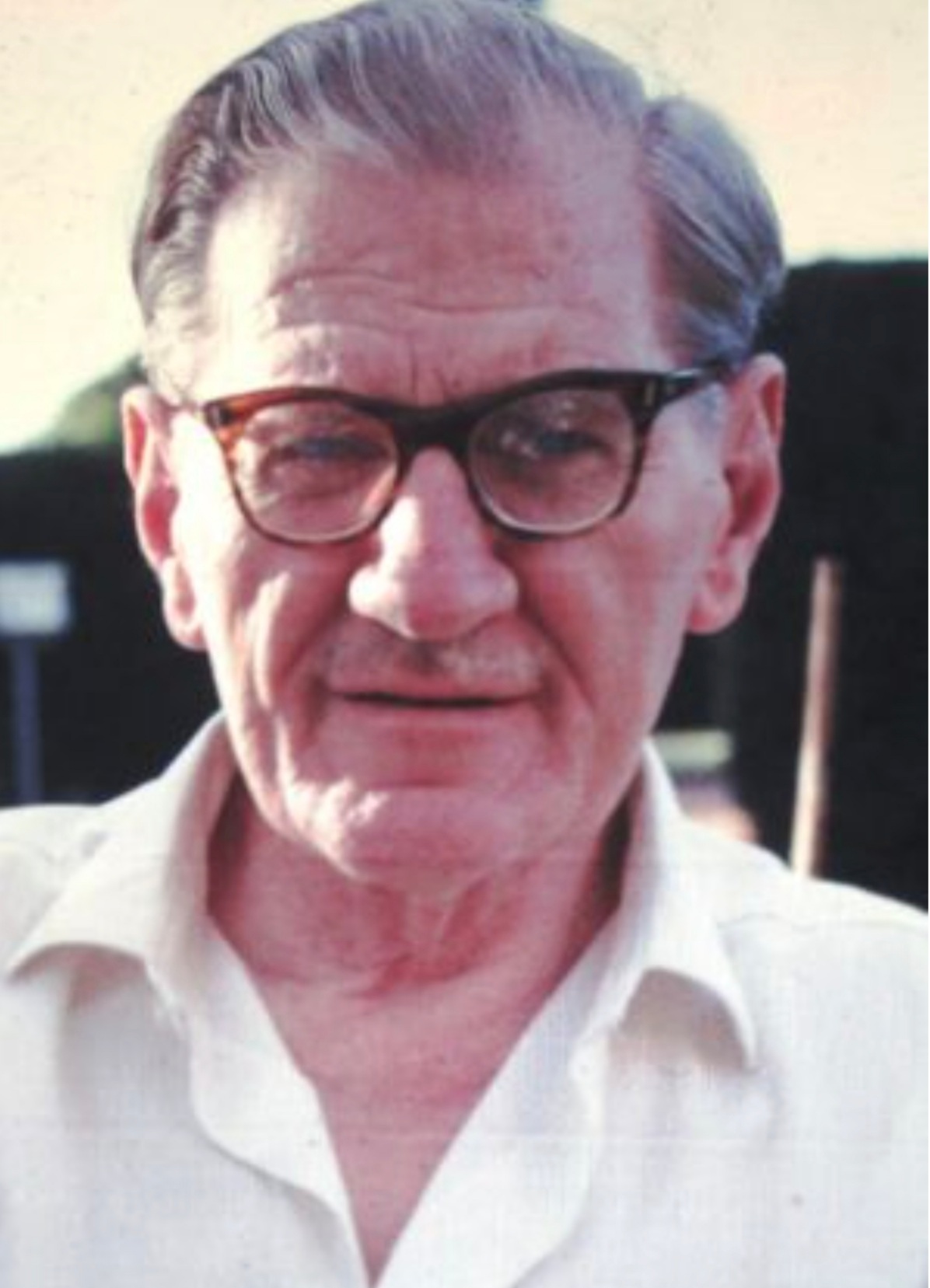 HECTOR Macdonald was appointed chief justice in 1977 and served in that position until retirement in May 1980.

Macdonald was yet another soldier. He had seen action during the Second World War. He lost his leg during the war. He had participated in the Unilateral Declaration of Independence (UDI) court decisions.

“Hanging Macdonald”, as he was known, was a dedicated supporter of the system. He tried many cases in the “special courts” that the Ian Smith government put in place to deal with “terrorists”. He would impose the death sentence without flinching. He would also not hold back from expressing political views in his judgments.

Of the many cases one could pick the appeal judgment written by Macdonald in the case of the Catholic prelate, Bishop Donal Lamont of Mutare. It reveals the political man wearing judicial robes. The bishop had been convicted by Henning, a regional magistrate sitting in Mutare, of failing to report the presence of “terrorists” and instructing his subordinates not to under the vicious Law and Order (Maintenance) Act.

He had been sentenced to 10 years imprisonment with hard labour. During the trial in the regional court, Lamont gave a long speech which was subsequently published in a book on his trial with the title “Speech from the Dock”. It is a must-read exposition of the Rhodesian oppressive system and black grievances. The bishop had been for many years a thorn in the flesh of the Rhodesian authorities.

Lamont appealed against sentence to the Appellate Division, Macdonald wrote the judgment. Macdonald said that the statement from the dock made by the bishop at his trial contained many expressions of political opinion of a political nature which are “inextricably interwoven with the purely factual and legal aspects” of the case.

As a result, Macdonald opined, it was not possible for the court to avoid dealing with them in assessing the weight of the plea in mitigation of sentence. A few quotes will suffice:

“Unhappily, some missionaries appear to have a preconceived idea that their mission in life, in part at least, will be to save and deliver the African from what he or she has been led to believe is the exploitation by and rapacity of the European. The truth is that each section of the community is heavily in debt to the other; the European to the African for providing, in the formative years of Rhodesia, the sinew and muscle of all that has been achieved in a short time, the African to the European for establishing law and order, without which nothing, least of all missionary work, could prosper and for introducing much-needed skills and expertise. It serves no good purpose and leads only to acrimony to attempt to make a comparative assessment of the contribution made by each section of the community. Such an attempt will always prove to be a sterile exercise because the truth is simply that the changes which have been brought about, transforming Rhodesia from a primitive country, racked by tribal division and conflict and plagued by barbaric practices of witchcraft, to a country with a highly sophisticated twentieth century economy with higher than average standard of living for both African and European than almost any other African country, could not have been achieved by either section of the community without the other.

“The problems which now exist are not the bitter fruit of a colonial experiment which has failed, but, on the contrary, stem directly from the success of that experiment in creating the peaceful climate in which there has been a burgeoning, not only of commerce and industry, but also of the potential of all its inhabitants. Within the lifetime of a single person, this country has witnessed a very substantial number of the African section of the community moving from a wholly rural and primitive experience to participate in a modern Western society and from a pagan and barbaric society to a substantially Christian society.”

In another part of the judgment Macdonald stated that: “The charge of oppression levelled against the European of this country by the appellant (Bishop Lamont) is as a generalisation false and provides a spurious justification for the terrorist atrocities committed against the civilian population.”

He said “…it is a monstrous travesty of the truth to describe the history of this country under European rule as one of oppression. The only oppression in recent history of Rhodesia occurred during the short period of the Matabele domination from 1840-1893, the year in which the Matabele were defeated by the Pioneers. That defeat ended the despotic reign of Lobengula, who had kept the whole of this country in thrall by the barbaric and savage use of witchcraft and the unbridled use of military power.”

Ndebele King Lobengula was the de facto ruler of present-day Zimbabwe before the Pioneer Column arrived in 1890. Lobengula presided over the Ndebele State and surrounding chiefdoms after taking over from his father King Mzilikazi who had migrated from Zululand to Zimbabwe, through use of force and co-optation.

Mzilikazi and Lobengula, like other rulers of the time, used coercion and co-optation to build their new nation.

So Macdonald deployed deflection as a strategy to blame Lobengula for settler colonial discrimination and repression; an approach that colonists used to maximum effect to fan ethnic division and hatred – the divide-and-rule strategy.

Macdonald even had the temerity to introduce in his judgment “evidence” which had not been led at trial or on appeal. He claimed that the court had gotten certain notorious facts from the “innumerable terrorist cases” that had come before the court and “as well as from other sources”.

He launched a tirade against what he believed was terrorist Communist-Marxist-Leninist ideologies. He added: “The terrorists’ debt to their Communist sponsors is such that it would be unreasonable to expect that in the unlikely event of their achieving victory they would forsake the Communists and transfer their allegiance to the countries of the Western World.”

The “unlikely event of their achieving victory” did materialise. And Macdonald faced a new challenge. More on that in a moment.

In assessing whether the regional magistrate’s 10-year imprisonment was justified, Macdonald was perturbed by the possibility of a prison sentence making the bishop a martyr. He stated: “We entertain no doubt that the appellant would enjoy the notoriety of serving a prison sentence. From a purely subjective point of view, therefore, a prison sentence will serve no purpose but such a sentence is necessary to mark the seriousness of the offence and to deter others from behaving in the same way.”

The sentence was then reduced from 10 years to an effective terms of one-year imprisonment.

On cue, upon pronouncement of the appeal judgment by Macdonald, the Rhodesian government on 23 March 1977 stripped Lamont of his Rhodesian citizenship and deported him. He did not serve a day of his reduced sentence in prison. Macdonald’s concerns about martyrdom resonated with the official view.

Anthony Roy Gubbay, later Chief Justice of Zimbabwe, represented Lamont and argued the appeal against sentence before Macdonald and two other judges of appeal in February 1977.

At trial before the regional magistrate, Gubbay was led by a South African advocate. In a speech delivered by Gubbay at the South Eastern Circuit dinner at Lincoln’s Inn (UK) on 30 June 2006 and reproduced in the tribute book on Gubbay, Anthony Roy Gubbay: A Judicial Life, edited by George Douvelos, the former chief justice recalled his appearance before Macdonald to argue the Lamont appeal as follows:

“It was said of the Chief Justice, for he had lost a leg in the Second World War, that he only tolerated counsel whose names began with ‘Mac’ and who suffered from a similar disability to his. There was none. During the course of argument the Chief Justice, who was inclined to see a communist hiding behind every bush, and who believed that every freedom fighter was one, accused me of supporting the communist cause by accepting the brief. Notwithstanding the apparent antagonism that the court felt for the Bishop, whom it labelled arrogant and self-opinionated, it accepted as strongly mitigating the fact that missions would have to close down and the lives of missionaries endangered if it became known that they reported the presence of terrorists. In short, they were put in a dilemma. The sentence was accordingly altered to one year’s imprisonment. The good Bishop did not serve a single day in prison, for he was deported from the country within hours of the judgment being handed down. The Smith regime was determined not to make a martyr of him.”

Having practised at the Bar in both Johannesburg and Rhodesia, Macdonald must have known of the Cab Rank rule which obliges counsel to accept briefs offered to him or her in courts which they practise in provided a fee is offered for his services.

On his death, The Times of the United Kingdom said this about Macdonald:

“Hector Macdonald was the last chief justice of Rhodesia in the final three years of the rebel colony’s existence. Ill-temper, an ability to rub people up the wrong way, his habit of viewing a difference of opinion as a personal insult, as well as the fact that he had a false leg, cast him as the archetypal right-wing Rhodesian judge who was presumed to be happiest when sending black guerrillas to the gallows. It was a perception he reinforced by leaving the country immediately after swearing in Robert Mugabe as prime minister of the new republic of Zimbabwe.”