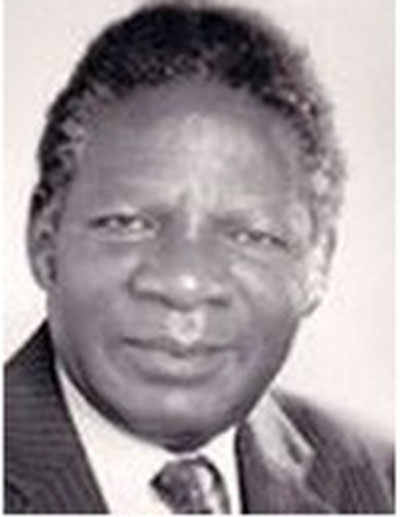 He announced the appointment of a committee of mostly legally qualified members of the House, the terms of reference of which were: (a) to examine the implications of the judgment of the Supreme Court on Mr I.D. Smith’s salary during his suspension from membership of the House of Assembly and to determine whether the House of Assembly should withdraw its resolution; (b)     to determine whether the rights of Parliament as embodied in the Privileges, Immunities and Powers of Parliament Act and other conventions were interfered with; (c)    to examine any other matters which are pertinent to the issue or related to it; and (d) to report, with recommendations, to the Standing Rules and Orders Committee as a matter of urgency.
The then Minister of Justice, Legal and Parliamentary Affairs, the current President Emmerson Mnangagwa, made a statement to the House on 21 November 1989, in which he said:
“I feel it is my duty as the minister responsible for the administration of justice in this country that I make this statement clarifying these issues. Government wishes to reaffirm the power of the judiciary to interpret the law. In terms of our law, there are three organs constituting government, namely, parliament, the executive and the judiciary…The main function of the Judiciary is to interpret laws, adjudicate and pronounce on rights and obligations and to determine whether there has been a breach of any provision of the Declaration of Rights.
“The duty of the Judiciary to determine whether or not there has been a breach of the Declaration of Rights is conferred upon them by s 24(5) of the constitution. The duty of the Judiciary to interpret and to strike out any laws which are inconsistent with the constitution and to declare actions as unconstitutional arises from the provisions of s 3 of our constitution which provides as follows: ‘This constitution is the supreme law of Zimbabwe and if any other law is inconsistent with this constitution that other law shall, to the extent of the inconsistency, be void.’
“Whilst government does not always agree with all the decisions and judgments made by the judiciary it nevertheless respects the right of the judiciary to make pronouncements on all matters of law. In this instance government respects and recognises that the Supreme Court had jurisdiction to entertain the claim by Mr Smith and to interpret the law as it saw fit. In the present instance government has studied the Supreme Court judgment and is satisfied that the judgment is sound and correct in law.
“But that, however, is not the major point. The important point is that courts have the power to interpret the law as they see it fit. Inevitably, a decision or judgment of the courts on a matter involving a personality as notorious as Mr Smith of the UDI track record is bound to draw considerable criticism from members of the public.
That is a healthy development in a democratic society such as ours. Whether Mr Smith will get paid or not is a matter for parliament to decide. If parliament decides not to pay it would have to take the necessary corrective legislative measures or otherwise regularise its decision.”
In April 1990, the committee appointed by the Speaker submitted its report to the House, but the report was not considered before Parliament was dissolved preparatory to the 1990 general election. When Parliament reconvened, it decided to accept the recommendations of the committee and to pay the appellant in accordance with the Supreme Court ruling.
Related Topics:
Up Next

Kaunda, the philosopher king who fell with dignity