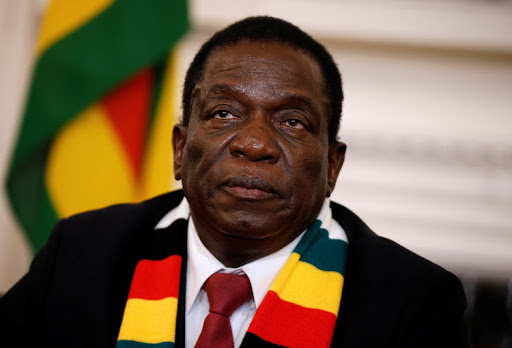 THE convoluted case about accountability and the rule of law in which a Harare man Tichaona Mupasiri has filed a Constitutional Court (ConCourt) application against President Emmerson Mnangagwa’s appointment of former minister Patrick Chinamasa as embattled Air Zimbabwe chair has taken a new twist.

The matter, case number CCZ 34/21, has been set down for hearing on 9 March. It has now drawn in Zimbabwean-born South African businessman Mutumwa Mawere after Mnangagwa and his law firm DMH Commercial Law Chambers mentioned him in their answering affidavit on 24 December 2021.

ACL is the sole shareholder of Shabanie Mashava Mines (SMM) Holdings, which is incorporated in the United Kingdom.

This has led to the matter being referred to the British embassy in Harare, causing a row with the respondents.  SMM, now in ruins, was once an asbestos conglomerate under Mawere, employing thousands of workers and sustaining the Midlands province.

However,  the Zimbabwean government in 2004 launched a hostile takeover of SMM Holdings through the controversial Reconstruction Act, blamed by many for destroying several companies. Mnangagwa was reportedly behind the seizure of the company after a fallout with Mawere.

At the core of Mupasiri’s application though is Mnangagwa’s actions concerning the affairs of SMM Holdings, Air Zimbabwe (Private) Limited and Hwange Colliery Company Limited, as well as the pursuit of truth and justice by invoking the constitution and the rule of law.

“This application is concerned about holding public office bearers to account for their conduct and ensuring that the first respondent (Mnangagwa)’s conduct is subject to public scrutiny and interrogation,” he says.

Mnangagwa appointed Chinamasa to head the AirZim board in June 2019, hence he is cited as the first respondent, while Manikai is the second respondent.

Mupasiri indicated in his founding affidavit that no relief was being sought from Manikai, who is said to have made some revealing remarks last year about Mnangagwa’s actions, as he is cit ed to assist the court in determining the matter in the interest of justice.

“There was no suggestion in Mupasiri’s papers that speak to the vindication of SMMH as the sole shareholder of SMM in relation to the reconstruction of the company,” Mawere says.

“You (Manikai) gave a version to (Frederick) Mutanda that the President was part of the persons who were involved in scheming the process that led to the reconstruction of SMM in the manner it was implemented.”

Mawere adds: “It is not for you to then start implicating people on a scandal that you directly authored.”

Manikai, whose agency as the President’s lawyer has been called into question by Mupasiri, is said to have made remarks implicating Mnangagwa in the SMM demise in a chat with Mutanda on 27 March 2021.

In his application, Mupasiri says Mnangagwa appointed Chinamasa to head AirZim, a company whose control and management was divested from its directors and shareholders. The case has drawn in South African courts, judges and President Cyril Ramaphosa.

It also has a Zambian dimension amid allegations of corruption and looting of funds. Although the application, as shown by Mupasiri’s founding papers, is focused on section 167(2)(d) as read with section 167(3) of the constitution as set out on paragraph a(4) of Mnangagwa’s answering affidavit, the President on b(6) instead targets Mawere: “A proper consideration shows the application champions the cause of SMM Holdings. Mr Mutumwa Dziva Mawere also deposed an affidavit in support of the application”.

In essence, Mupasiri wants people responsible for the demise of SMM Holdings, who are causing suffering among shareholders and employees, held accountable for their actions.

Mawere says Mnangagwa’s narrative that the application is mainly about the allegation that the Reconstruction Act is invalid and violated rights of SMM Holdings shareholders has now created a factual dispute as to the true nature of Mupasiri’s cause of action.

“It is disingenuous for President Mnangagwa to seek to import a cause of action when the applicant has chosen the question he would like the ConCourt to test,” Mawere says.

“Mupasiri’s application is strictly concerned about the failure and refusal of the President to comply with his oath or duties when information was made available to him that the effect of your (Manikai or lawyers) averments was to undermine his integrity and public confidence in his fitness to hold any public office. Mupasiri says control of SMM Holdings was vested in an administrator appointed by the Justice, Legal and Parliamentary Affairs minister – Chinamasa – pursuant to the operation of the Reconstruction of State-Indebted Insolvent Companies Act 2005.

“By engaging in a self-help scheme, interposing himself as a shareholder of Air Zimbabwe, the first respondent (Mnangagwa) failed to fulfil his obligations in terms of s90(1) and s90(2)(c) by clothing himself with the right to amend to the Reconstruction Act that specifically vests the control and direction of the company under the administrator,” the application says. – STAFF WRITER.