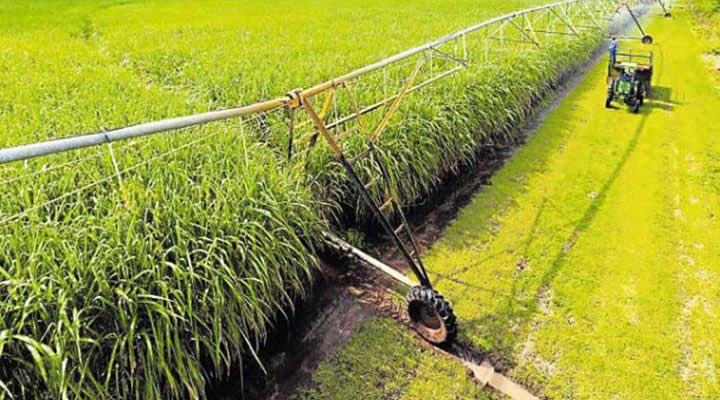 HIPPO Valley Estates Limited’s domestic sugar sales have been under sustained  pressure due to suspension of customs duty on basic commodity imports.

It has, however, registered improvement in yields at its plantations.

In an analysis of the company’s performance, Inter Horizon Securities says business has been difficult for the sugar firm due to Statutory Instrument 98 and its impact.

“Domestic sugar sales for the industry were impacted by SI 98 allowing duty free importation of basic commodities from neighbouring countries, sugar being one on the list,” IH Securities says.

“Despite subdued demand in the domestic market, sugar exports by the industry performed well aided by increased volume allocation on the United States Tariff Rate Quota from 13 087 tonnes to 17 751 tonnes.

prioritisation of supply into the domestic market. Total export volumes were up 19% to 32 265 tonnes, whilst aggregate sales slid 3% to 293K on account of the domestic market. Ebitda (earnings before interest, taxes, depreciation and amortisation) margins remained elevated above historical averages at 61%, whilst OCF/Ebitda dropped from 25% in the same period last year to 1.6% due to aggressive working capital changes. Hippo declared an interim dividend of USc0.3 giving a dividend yield of 0.99% at current levels.”

On 17 May 2022, government, through the minister of Finance, introduced SI 98 of 2022 which immediately and wholly suspended customs duties on importation of basic commodities. The principal regulations amended by SI 98 of 2022 were under the Customs and Excise (Suspension) Regulations, 2003, published in Statutory Instrument 257 of 2003.

“The operating environment in the first quarter of the financial year saw increased deterioration of macros on the back of imported inflationary pressures and a rapidly deteriorating currency,” it says.

“Subsequent contractionary measures from the central bank to slow the rate of inflation also had the effect of inducing a liquidity crunch. Whilst the rainfall season was not as pronounced as the previous year, cane contribution from the company’s plantations grew 12% y/y [year-on-year] aided by improvements in yields from 101tn/hectare to 107tn/hectare.

“However, cane deliveries from private farmers underperformed the comparable season by 5% as spells of wet weather delayed harvest operations. Overall tonnes milled grew 2% to 1 310 000 tonnes with Hippo Valley contributing 735 000 tonnes whilst private farmers brought in 575 000 tonnes. In terms of sugar production, the marginal increases in tonnes milled were unfortunately diluted by poor quality of cane leading to a decline of 3% in sugar output to 157 000 tonnes. The company’s share of total production remained relatively flat in 1H23 registering at 53.11% versus 52.9% in 1H22.”

“Forecasts for rainfall in 2022/23 season are weighted towards normal to above average downpour increasing irrigation water cover which is currently set to cover two planting seasons easing constraints on production,” it says.

“However, downside from prolonged wet spells include waterlogging potentially compromising the improvement in yields. On this backdrop, we expect annual cane production to remain flat at 1 655 000 tonnes. On the demand side, the government announced that it will not be extending the exemption of import duty on basic commodities aiding a marginal recovery for sales into the domestic market going into the company’s last quarter.

“Sales volumes year-on-year are expected to trend sideways with the top line being supported by elevated prices of agricultural commodities.”

The suspension of duty under SI 98 of 2022 was effective for six months – from 17 May 2022 to 16 November 2022. Its effect on cross-border trade is to totally or wholly suspend payment of duty on cooking oil, margarine, rice, flour, salt, bath soap, laundry soap, washing powder, toothpaste and petroleum jelly during the said period, regardless of their country of origin and quantities (bulk and small).

By wholly suspending duties on the above listed basic commodities, it meant that anyone could import the products duty free during that applicable period.

To complement efforts to avert serious shortages of basic commodities in the economy, government through the ministry of Industry and Commerce gazetted Statutory Instrument 103 of 2022 on 20 May 2022 – three days later.

This instrument removed the mandatory demand for import licences on the same seven categories of the basic commodities covered by SI 98. This also implied that sugar, milk powder, infants milk formula, petroleum jelly, bath soap, laundry bar and washing powder could be imported by anyone without the need for import permits or licences. – Staff Writer.

Axia exits ZSE for VFEX to gain access to US$ capital