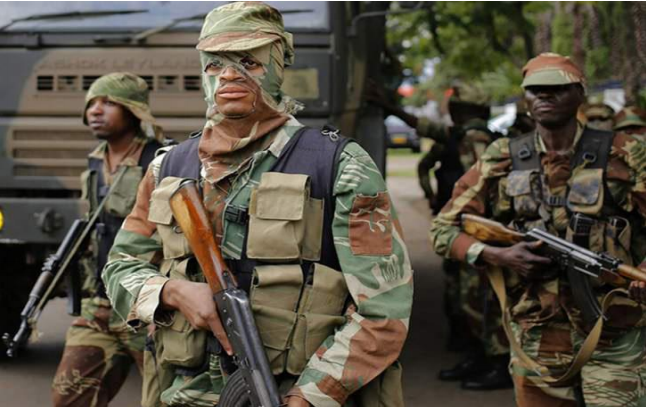 FOUR of the longest-serving African heads of state came into power through military coups — and, while they are now over 70 years old, they are not showing any signs of leaving office.

They are: Teodoro Obiang Nguema Mbasogo of Equatorial Guinea, with 43 years in office; Paul Biya of Cameroon, with 40; Denis Sassou of the Republic of the Congo with 36; and Uganda’s Yoweri Museveni, also with 36 years in power.

Nguema, the world’s longest saving president, will be seeking re-election on Sunday.
Young junta leaders, some of whom were born after the strongmen usurped power, look up to them.

Four of Africa’s youngest leaders at present are aged between 34 and 42. They also came into power through military coups.

Before grabbing power, Doumbouya trained and served as a French legionnaire, while Deby also trained in France. Goïta received training in France, Germany and the United States. Traore, at some point, was part of a United Nations peacekeeping force in Mali.

But none of them hold the record for the youngest coup leader in Africa. Those bragging rights belong to Valentine Strasser, who, three days after his 25th birthday in 1992, led a coup in Sierra Leone.

He ruled for four years before being deposed in another coup by his deputy, Julius Maada Bio, who was three years his senior.

Bio, having spent time as an opposition leader, bounced back in 2018 to become president once more.

The modus operandi has not changed much over the years.

Uganda’s Museveni led rebels in 1986, who capitalised on the chaos after a coup by Milton Obote’s generals, Brigadier Bazilio Olara-Okello and General Tito Okello, in 1985.

Museveni’s National Resistance Army seized control amid the confusion when the two generals’ military council failed to find its feet.

In Mali last year, UN secretary-general António Guterres described a series of events as an “epidemic of coups”.

Goïta led a coup to remove Ibrahim Boubacar Keita. Thereafter, there was a brief period, led by a civilian transitional government, but within nine months Goïta arrested the civilian leaders, signalling another coup.

Mali’s neighbour, Burkina Faso, experienced a coup in September this year, just under a year after the previous one.

According to a report by academics Jonathan Powell and Clayton Thyne, Sudan has had the most coups, with 16, followed by Burundi, with 11. Tied at 10 each are Sierra Leone and Ghana.

Democracy on the decline

A 2021 Afro barometer study indicates that 75% of Africans reject coups and that 69% prefer democracy over any other kind of government.

Coups in Africa, on the other hand, are common in the Sahel region and have dominated debate at the African Union.

In the Sahel, the situation is made worse by illicit trafficking, crime and extremism, alongside growing global power competition, which has seen Russia’s mercenary outfit, the Wagner Group, get involved in countries like Mali.

Besides statements, such as AU Commission chairperson Moussa Faki Mahama expressing “his deep concern about the resurgence of unconstitutional changes of government in Burkina Faso and elsewhere on the African continent”, nothing much is done.

For Ian Bremmer, author of The Power of Crisis, “democracy is a better system. It’s more just. It’s more humane, but it’s not winning”.

According to the Economist Intelligence Unit Democracy Index for 2021, less than 50% of the world is democratic.

Sarah Repucci and Amy Slipowitz, authors of the Global Expansion of Authoritarian Rule report by Freedom House, say “if democracy’s defenders do not work together to help guarantee freedom for all people, the authoritarian model will prevail”.

One country struggling to get back to democracy is Chad, which for 30 years was ruled by the late Idriss Déby, 68, who was killed last year as he battled rebels on the frontline.

But, after his death, the army appointed his son, Mahamat Idriss Déby Itno, a military officer in charge of the presidential guard.

His mandate was to govern for 18 months as the country prepared for democratic elections.
The 18-month period elapsed this week, and there are clashes between the junta and the masses, who are calling for elections.

Ned Price, a department spokesperson, has called for an end to the hostilities.

“As the Chadian people pursue their aspirations for a credible transition to democracy, we call on all parties to refrain from violence and to prioritise dialogue and respect for human rights of citizens, including the right to freedom of expression and peaceful assembly,” he said.

There have been about 475 global coup attempts since 1950: Research