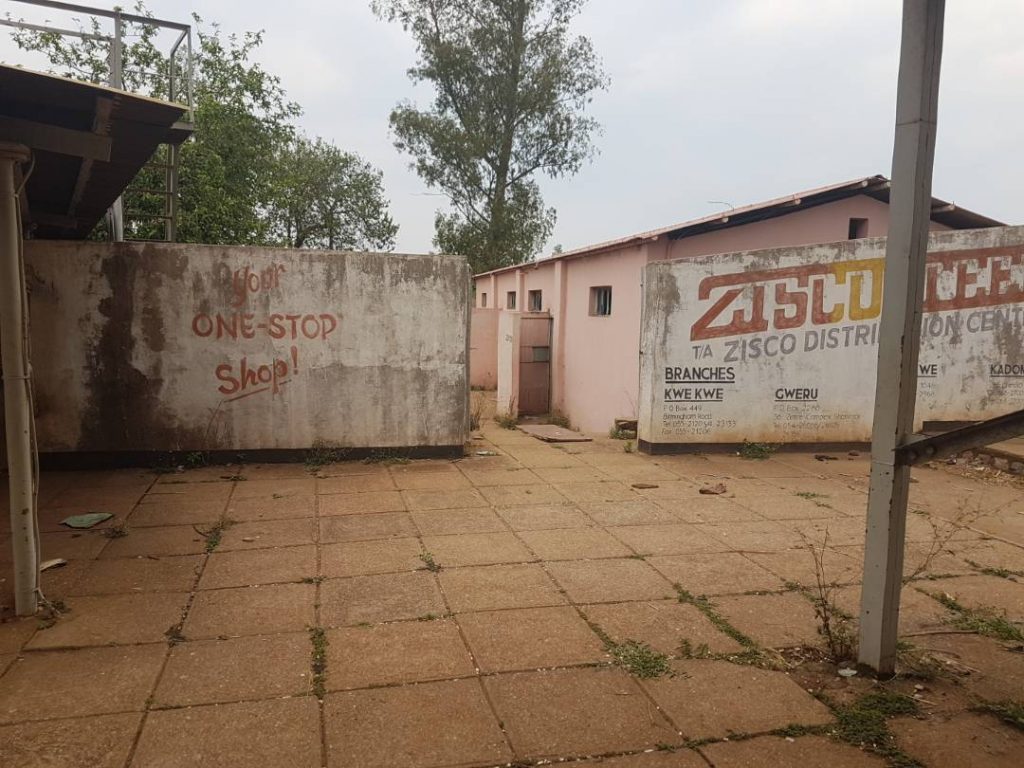 AT a glance, one can mistaken this for a normal compound where people go about their normal day-to-day work after seeing children dashing and frolicking across the complex’s courtyard.

Years ago, the place — Torwood Hospital — was a bustling health centre serving Redcliff, a town located some 234 kilometres southwest of Harare and 22 kilometres from the Midlands city of Kwekwe.

The hospital has undergone immense transformation. Wards and offices have been turned into living quarters and the accommodation space is being rented out.

Its porch, once a fine work of architecture with beautiful colourful flowers, has been overridden by weeds. Windows, broken over the years, hang loosely from rustynnframes.

“There are churches who use the premises on Sundays,” says Herbert Moyo, a tenant at what used to be a well-run hospital, now a bustling residential area.

Outside the main premises is an oblong facility surrounded by a sagging fence. People used to bring prescriptions to buy medicines from the facility.

The former pharmacy is now the headquarters a carpentry workshop. Outside it, an artificial canvas banner nailed on one of the walls beckons customers to the furniture shop.

Part of the shop’s porch has been modified to allow more light into the poorly lit room.

“I have been here since last year (2021) in June; I make various types of furniture from wardrobes to beds,” says Elvis Chabata, the pharmacy’s new occupant.

The mortuary, now run by First Funeral Assurance, is the only functioning wing of the former health facility.

Residents are clear on why the hospital was shut down. It is linked to the demise of Ziscosteel, once an intergrated steel-making giant, looted to a shell by ruling Zanu PF officials and senior bureaucrats.

Ziscosteel was the heartbeat of Redcliff and, upon its death, everything around it crumbled.

“Before Ziscosteel closed down, everything was flowing quite well,” said Munyaradzi Munikwa, councillor for ward 2 in Torwood, Kwekwe.

“We had several hospitals. There also used to be more medical centres, many of which have closed down due to poor administration,” he said.

Patients are now directed to Kwekwe General Hospital from various council polyclinics like the nearby Torwood Polyclinic.

The 22-kilometre journey to Kwekwe General Hospital is often perilous, as the area is awash with machete-wielding gangs who often rob and even kill travellers.

The standard of living in Redcliff has deteriorated over the years, with many families failing to make ends meet as they relied on Ziscosteel for survival. Many patients referred to Kwekwe General Hospital have to walk to the health facility, risking encounters with the marauding machete gangs.

To some residents, paying a US$1 bus fare to Kwekwe General Hospital is a non-starter.

Hospital bills are beyond the reach of most residents, many whom are unemployed and survive on selling tomatoes and scrap metal.

Wilbert Mushakanhu sells scrap metal. He had to shelve his educational ambitions so he could raise money to survive.

“I cannot even raise two dollars a single day. The little I get is consumed by food and other basic commodities,” says Mushakanhu as he shovels through a knoll of clanging plastic and metal tins.

Most people like Mushakanhu cannot afford medical care should the need arise as they have unstable income sources.

The hospital’s demise is a tip of the iceberg. The whole Redcliff service system is crumbling and in many cases non-functional.

One of the town’s entertainment landmarks, Torwood Stadium, has surrendered its past glamour. This was the home to a well-funded Ziscosteel Football Club, once a very competitive outfit on the local scene.

Many great players played for Ziscosteel as they made Torwood Stadium a fortress among them the late Paul Gundani, who played for the Zimbabwe national team and later championed the welfare of soccer players as secretary-general of the Footballers’ Union of Zimbabwe. Gundani died in 2015 at Topomasi Private Hospital but, who knows, if Torwood Hospital was functioning well, he may have had his last breath in his beloved Torwood, where he made a name for himself.

At other leisure areas like parks, tufted grass now grows from the parched earth, dominating an area once covered by lush green turf. With economic hardships deepening countrywide, crime has been on the rise in Torwood.

“Living in Torwood alone is becoming unsafe. It is a confirmation of poverty status. Only yesterday, someone was hit on the head and sustained a broken skull,” said Piwai Marisa, a Torwood resident.

Marisa believes the amount of evil in Redcliff is at a point of no return.

“The problem accelerated after the discovery of gold. Machete-wielding thugs found their way into the area. We know the culprits and where they live – and even police do, but if you report and are identified by the thugs, you will not have any protection after.

“Even police officers are afraid. No one can risk life pursuing a case in which they are likely to be killed,” Marisa says.

The shambolic state of Redcliff has been attributed to low disposable incomes. The company used to employ at least 6 000 s who were later retrenched in 2016.

“When Ziscosteel closed down, most downstream companies closed and most of the people could not pay bills. Other residents are into small-scale coal mining working under inhumane conditions without any protective clothing and others,” said Councillor Munikwa.

“Since the company closed down, there are several people who have died without getting their pensions among other benefits.”

The Zimbabwe Congress of Trade Unions (ZCTU) says most workers were affected by the transition from the Zimbabwe dollar to the United States dollar in 2009.

Pensioners across all sectors of the economy who retired between 2007 and 2009 lost their lumpsums due to adverse hyper-inflation which wiped out their balances in banks.

Upon the demonetisation of the Zimbabwe dollar, pensioners only received as little as US$5 as their one-third lumpsum benefit.

“This is a sad story that has been happening over and over,” says Japhet Moyo, ZCTU secretary-general. “Former president Mugabe commissioned the Smith

Commission of Inquiry which looked at how workers were short-changed on the transition from the Zimbabwe to the United States dollar regime.

“Pensioners’ money saved in local currency could not cross, but properties all over town bought by pensioners’ money managed to cross over. People had their money stolen, and Ziscosteel workers make the lot.

“We want justice for workers in line

with the commission of inquiry which talks about compensation to workers for what they contributed,” Moyo says.