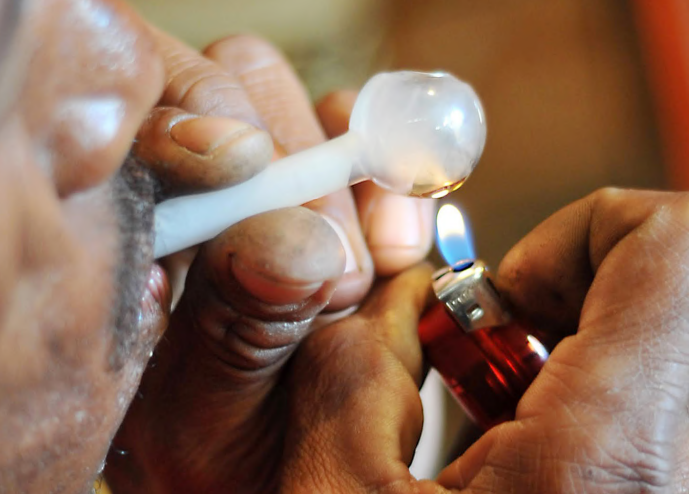 A RESEARCH study has ranked the main factors which hinder youths who abuse crystal meth from accessing treatment services, with stigma and privacy issues the most common.

Crystal meth is a strong and highly addictive illicit drug which gives a hallucinatory effect to users. As consumption of the dangerous drug has risen, the mental health of addicts has taken a severe battering, with six out of 10 patients admitted to mental institutions suffering from drug-related issues, according to narcotic experts.

In Mbare, one of the country’s oldest townships, at least 10 young people die daily of drug-related illnesses, with crystal meth claiming many youths.

Stigma and privacy issues have emerged as the most prominent reasons why youths do not utilise treatment services, according to research titled: “Low utilisation of treatment services among youths with crystal meth use-related problems. Findings from working with Mubatirapamwe, a treatment service provider in Harare, Zimbabwe.”

Findings of the investigation show that 85.4% of the youth who participated in the research were deterred by what other people will think of them should they leave the drug or seek treatment.

“According to the participants, the item ‘I am concerned about what other people will think of me’ played the most significant role in deterring utilisation of treatment services,” reads part of the report.

The second most common factor has been a view taken by drug abusers that crystal meth is normal and not harmful, while a further 82.2% of the respondents said they were not ready for rehabilitation.

“This factor was endorsed by participants who could perceive that they are in a problem situation, but were however not ready to embark on a journey of change. The item ‘I like meth and I don’t want to give up’ was endorsed by 78.8% of the young participants,” read part of the study.

The research ranked financial problems and time constraints as the fourth most influential factor, with 77.1% of the participants saying they could not afford to pay for treatment costs.

In low to middle income countries such as Zimbabwe, the recent surge in the use of substances, particularly among the youths, has been attributed to economic hardships such as rising unemployment.

Already condemned to a life of poverty due to Zimbabwe’s economic problems, youths are trapped in a growing drug problem that has caused deep-seated social problems.

Excessive use of crystal meth leads to several side effects, including increased attention, higher levels of activity, decreased appetite, reduced fatigue, a feeling of power and euphoria. Other side effects include irregular heartbeat, high blood pressure, dry mouth, and loss of appetite.

Youths who abuse crystal meth also suffer from hallucinations and paranoia, known as “kutsomwa” or “kuteerwa” in street lingo.

Most participants said they were worried about bad feelings that would accompany withdrawal from the use of crystal meth. Lack of information ranked as the least influential factor in participants’ decision to getting treatment services.

“The item ‘I think that going for help might get me in legal trouble was endorsed by 72.8% of the young people participating in the study. It is estimated that 269 million people globally — approximately 5.3% of the global population aged 15-64 years — used drugs in 2018, according to the World Drug Report of 2020.

“To mitigate the effects of stigma against substance use, and to motivate people using substances to seek treatment, there is need for greater awareness on mental health issues in general.

“Employment creation and provision of recreational facilities could aid to divert the youth’s attention to more productive activities. Instead of focusing on the stance of implementing strategies to motivate youths to seek treatment, which may burden the healthcare system in the long run, health promotion practitioners may alternatively create employment and recreational facilities pathways to save youths from needing treatment in the first place,” recommends the study.