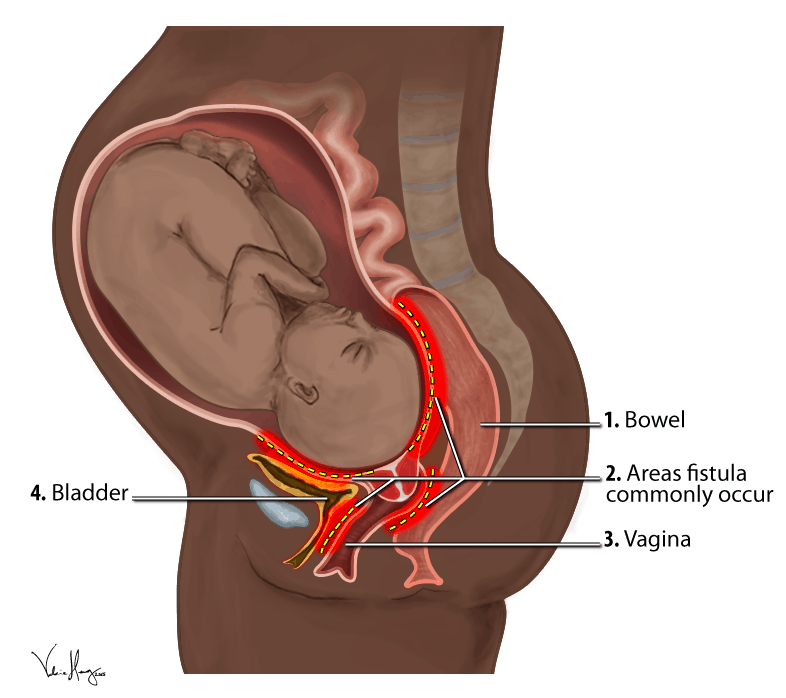 AMID an ever-worsening economic crunch in Zimbabwe, as well as the country’s consistently measly healthcare budget and collapse of the healthcare system, the Covid-19 pandemic is worsening the obstetric fistula condition for women.

Obstetric fistula is a medical condition in which a hole develops in women’s birth canal as a result of labour.

An investigation by Amnesty International found that government has failed to allocate sufficient resources to the health sector and this is harming vulnerable women.

Despite declaring a policy of free maternal services, the Zimbabwean government has not funded or operationalised relevant initiatives. Lack of ambulances and high fuel prices are compounding delays that women and girls experience reaching and receiving care at health facilities.

“The situation is urgent as the country weathers the impact of the Covid-19 crisis and barriers to maternal health services are increasing,” Amnesty said in a report titled I Never Thought I Could Heal From This: Barriers To Treatment and Human Rights Abuses Against Women and Girls With Obstetric Fistula in Zimbabwe.

“Amnesty International also found that various economic and cultural challenges undermined women’s agency to make decisions on where to give birth. A preference for home births was influenced by traditional practices and/or the costs associated with giving birth in health facilities, limiting women’s access to quality intra-partum care,” it says.

“However, in some cases, home births were found to expose pregnant women and girls to dangerous health complications and violence. This report documents serious abuse that may amount to torture and ill-treatment of women and girls committed by private individuals, during labour at home. Women and girls were left with life-changing injuries and often hospitalised for weeks or months and faced astronomical bills as a result. The government of Zimbabwe has an obligation to investigate these cases.”

The report says the problem is very prevalent, but government is struggling to provide critical health services. The situation is exacerbated by the Covid-19 pandemic ravaging the world, especially fragile economies like Zimbabwe’s.

“The government’s efforts to increase access to treatment for obstetric fistula risk being totally undermined, unless there is simultaneous action to prevent new cases occurring,” it says.

“However, the escalating political and financial crisis since 2018 and the emergence of Covid-19 have jeopardised Zimbabwe’s health system and undermined the fragile progress the country has made in improving maternal health outcomes over the past decade.”

Zimbabwe’s maternal mortality ratio peaked in 2010 at 960 deaths per 100 000 live births – a steep rise from the rate of 283 in 1994 – as political and economic instability in Zimbabwe during the period 2000-2010 escalated household poverty levels and undermined the public health system.

Government spending on health per capita declined dramatically over the period, from the highest levels in sub-Saharan Africa at “US$42 in 1991…to just under US$6 in 2009.”

Analysis by Zimbabwe’s development partners indicates that by 2011 “maternal and child health were the most underfunded programmes in the health sector.”

Health spending improved to US$57 per person in 2017, but was estimated to have sharply declined to US$21 in 2020, which puts the gains made by the country over the years at risk.

Since 2011, fragile gains have been made in relation to maternal health outcomes, with the assistance of international development partners. The country’s maternal mortality ratio declined to 462 per 100 000 live births in 2019.

However, Zimbabwe’s development partners have emphasised that the country’s prospects of improving health outcomes rely on the country’s “economic recovery and political stability” – conditions which remain elusive.

Interventions to tackle the problem have been stymied by the Covid-19 pandemic.

“The Ministry of Health and Child Care Fistula Programme provides a positive start for a national information campaign and the treatment of people with obstetric fistula. Women who have received surgery for fistula expressed a desire to be ‘ambassadors’ and work with community members to provide information and help change attitudes,” the report says.

“As participants at Amnesty International’s community drama and dialogues stressed, ‘we must teach each other that it [obstetric fistula] is curable’. Raising awareness about the causes and treatment of obstetric fistula can assist in dispelling myths and superstition that women with obstetric fistula have been bewitched. However, despite the success of the Ministry of Health and Child Care Fistula Programme in providing surgical repair for obstetric fistula, promotion of the program has yet to reach all health facilities, throughout the country.

“The advent of the Covid-19 pandemic has adversely affected programming for obstetric fistula in Zimbabwe. The fragile gains registered in previous years have been progressively reversed, as evidence has shown that lockdowns and aggressive state responses have further decreased the impact of the Ministry of Health and Child Care Fistula Programme. A study published in April 2021 by Chimamise et al. noted that because of restrictions imposed due to the pandemic, only 25 women had repair surgery in 2020, compared to 313 in 2019.” — STAFF WRITER.