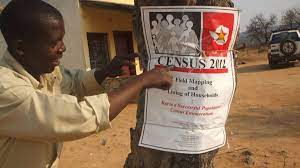 Maguma expressed the concern during an ongoing enumerators’ workshop ending today in Kwekwe. He also revealed that costs have ballooned because of the global health emergency.

“Our budget is US$98 million, initially it was US$87 million. It is now US$98 million due to the need for PPEs (personal protective equipment). Treasury has been helpful and has released money that is going towards the procurement of tablets which are going to be used. We are doing a census guided by the principles of holding a credible census,” he said.

Unvaccinated enumerators will not be allowed into the field because of the risk of spreading Covid-19 infection.

“Challenges which we are most likely going to face are actually Covid-19 related. We are currently in the process of procuring equipment that has got to do with computerisation of enumerators,” he said.

“Unfortunately, deliveries are coming in slowly because of source matters; they also have been affected by lockdown restrictions. Productions have been seen to be limping. We now have less flights, logistically we are disadvantaged that is the major threat of Covid-19.”
ZimStat, which is at a pre-enumeration phase of the census, is undertaking capacity building programmes.

“The two major tasks that we have will be mapping and this will be followed by a pilot census. The mapping exercise is a mammoth task. Basically, we have our mappers on the ground that are visiting each and every household in Zimbabwe. The idea is that we should come up with enumeration areas,” Mahonde said.

The mapping exercise began in November 2019 and has suffered setbacks due to Covid-19 lockdowns.

“The mapping exercise is a systematic way of conducting a census as that saw us initially with 14 teams, it began in November 2019. Then we had the Covid-19 restrictions so we lost about 10 months before we got back on our feet.

Through exemption, we were allowed to go back to our business and when we realised 14 teams wouldn’t be sufficient we multiplied them by four and we got 56 teams. By then we had acquired extra vehicles so we acquired 28 more Land Cruiser vehicles,” he said.

ZimStat has 72 officers on the ground who are conducting the mapping exercise. The exercise is complete in Bulawayo and 32 rural districts.

“Initially we had a problem with census dates. We had expected to finish everything including publication of results by the 1st of July 2021, so we had taken a strategy to say let’s map where you see human settlements expansion so that we could be within the set timelines. But now with us having a census in 2022 we have shifted back to do normal 100% enumeration.

“We are hoping that by 21 January we would have completed our mapping exercise. We need some three months before the actual enumeration for purposes of logistics,” he said.

Mahonde said the pilot census is meant to prepare ZimStat for the actual census.

“Ideally it should be done under similar census conditions. The pilot will help to put our preparedness to test,” he said, adding next year’s census will be different.

“The census is going to be the first one we are undertaking using the computer personal interview. Next year’s census is going to be different as we are going digital. What used to happen is that we would arm our enumerators with paper questionnaires who would go into the field and return the prepared questionnaires at various parts across the country. Then there would be a big exercise of transporting responses from around the borders. All the papers would come to Harare then there would be a process of about 14 months of data capturing from paper to computer. Then you would see the preliminary results will come after 24 months. Now within three months we will be releasing preliminary results of the census; that is, three months after data capturing,” Mahonde said. — Staff Writer.