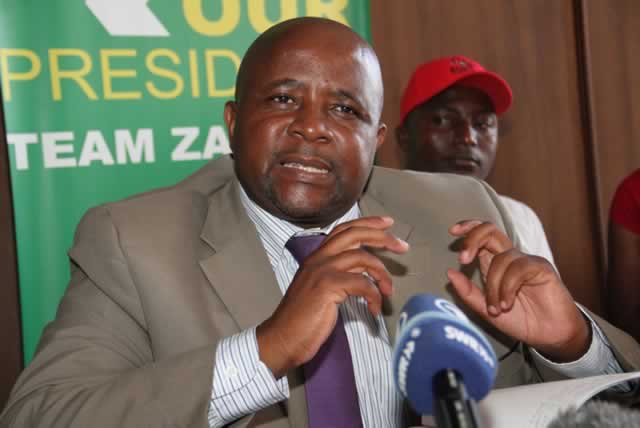 In a report tabled by Togarepi in parliament on Friday, the committee said Zec misdirected itself in collapsing the constituency on the basis that its population did not meet the minimum threshold of 21 000 voters yet it had in fact higher numbers than neighbouring constituencies.

In the Zec preliminary report, only Gutu South was collapsed and merged with other surrounding constituencies on the basis that it had a low registered voter population that failed to meet the minimum threshold for a constituency.

The collapsed constituency was replaced by the creation of a new Chiredzi Central constituency.

However, the parliamentary ad hoc committee said it was unfair to collapse Gutu South constituency when it had higher numbers of voters than surrounding constituencies.

Part of the committee’s report reads: “Zec pointed out in its report that Gutu South was collapsed because it did not meet the required threshold to make a constituency yet none of the constituencies in Gutu district met the minimum required threshold at the time Zec conducted the delimitation exercise save for Gutu West.”

“Gutu South actually had more registered voters than Gutu East and Gutu North at the time Zec conducted its delimitation.”

“Zec was supposed to abide by the principle of fairness and use similar formula which it was using in other provinces, constituencies and wards that those with low registered voters than the others in the same constituency or province would be collapsed to give in to those that had more registered votersas at the time Zec conducted its delimitation exercise.”

As a recommendation, the ad hoc committee said Zec could pile up numbers of voters in Gutu South by bringing in people from two wards in Gutu East and and Central.

“Where collapsing of constituencies that had more voters was done to give in to those that had fewer voters, it is the committee’s considered view that Zec should use the same principle of maintaining those with more votes and collapse those with fewer voters,” reads the ad hoc committee’s report.