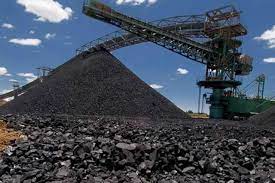 DUMISANI NYONI
Besides coal mining, HCCL has interests in estate and medical services.

In a statement accompanying financial results for the year ended 31 December 2020, HCCL revealed that revenue from the estates division in the period under review increased by 712% from ZW$32.5 million in 2019 to ZW$263.2 million in 2020.

Real estate accounted for 80% of revenues as other streams suffered from the impact of Covid-19-induced restrictions, it said.

HCCL said total costs in 2020 were 794% higher than in 2019 at ZW$269.2 million as a result of the increase in expenses on labour, power and legacy cost adjustments.

The net loss for the year for the year was ZW$4.1 million compared to a profit of ZWL$2.3 million in the previous year.

“Actions to improve the division’s performance will include increasing commercial space by engaging in BOOT (build–own–operate–transfer) arrangements with potential investors; stringent debt collection to boost cashflows; refurbishment of retail facilities to improve customer experience; and diversification of product ranges,” says the firm.

Overall, the loss-making miner reported an inflation-adjusted net profit of ZW$1.6 billion during the year 2020, down 77% compared to the same period in 2019.

Production increased by 22% during the period under review, with the main challenges having been shortages of diesel and foreign currency to import spares and consumables as well as the negative effects of the Covid-19 pandemic.

The sales volumes, however, increased by only 10% compared to 2019 mainly as a result of the influence of Covid-19 on the market and logistics as well as the reduced thermal coal offtake.

“Going forward, the company has targeted to increase production and sales. For this, some significant capital is required and this will in turn increase capacity to discharge obligations to creditors as well as create a positive balance sheet in the medium term,” HCCL administrator Dale Sibanda said.

“The coking sales volumes were however limited by washing capacity constraints as the HMS (heavy media separation) plant was antiquated and needed retooling. The plant was completed and the plant was commissioned in April 2021,” he said.

Total coal mined by opencast operations was 1.1 million tonnes, a 46% increase in production from the previous year.

A total of 658 031 tonnes of coal was delivered to Hwange Power Station during the course of the year, an 18% increase from previous year. Deliveries to the power station were however negatively affected by plant challenges in the power station and limited stockholding space, he said.

In the outlook, Sibanda said HCCL targets to increase the volume of high value and margin coking coal to 100 000 tonnes per month by end of 2021. It also expects to fully capacitate its opencast mine by addressing all bottlenecks in the mining process.

The coal miner said the development of the option area and Lubimbi coalfield is planned for the medium term.