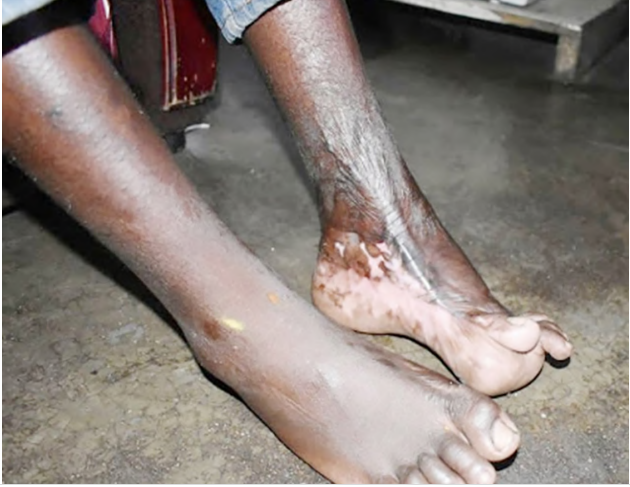 THE Centre for Natural Resource Governance (CNRG) has raised the alarm over the effects of underground coal fires on children in Hwange, urging the government to speedily act on the issue.

In a report released last week titled Effects of Coal Seam Fires and Other Environmental Hazards on Children in Hwange, the CNRG said several children are being burnt by underground fires caused by harmful activities by mining companies in Hwange.

The practices, according to the lobby group, are in breach of section 73 of the constitution, which guarantees every person the right to an environment that is not harmful to health or wellbeing.

“The unmitigated underground coal seam fires present serious hazards for children. Most of them experienced grave accidents in places no-one ever expected such disasters could happen. There were no danger warning signs to keep people away,” the report reads.

For instance, the coal seam fires that swallowed the little boy driving away cattle from their field had never been detected as there was no sign of fire on the surface. The mother who sent the boy to drive away the cattle now lives with a permanent sense of guilt over an accident she is not responsible for.

“Similarly, those who met their fate whilst playing suddenly found themselves trapped in an underground lake of fire with no slightest idea of what was happening or how they ended up there.”

According to the report, the underground coal seam fires are also prevalent throughout the concession owned by Hwange Colliery Company Limited (HCCL), where there are also human settlements for the mine labour.

The organisation said  residents have noted that mine residue dumps found in Number Two area and three other areas of HCCL are some of the most hazardous sites with raging underground coal seam fires.

Questions sent to Hwange Colliery corporate affairs manager Beauty Mutombe had not been responded to by the time of publication.

Studies have shown that the survivors of burn injuries often suffer from chronic pain and sensory problems, pruritus, and loss of strength. Psychosocially, a certain proportion may develop depression and post-traumatic stress disorder after being discharged from hospital and this can go on for several years after the incident.

The lobby group said the government should set up a dialogue among mining stakeholders in Hwange on reducing and bringing to an end underground fire incidence.

“There is also need to offer various forms of help to the affected children and their families and ensure they get equal opportunities in life. Both the families and the children need psycho-social support to overcome the trauma they now live with,” the report reads.

According to Global Forest Watch, most coal seam fires are ignited by human activity, usually in the process of coal mining or waste removal.

These fires can burn underground undetected for decades, occasionally protruding to the surface, with severe effects on flora and fauna. According to Global Forest Watch, underground coal seam fires cause the ground to become extremely hot and unstable, destroying roads and homes, as well as creating fiery sinkholes that swallow anything from cars to people.

As part of the recommendations, CNRG called on the government to align its progressive climate change response strategy and policy to practical reduction in coal activities in Hwange.

The organisation also recommended that the government come up with rehabilitation programmes for victims of coal seam fire.