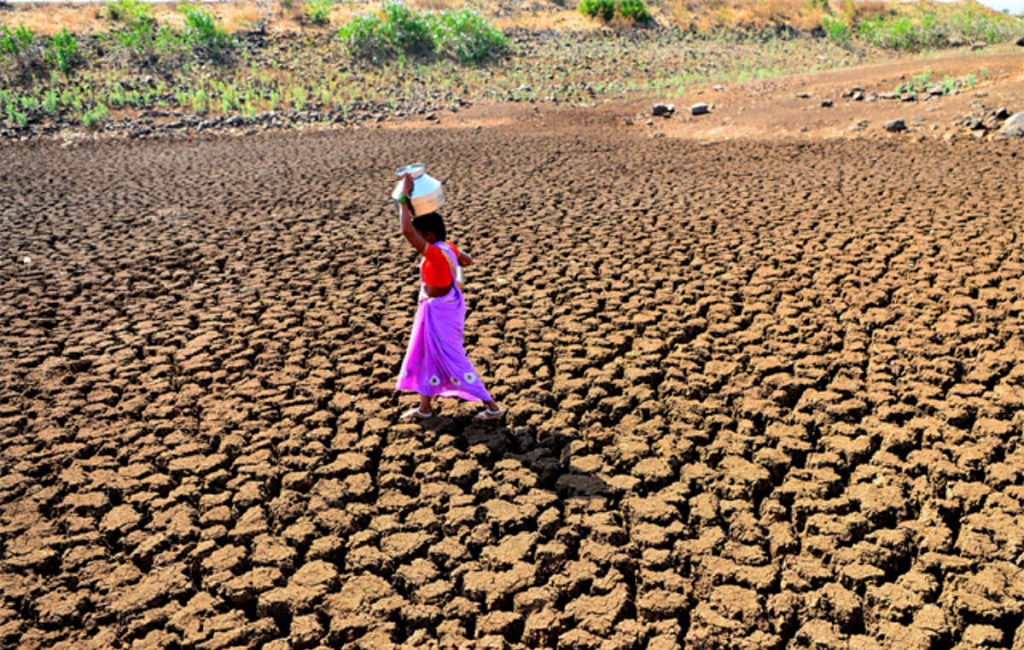 DURING late April and early May, South Asia experienced the terrible effects of global warming. Temperatures reached almost 50°C in some cities in the region. These high temperatures came alongside dangerous flooding in northeast India and in Bangladesh, as the rivers burst their banks, with flash floods taking place in places such as Sunamganj in Sylhet, Bangladesh.

Saleemul Haq, the director of the International Centre of Climate Change and Development, is from Bangladesh. He is a veteran of the United Nations climate change negotiations. When Haq read a tweet by Marianne Karlsen, the co-chair of the UN’s adaptation committee, which said that “[m]ore time is needed to reach an agreement”, referring to the negotiations on loss and damage finance, he tweeted: “The one thing we have run out of is time. Climate change impacts are already happening, and poor people are suffering losses and damages due to the emissions of the rich. Talk is no longer an acceptable substitute for action (money).” Karlsen’s comment came in light of the treacle-slow process of agreement on the “loss and damage” agenda for the 27th Conference of Parties (COP27) meeting to be held in Sharm el-Sheikh, Egypt, in November 2022.

In 2009, at COP15, developed countries had agreed to a US$100- billion annual adaptation assistance fund, which was to be paid by 2020. This fund was intended to assist countries of the Global South to shift their reliance on carbon to renewable sources of energy and to adapt to the realities of the climate catastrophe. At the time of the Glasgow COP26 meeting in November last year, developed countries were unable to meet this commitment. The US$100-billion may seem like a modest fund but is far less than what the UN says is the “trillion dollar climate finance challenge (and opportunities)” that will be required to ensure comprehensive climate action.

The richer states, led by the West, have not only refused to seriously fund adaptation but they have also reneged on the original agreements, such as the Kyoto Protocol (1997). The US congress has refused to ratify this important step toward mitigating the climate crisis. It has shifted the goalposts for reducing its methane emissions and has refused to account for the huge output of carbon emissions by the US military.

Germany hosts the secretariat of the United Nations Framework Convention on Climate Change. In June, as a prelude to COP27, the UN held a conference in Bonn on climate change. The talks ended in acrimony over “loss and damage” finance. The European Union consistently blocked all discussions on

compensation. Eddy Pérez of the Climate Action Network, Canada, said: “Consumed by their narrow interests, rich nations and in particular countries in the European Union, came to the Bonn Climate Conference to block, delay and undermine efforts from people and communities on the frontlines addressing the losses and damage caused by fossil fuels.”

On the table is the hypocrisy of countries such as Germany, which claims to lead on these issues, but has been sourcing fossil fuels overseas and has been spending increasing funds on its military.

At the same time, these countries have denied support to developing countries facing devastation from climate-induced superstorms and rising seas.

After the recent German elections, hopes were raised that the new coalition of the Social Democrats with the Green Party would lift up the green agenda. But German Chancellor Olaf Scholz has promised €100 billion for the military, “the biggest increase in the country’s military expenditure since the end of the Cold War”. He has also committed to “[spending] more than 2% of the country’s gross domestic product on the military”. This means more money for the military and less money for climate mitigation and green transformation.

The military and climate catastrophe

The money being swallowed into the Western military establishments does not only drift away from any climate spending but also promotes greater climate catastrophe. The US military is the largest institutional polluter on the planet. The maintenance of its more than 800 military bases around the world, for instance, means that the US military consumes about 1.5 million litres of oil daily. In 2021, the world’s governments spent US$2 trillion on weapons, with the leading countries being those who are the richest (as well as the most sanctimonious on the climate debate). Money is available for war but not to deal with the climate catastrophe.

The way weapons have poured into the Ukraine conflict gives many of us pause. The prolongation of that war has placed 49 million more people at risk of famine in 46 countries, according to the Hunger Hotspots report by the United Nations agencies, as a result of the extreme weather conditions and conflicts.

Conflict and organised violence were the main sources of food insecurity in Africa and the Middle East, specifically in northern Nigeria, central Sahel, eastern Democratic Republic of the Congo, Ethiopia, Somalia, South Sudan, Yemen and Syria.

The war in Ukraine has exacerbated the food crisis by driving up the price of agricultural commodities. Russia and Ukraine together account for about 30% of the global wheat trade. So, the longer the Ukraine war continues, the more hunger hotspots will grow, taking food insecurity beyond just Africa and the Middle East.

One COP meeting has already taken place on the African continent and another will take place later this year. Abidjan (Côte d’Ivoire) hosted the UN Convention to Combat Desertification in May and Sharm el-Sheikh (Egypt) will host the UN Climate Change Conference from 6 to 18 November. These are major forums for African states to put on the table the great damage done to parts of the continent by the climate catastrophe.

About the writer: Murad Qureshi is a former member of the London Assembly and a former chairperson of the Stop the War Coalition.–Globetrotter.

Related Topics:AsiaClimate change
Up Next