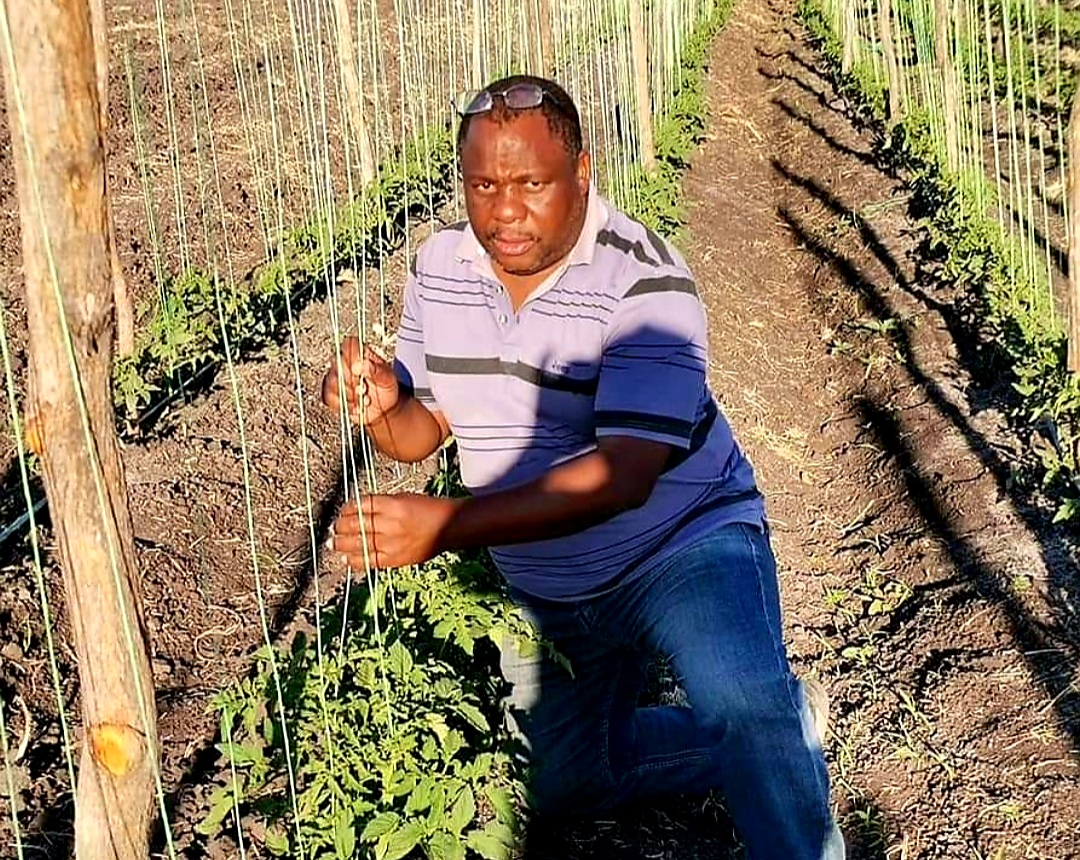 CENTRAL Intelligence Organisation (CIO) co-deputy director-general Gatsha Mazithulela has for the first time been publicly accused by three local farmers of laying a sustained siege on Esidakeni Farm in Nyamandlovu, Matabeleland North province, out of riotous envy and brazen abuse of office, court papers say.
LIZWE SEBATA
Mazithulela, a distinguished scientist, was also accused of trying to squeeze himself into the Esidakeni Farm horticultural project and intimidating its owners with arrest or seizure if they did not accommodate him to offer them political protection.
The farm owners also say they hold Mazithulela accountable for the disappearance of some of their documents at the provincial land offices in Bulawayo as at one time he communicated in the middle of the night with one of them while in possession of those missing documents.
These details emerged after shareholders of Kershelmar Farms (Private) Limited, which owns the farm, approached the High Court this week seeking an order to stop the government from seizing their land for redistribution and barring Mazithulela and others from illegally interfering with their business.
Kershelmar is co-owned by businessman Charles Moyo, Zephaniah Dhlamini, a scientist working at the National University of Science and Technology (Nust), and Siphosami Malunga, the Open Society Initiative for Southern Africa executive director and son of the late nationalist Sydney Malunga.
The court action is a culmination of a series of recent events that characterised the battle over the farm.
The court action by Malunga and partners comes after they were issued a 14-day notice to vacate a portion of Kershelmar, a productive farm that has purportedly been allocated to, among other beneficiaries, Dumisani Madzivanyathi, a Bulawayo businessman who is also a lecturer at Nust where Mazithulela was partly educated and worked as pro-vice-chancellor.
Mazithulela, who has a colourful curriculum vitae, graduated with a PhD in genetic engineering at the age of 27, and worked in the United Kingdom, United States and South Africa in scientific, biotechnology and nuclear facilities. He also previously worked in the government.
The applicants are Dhlamini, Moyo and Malunga, as well as their company Kershelmar, while the respondents include Lands and Agriculture minister Anxious Masuka, Matabeleland North chief lands officer, registrar of deeds, Mazithulela, Madzivanyathi, CIO officer Reason Mpofu and minister of State for Matabeleland North province Richard Moyo – who is spearheading the farm seizure.
Reason Mpofu, who has also been allocated a piece of land on the farm, is Zanu PF administration secretary Obert Mpofu’s nephew. Obert Mpofu, a former minister, visited the farm in March.
The farm owners say Mazithulela, Richard Moyo and Obert Mpofu are the prime movers behind the attempted property seizure.
They also say the three misled the minister, Masuka, into gazetting the farm through falsehoods, including that the property had previously been acquired by the state when it was not and that it was being underutilised when it is highly productive.
Malunga, Dhlamini and Charles Moyo say they bought the farm from its previous owner and own it, hence they are heavily invested in it. After buying the farm, they invested in infrastructure, rehabilitating boreholes, main water reservoir, irrigation system and homestead.
To do this, the farmers obtained two loans of about US$230 000 for their horticultural project. Due to their productivity, they have already repaid US$110 000.
They started working on five hectares, but quickly increased that to 30ha and this year they are going up to 55ha. The total irrigable part of the 530ha farm is 85ha, which they intend to utilise as their business grows.
Apart from horticultural activities, Malunga, Dhlamini and Charles Moyo have a commercial beef herd of 150 cattle, 50 goats and 4 000 free range Sasso chickens. They are planning to increase those numbers significantly.
The farm employs 45 permanent workers and 250 seasonal employees.
The farmers have invested over US$100 000 this year alone and planted eight hectares of onions, six hectares of butternut, six hectares of tomatoes (150 000 plants).
“Ever since we took occupation, we have managed to turn the farm into the envy of many. It therefore did not surprise me that sometime in December 2019, the fourth respondent, Gatsha Mazithulela, who was then pro-vice-chancellor at Nust, and work colleague, approached me and asked to be included in Esidakeni Farm project. I must point out that he is known to the second (Malunga) and third (Charles Moyo) respondents as well,” Dhlamini says in court papers.
“The untenable request that he made still required that I run it by my fellow shareholders and directors. I did and they took the position that there was no room for additional shareholders. Gatsha was however awkwardly insistent.”
After a series of meetings, exchanges and events marking the intensification of the battle over the farm, Dhlamini says: “On 24 December 2020, I received a call from Gatsha who advised me that our farm had been acquired by the state. I was obviously concerned about the levels of Gatsha’s interest in matters that pertain to the farm. I was particularly perplexed that Gatsha seemed to know more about the farm than us the owners.”
Malunga also made it clear in a no-holds-barred account that Mazithulela is behind the attempted farm seizure.
The farm owners say it is clear beyond reasonable doubt that Mazithulela is acting out of self-interest and malice, while abusing his top CIO office to grab private property using government departments to facilitate the unlawful seizure of land from local indigenous people, which in itself is illegal.
In a letter to Masuka – who has distanced himself from the farm seizure, dated 14 June, contesting the property grab, Malunga, Dhlamini and Charles Moyo said they stand to lose over ZW$60 million in potential revenue from their horticultural project if the greedy and malicious disruptions do not stop.
Related Topics:
Up Next