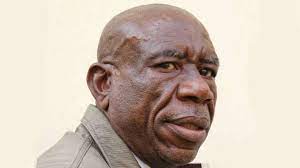 MORE than half of the people in Chiredzi South are finding it difficult to participate in economic development programmes due to lack of national identity cards and birth certificates, resulting in youths from the area crossing illegally into South Africa to look for menial jobs.

The constituency, located in the middle of the Limpopo, Runde, Sengwe and Bubi rivers, borders Mozambique and South Africa. More than 80% of the people come from the Shangani community.

The Shangani have been under-represented in Zimbabwe as a minority group inhabiting the remotest parts of the south-east lowveld with their culture and values having been criticised as backward and conservative.

The area neither has proper roads nor mobile network coverage and locals are relying on Mozambican and South African telecommunications service providers. Local radio and television transmission also not accessible.

Chiredzi South legislator Kallisto Gwanetsa (pictured) told The NewsHawks that half of the people in his constituency do not have identity cards, depriving them of economic opportunities while many children are failing to write examinations.

“I have been raising this issue for many years, but there is no improvement. Half of the people in my constituency do not have identity cards and birth certificates. They are unable to access government programmes like social grants and school children are unable to write examinations and many of them end up illegally crossing to South Africa to look for menial jobs. Government should quickly embark on a mobile exercise and relax the requirements to allow my people to get identification particulars.”

“You can count four generations within a family who do not have IDs. There is a village in Limpopo Valley called Madzanga, the whole village including the village head does not have IDs and this was worsened by officials from the registry department who were demanding bribes from the people,” said Gwanetsa.

Chiredzi district development coordinator Lovemore Chisema told The NewsHawks that it is true that most locals do not have identity documents, but he was not sure of the numbers. He however said the government is working to reduce the number.

“The issue is not affecting Chiredzi South only, but the whole district. I am not sure of the actual figures of people who are yet to get the identity cards, but government is working to reduce that number,” said Chisema.

Masvingo Centre for Research and Development (MACRAD) director Ephraim Mtombeni told The NewsHawks that his organisation is concerned about the high number of people without proper documentation, particularly national identity cards and birth certificates, saying it is an infringement of constitutional rights.

“We noted that issue during meetings in the Chilonga area of Chiredzi, there are many people who do not have identification particulars. It is an infringement of the people’s constitutional rights. Our government should make sure that all its people are able to access these services,” said Mtombeni.

The NewsHawks established that most people in areas like Chilonga, Chikombedzi, Malipati and Sengwe who survive mainly on sorgum farming are unable to supply their produce to the Grain Marketing Board (GMB) due to a lack of IDs which are needed for one to open a bank account.

This is forcing farmers to sell their grain to unregistered dealers who are buying a tonne of sorghum at US$200 instead of RTGS$38 000 being paid by the GMB.

A traditional leader from Malipati area told The NewsHawks that the requirements for acquiring national identity documents that are stipulated by the registry office are alienating locals.

When locals travel 200 kilometres to Chiredzi, it becomes difficult for them to travel again after failing to acquire an ID on the first attempt.