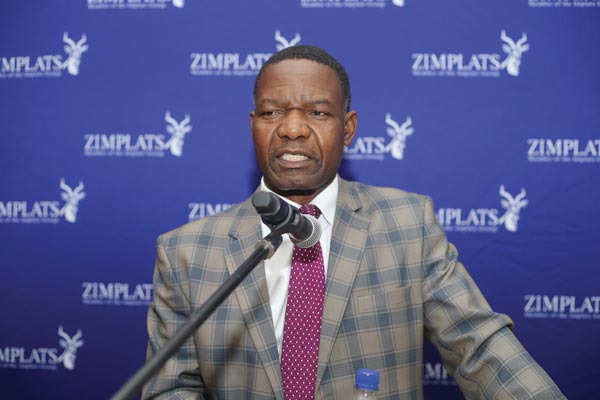 CHIEFS in Mhondoro-Ngezi, Chegutu and Zvimba are up in arms over platinum miner Zimplats’ failure to allot the 10% community shares agreed to in 2011.

The chiefs are also disgruntled that the company is pursuing its own corporate social investment programme without involving them, including a cattle project launched by President Emmerson Mnangagwa last month, in which the communities are supposed to participate.

In a letter dated 9 September to Zimplats chief executive officer Alex Mhembere, the chairperson of the Zimplats Mhodoro-Ngezi, Chegutu, Zvimba Community Share Ownership Trust, Chief Ngezi, the traditional leaders said they are not happy with being sidelined while Implats, which owns Zimplats, was honouring its obligations in South Africa.

Community ownership trusts were established in accordance with General Notice 114 of 2011 of the Indigenisation and Economic Empowerment Act in Zimbabwe, with the intention of compelling foreign mining businesses to cede 10% shareholding to a community share ownership trust within their area of operation.

“Following government’s indigenisation policy, we were pleased by the anticipation of becoming a direct shareholder in Zimplats after Zimplats, with the government of Zimbabwe, founded the ZMNCZ Trust in December 2011. In the deed of trust Zimplats committed that it ‘shall allot to the Trust ordinary shares in the share capital of Zimplats constituting 10% of the issued share capital of Zimplats (The community shares)’,” the letter signed by chief Ngezi read.

He said the board of trustees agreed on 7 September that despite the changes made to the Indigenisation Act, they believed the company was still bound by the commitment to allot 10% shareholding to the community.

“As chairperson I am of the firm belief, which belief I share with the chiefs and other trustees, that some amendments of the indigenisation legislation affecting how companies in the mining sector shall comply with the 51% ownership mandate does not deny our communities their right to participate and to receive the ‘community shares’ Zimplats committed to allot to us.

“What is most saddening for us as chiefs is that Zimplats has for so long been failing to honour its commitment and yet chiefs in South Africa Royal Bafokeng Nation have seen their communities empowered directly by their 13% ownership in Implats. Implats owns Zimplats. Are the chiefs in Zimbabwe less deserving to have their communities also participate directly in the wealth that Zimplats is extracting from our local communities?”

Chief Ngezi said they had observed that Zimplats had gone ahead to pursue its own corporate social responsibility programmes without any direct participation and decision making by the chiefs and the local communities.

“Recently we celebrated a wonderful cattle project Zimplats launched in the presence of President ED Mnangagwa, and yet we are not aware of and were never consulted on how our communities might benefit. Was the purpose of forming a trust not to ensure direct participation and decision making by our communities?”

Zimplats head of corporate affairs Busi Chindove told The NewsHawks to send the questions via email, but had not responded by publishing time.

The chiefs said it seemed the actions of Zimplats were pointing to a reluctance by the mining company to share wealth with local communities.

“There is clause in the deed of trust signed by you and the government of Zimbabwe that says, ‘the trustees recognise that the Trust shall upon the issue of the community shares to the Trust, become a significant shareholder in Zimplats. The trustees agree and understand that the success of the trust in achieving its objectives is dependent amongst other things on Zimplats’ success and prosperity”.

“We have always wanted Zimplats success and believing that such success will now be shared directly with our communities.”