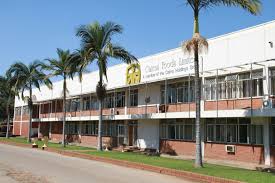 A DISAGREEMENT over the decision to settle debentures in local currency despite being calculated in US dollars has deepened, prompting Cairns Holdings ex-workers to petition the Master of High Court for clarity.

The company operated under judicial management between 2012 and 2015 after failing to settle its debts.

In 2015, the High Court sanctioned the removal of the agro processor from judicial management, paving the way for a new investor, Takura Capital, which now has over 90% shareholding in Cairns after acquiring the stake owned by the Reserve Bank and other shareholders except that held by Cairns Holdings Workers’ Trust.

The judicial manager, Regis Saruchera, successfully rescued the company after coming up with a scheme of arrangement to salvage the firm. But this week, a legal officer within the Food Federation and Allied Workers’ Union of Zimbabwe (FFAWUZ) told The NewsHawks that parties to the scheme of arrangement have breached the pact.

He said the agreement approved by the High Court in 2015 converted the employees’ owed salaries into five-year tradable debentures at a fixed rate and price, with each valued at US$1. Some workers then translated their outstanding salaries to between 3 000 and 8 000 units.

“These debentures matured in 2020 but we are surprised to learn that the employees were advised to redeem their debentures by 31 March 2021 at a backdated rate of 1:1 against the US. This implies that if the workers secured debentures equivalent to US$1 000 back then, they will redeem just ZW$1 000 which is grossly unfair,” he said.

The workers’ representative argued that the regulations stipulating a 1:1 exchange rate for debts and obligations cannot automatically alter the agreement which had been arrived at already via the scheme of arrangement.

As a result, FFAWUZ has written to the Master of High Court seeking clarity on the matter through a letter dated 30 March 2021.

“A dispute has since risen on the conditions of redeeming the debentures with Cairns Foods Limited and its creditors having contrasting interpretation on the payable value of debentures. It is from the foregoing that we seek your guidance to resolve the dispute,” said Maoneka in the latter.

However, the Master of High Court is yet to respond to the query. — STAFF WRITER