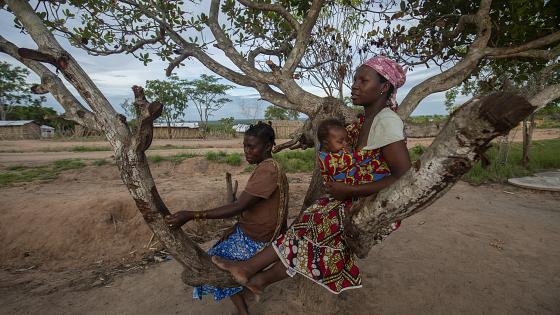 The Mozambican crisis has been going on since 2017. Four years down the line, and in the aftermath of the siege of Palma, a humanitarian crisis in Cabo Delgado has been building up. An estimated 700 000 people have been displaced and more than 2 600 killed in the conflict against insurgents, according to the United Nations. Yet Sadc, including Zimbabwe, has been hand-wringing and bogged down in futile meetings and discussions which have not yielded a practical response to ensure relief to the suffering ordinary people – the real, vulnerable and defenceless victims of the conflict.
CIVILIANS displaced by the 24 March insurgent attack on Palma continue to face insecurity whether they remain in Palma district or try to make their way to more stable areas.
On 25 May, Cabo Ligado received a report of an incident that had taken place less than a week earlier, in which displaced civilians fleeing Palma by boat were waylaid by eight insurgents near Mitacata, on the northern part of the Macomia district coast.
The insurgents threatened the displaced people and, in response, the people charged onto the insurgents’ boat and killed all eight of their attackers.
In Palma district, the situation was no less harrowing. One 28 May, insurgents attacked Quiwiya, a coastal town about 15 kilometres northeast of Palma town.
A video that circulated on social media shows buildings in the town burning. The extent of the damage has not yet been reliably reported. No casualties have yet been reported.
The same day, in Muidumbe district, government troops and local militias began another offensive into Ntchinga, building on the work pro-government forces have been doing in the area throughout the month of May.
The offensive ended by 30 May, when commanders on the ground asked for resupply but none was provided. This situation is indicative of both the Mozambican government’s logistical limitations and its struggle to planning operations and sustain territorial gains.
The government troops involved withdrew to Mueda. No casualties were reported, but the offensive is said to have netted a number of insurgent weapons. The government troops involved in the operation have styled themselves as the Mariano Nhongo Force, presumably something between a tribute and a threat to the leader of the Renamo Military Junta.
On 29 May, insurgents returned to Quiwiya in the middle of the day and burned more homes. The total number of homes destroyed is still unclear, but witnesses said the insurgents seemed intent on burning every building in the village.
By the end of the week, reports on the ground made clear that government forces had not remained in Namacande, the capital of Muidumbe district. The government reoccupied the town on 22 May to much fanfare, using the operation to debut the Mozambican military’s new Gazelle helicopters.
Yet, as noted in the previous Cabo Ligado weekly, there have always been questions about whether the government had the resources to hold Namacande in the long term. The town is now largely abandoned.
New information about earlier incidents also came to light last week.
On 22 May, there was fighting between government forces and insurgents in lower Palma, the area of the town closer to the main site for displaced people at Quitunda. Casualty estimates differ, but the most conservative report suggests that four civilians and five insurgents were killed.
Insurgents also burned down 14 homes and a mosque in lower Palma. When confronted by government security forces, the insurgents withdrew north along the road that leads to Quiwiya and, eventually, Tanzania.
On the night of 23 May, in Chiure, someone stole the machine used in the district to issue replacement identity documents for displaced civilians. Efforts to recover the machine or identify the thief have been unsuccessful.
The theft delays efforts to provide replacement documents for displaced people in Chiure — a vital task, as government identification is necessary to access many forms of government aid. It has also raised concerns about infiltration. If the machine ends up in insurgent hands, it could be used to create more convincing covers for insurgent infiltrators.
Reports that came in last week show the varied situations for civilians who are trying to build lives in districts that remain targets of insurgent attack. In the district capitals of Nangade and Macomia, civilians are attempting to live day-to-day with the insecurity and hardship brought on by the conflict.
With a third of displaced Palma residents surveyed by the International Organisation for Migration (IOM) saying that they are unsure if they want to return home, the experiences of civilians in Nangade and Macomia are instructive, as they offer some insight into the challenges displaced civilians will face if and when they try to return to their home communities.
In Nangade, the situation remains bleak. People displaced during the 24 March Palma attack are still arriving on foot in the town, including over 60 new arrivals on 30 May. The continued movement of people into Nangade is creating both increased demand for resources and increased concern that insurgents are infiltrating among the late-arriving escapees.
As a result, there is a significant outflow of people leaving Nangade for points south, in some cases encouraged by government security forces, even as new displaced people enter the town. According to IOM data, over 6 000 people from Palma have passed through Nangade on their way to other locations, while over 17 000 have stayed in the district. Security remains tight, and government forces in the district keep a close watch on the displaced communities they are charged with protecting.

After a period of government restriction, movement between Nangade and Mueda is once again unregulated, allowing goods to enter the district capital more freely. The road is still heavily militarized, however, with at least ten checkpoints between Mueda  and Nangade.
In Macomia, the infrastructure problems may be even worse than in Nangade, but the trend is more positive. Macomia town was largely destroyed during the insurgent occupation of the district capital in May of 2020. Since being reoccupied by government forces, civilians have slowly begun returning to the town. A year after the insurgent occupation, however, civilians in the area still say that basic state services are largely non-existent.
The medical facilities in Macomia town have trouble stocking medicine, including basics like antimalarials. Pregnant women also lack access to prenatal care. In addition, security remains a major concern, with kidnappings reported on the outskirts of town and bus drivers expressing worries that they will be waylaid by government forces on the road.
Yet those same drivers, working the route between Macomia and Pemba, report that many Macomia natives living in the provincial capital still wish to return home. The resources available in the fields and forests surrounding Macomia town are still far greater than what is being offered to those surviving on aid in Pemba, a fact that is pushing more and more civilians toward braving a return to the inland areas of Macomia district.

Government Response
For displaced Palma residents still stuck in the district, the attacks in lower Palma town have made clear that Quitunda is not their safest option for a place to stay. Most of the thousands of civilians remaining in the area have moved further out onto the Afungi peninsula, making camp on the coast at Maganja.

There they can gather fish for food and attempt to arrange ocean transport south to Pemba.
One of the challenges they must overcome to leave Quitunda, however, is the rent-seeking behaviour of the military forces protecting them. Two women who were able to be evacuated on what was meant to be a free military flight to Pemba told the BBC that they each had to pay US$82 bribes to secure seats on the plane.
In one case, the prohibitive cost of the bribe forced a family to separate, with a husband remaining in Palma so that his wife and children could make their way to safety in Pemba. As of the end of May, according to IOM, only 809 people have been evacuated from Palma by air. IOM has registered 64,099 people displaced from Palma overall, and the number continues to rise.
Meanwhile, the Mozambican government continues to argue that any grievances driving the insurgency are the result of foreign instigation, rather than legitimate domestic concerns. That argument was made recently during a private meeting of the Frelimo Central Committee, and then repeated publicly last week by Cabo Delgado governor Valige Tauabo.
Speaking in Ancuabe on 26 May, Tauabo claimed that the trend in Cabo Delgado leading up to the insurgency was one of “more employment [and] more hope” and that therefore concerns about youth unemployment could not have played a role in the rise of the insurgency. Much has been written about the reality of unmet economic expectations in Cabo Delgado.
On the international front, the long-awaited summit of the Southern African Development Community’s (Sadc) Extraordinary Double Troika took place in Maputo on 27 May, but resolved little.
There had been hopes that the double troika would act on the Sadc technical team’s recommendations regarding a regional military intervention in Cabo Delgado. Instead, the only concrete step to be found in the summit communique was a promise to reconvene for further talks about Cabo Delgado by 20 June.
The extension gives Sadc members more time to negotiate how they will respond to the technical team’s recommendations.
Some reports suggested that the Tanzanian Foreign minister Liberate Mulamula expressed opposition to a regional intervention in Cabo Delgado in the run up to the summit, but there is no evidence that she ever made such a statement. Instead, it seems that Tanzania shares concerns about the costs and benefits of intervention with the rest of the Sadc member states.
Mozambican President Filipe Nyusi Nyusi hailed the summit as a success and urged Sadc to play a coordinating role in funneling counterinsurgency assistance from outside the region into Mozambique. Having made it through the Frelimo Central Committee meeting of 22-23 May without any major challenges to his control of the party, Nyusi now has more political latitude to negotiate the terms of foreign assistance.
Yet his turn toward promoting Sadc as a coordinating body may be a response to pressure from regional governments, as they reportedly rebuffed his attempt to include Rwandan representatives in decision-making meetings about Sadc intervention.
Outside of Sadc, further counterinsurgency assistance will likely come from Europe, through either European Union (EU) or bilateral programs. Portuguese Defence minister João Gomes Cravinho said last week that he expects the EU to reach an agreement on a military training mission with Mozambique by June, and that the mission itself could take place within three months of the agreement being signed.
In addition to Portugal, up to seven other EU countries could be involved in the mission, which Gomes Cravinho said had received broad support in the EU.
French President Emmanuel Macron, meanwhile, said during a trip last week to South Africa that his government would be willing to provide military support in Cabo Delgado on the conditions that Mozambique requests the assistance and that the Sadc coordinates the deployment.
Macron mentioned that France could respond quickly to calls for assistance, as French troops and assets are based on the nearby French departments of Mayotte and Reunion.– Cabo Ligado Weekly.
Related Topics:
Up Next

Zim judiciary and chief justices – from the pioneer Bisset to Malaba