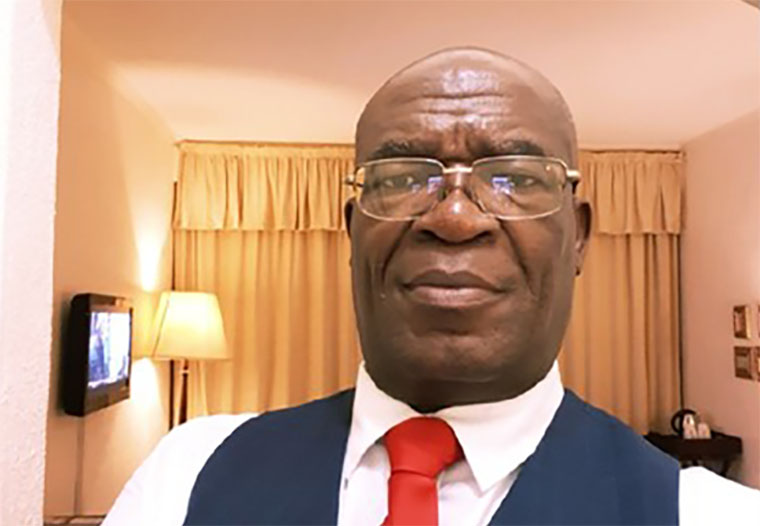 In a letter dated 27 September, addressed to Judicial Service Commission secretary Walter Chikwana and copied to Judge President Maria Zimba-Dube, Justice minister Ziyambi Ziyambi, secretary of the Law Society of Zimbabwe David Mapara, the Zimbabwe Anti-Corruption Commission and the Commissioner-General of the Zimbabwe Republic Police Godwin Matanga, Munyawarara complained over Chitapi’s judgement in a matter in which Bariadie Investments sought the reversal of the sale of a property it had bought from the Sheriff of the High Court following a High Court judgment.

“On the 18th of September 2017, 1 participated at a judicial auction at Raylton Sports Club, Harare and bid for a property known as The Remainder of Subdivision C of Lot C of Lots 190, 191, 193, 194 and 195 Highlands Estate of Weimoed. I was representing Bariadie Investments (Private) Limited. The property was, at the time, owned by Puwayi Chiutsi and was being sold by the Sheriff of the High Court of Zimbabwe to satisfy a judgment of the High Court of Zimbabwe in HC 3331/14 in a matter between Elliot Rodgers and Puwayi Chiutsi,” Munyawarara said.

“Bariadie Investments was declared the highest bidder after offering US$270 000 for the property. Puwayi Chiutsi objected to the confirmation of the sale but his objection was dismissed by the Sheriff in a Ruling by the Sheriff dated 28 November 2017.

“On 21 January 2019, Puwayi Chiutsi filed yet another Urgent Chamber Application in the Supreme Court in case number SC 15/19 seeking again to interdict the transfer of the property to Bariadie Investments. The Urgent Chamber Application was heard before the Honourable Justice Gwaunza D.C.J on 28 January 2019. After hearing submissions from the parties, Justice Gwaunza struck the matter off the roll on the basis that Chiutsi could not seek the same relief as that which he had sought before the Honourable Justice Bere.”

Munyawarara said despite the various judgments of the High Court and Supreme Court, and the fact that the property had been sold to Bariadie Investments, Chiutsi sold and transferred the property to Tendai Mashamhanda on 8 February 2019.

He said to facilitate transfer of the property, Chiutsi fraudulently misrepresented to the Registrar of Deeds in an affidavit dated 8 February 2019, in which he purported that there were no caveats or any other encumbrances in respect of the title deed of the property.

“Following the above development, Bariadie Investments (Private) Limited filed a Court Application under case number HC 2620/19 in which Puwayi Chiutsi, Tendai Mashamhanda, the Registrar of Deeds, the Sheriff of the High Court of Zimbabwe and Elliot Rodgers were cited as Respondents. In that application, Bariadie Investments (Private) Limited sought the reversal of the sale between Puwayi Chiutsi and Tendai Mashamhanda,” Munyawarara said.

“The judgment in HC 2620/19 was handed down on Christmas eve in December 2019, being on the 24th of December 2019. This was at a time our lawyers had closed for the festive holidays and we only became aware of the judgment through the grapevine.”

Munyawarara told the JSC that he filed an appeal against Chitapi’s judgment in the Supreme Court on 16 January 2020.

However, on 14 February 2020, Chiutsi filed a High Court application citing the Sheriff of Zimbabwe, Bariadie Investments (Private) Limited and Elliot Rodgers, as he sought the setting aside of Justice Mathonsi’s judgment under the old Rule 449 on the allegation that Bariadie Investments did not participate in the judicial auction in September 2017.

Munyawarara however says he attended the auction and bid for the property on behalf of his company.

“Bariadie Investments (Private) Limited and Elliot Rodgers opposed Chiutsi’s application on the grounds, inter alia, that his application was incompetent, as there is no ambiguity or patent error or omission in Justice Mathonsi’s judgment, which Chiutsi had demonstrated in his application,” he said.

Munyawarara said his lawyers raised a number of preliminary issues, including applying for Justice Chitapi to recuse himself on the basis that he had dealt with a related matter in HC 2620/19, in which he had dismissed Bariadie’s application to set aside the transfer that had been done by Chiutsi to Mashamhanda.

The lawyers also argued that “in line with judicial authority”, Chiutsi could not file an application in terms of Rule 449 without applying for condonation first from the High Court; meaning the application was defective. Justice Chitapi dismissed all the preliminary issues raised.

“Through a letter from our lawyers dated 28 May 2021, we then requested that Justice Chitapi furnish us with written reasons for his dismissal of the preliminary points as we felt aggrieved. We wanted the reasons to enable us to file an application for leave to appeal to the Supreme Court of Zimbabwe. Initially, Justice Chitapi refused to furnish the reasons indicating that they would be included in the main judgment,” Munyawarara said.

“However, after we had insisted through our Counsel, Chitapi J, on the 6th July 2021, undertook to provide a judgment on the preliminary issues by the 8th of July 2021. Our counsel, Advocate Mapuranga, was not present on the 6th July 2021, but had requested Dianna Kawenda, a legal practitioner with Messrs Tendai Biti Law to note the judgment on his behalf. Ms Kawenda was also representing Elliott Rodgers, one of the respondents in the matter. Ms Kawenda had then informed Advocate Mapuranga of what happened on the 6th July 2021. She specifically advised our counsel that Chitapi J had directed that if we intended to file an application for leave to appeal, we should file it by the 12th July 2021. “However, the written judgment was not availed on the 8th July 2021 as undertaken. On 9 July 2021, our lawyers addressed a letter to Chitapi J’s clerk placing it on record that the written judgment had not been availed by the 8th July 2021. The judgment was only availed on the 14th of July 2021, two days after the date we were supposed to file the application for leave to appeal.”

The Supreme Court appeal against Justice Chitapi’s judgment dismissing the application to cancel the fraudulent transfer of the property to Mashamhanda was set down for 16 September 2021.

“Curiously, on the morning of the Supreme Court hearing on 16 September 2021, our lawyers were handed a copy of a default judgment that had been handed down the previous day by Justice Chitapi in case number HC 1120/20, in which he set aside Justice Mathonsi’s judgment in HH 604/18. The judgment came as a shock to us since none of our Counsel was aware of any hearing that took place on the 20th of July 2021. The judgment itself claims that our Counsel wilfully defaulted Court on 20 July 2021,” Munyawarara said.

“The judgment in question was not read in Motion Court despite the fact that it was given on a Wednesday. Several questions arise. Why was it not handed down in Motion Court? How then did the other side (Chiutsi) have it? Did they receive a call from the Judge’s clerk? If default was on the 20th July 2021, was an order for default judgment pronounced when the application for default judgment was made? Why did it take the judge up until the eve of our Supreme Court appeal hearing to issue the said judgment?”

Munyawara said he had several reasons to complain, including the fact that Justice Chitapi dismissed the application to set aside the transfer on 24 December.

“Pertinently, Chitapi J, in his judgment, found it as fact that there were no caveats registered against the property. The submission that there was no caveat attached to the property was made by Chiutsi from the bar, as the record of proceedings will reflect, yet the judge took it as fact. This was despite the fact that Mashamhanda himself in his Founding Affidavit before the court had confirmed that he had seen that there were caveats registered against the title deed but had been assured they were inconsequential.

“Further, not only did Mashamhanda accept that there were caveats, Mr T Biti, who was representing Elliott Rodgers, produced a copy of the notice of attachment (caveat) and placed it before Chitapi J. the transcript of the proceedings will confirm this. Yet in his judgment the judge says nothing about the copy he received. I should also mention that the Honourable Justice Chigumba in HH 547/17 dismissed an application by Chiutsi challenging the attachment of the property. A copy of the judgment was given to Chitapi J at the hearing. We attach a copy as Annexure.”

He also questioned why Justice Chitapi refused to recuse himself in Chiutsi’s application to set aside Justice Mathonsi’s judgment.

“Logic would dictate that he should have recused himself in the matter just like other judges who have handled related matters between the parties have done. For the record, the Honourable Justice Munangati-Manongwa and the Honourable Justice Chinamora recused themselves from hearing Chiutsi’s application on the basis that they had either handled or been involved in related matters before. Their circumstances are not dissimilar to Chitapi J who refused to recuse himself,” Munyawarara said.