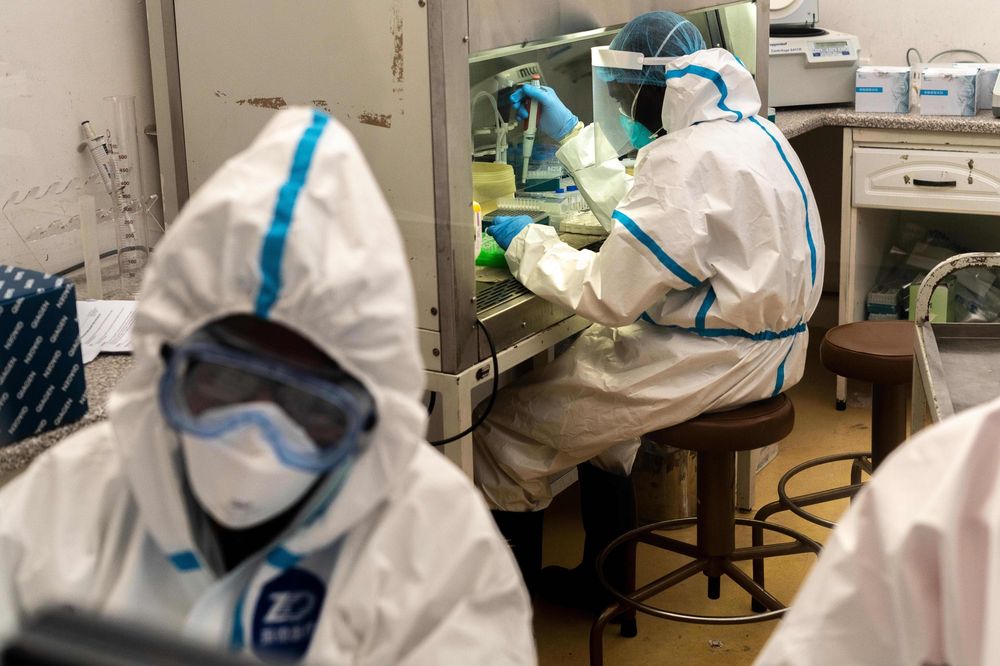 BULAWAYO has only one fully-equipped Covid-19 treatment centre, the privately-owned Mater Dei Hospital which charges a minimum of US$3 000 to admit a patient, while state-run facilities are hampered by operational challenges.

However, Ekusileni remains closed, Thorngrove is partially opened as it undergoes renovations, while the UBH’s BMB does not have facilities for mechanical ventilation as the intensive care unit (ICU) and high dependency unit (HDU) are not yet equipped.

Construction of another wing at the BMB is not complete, while lack of medicines at the institution further confirms the sad state of affairs at Bulawayo’s Covid-19 treatment centres.

This comes at a time the country has been recording double or triple-digit confirmed cases on a daily basis. As of yesterday 446 people had died of Covid-19.

While government insists that identified Covid-19 treatment facilities are well equipped to handle a surge in admissions, a survey in Bulawayo reveals otherwise.

Thorngrove is only partially open while renovations to equip it to fully administer wholesome patient care remain incomplete.

Bulawayo provincial medical director Welcome Mlilo confirmed that there is a short supply of ventilators at Thorngrove.

Thorngrove closed on 22 April 2020 for renovations with expectations that it will re-open after two weeks but months have passed with the hospital failing to meet set deadlines due to funding challenges among others.

Initially, ZW$47 million was cited as the amount required for the renovations and installation of gases.

The same situation is obtaining at the UBH’s BMB that began admitting patients in early December despite not having facilities for mechanical ventilation as the ICU is not yet open or equipped.

According to authorities, the BMB will have the capacity to admit 100 patients referred from hospitals in Matabeleland North and Matabeleland South.

“Construction at Thorngrove Covid-19 isolation facility is almost complete with installation of medical gases (the last part) currently ongoing. UBH Bartley Memorial Building is now open and is admitting Covid-19 patients in the west wing since 2 December 2020. Construction of the east wing is being concluded,” Mlilo said in an emailed response on Tuesday.

Ekusileni, a brainchild of the late vice-president Joshua Nkomo, remains closed after missing its 30 November re-opening deadline. The re-opening of the National Social Security Authority-owned facility has suffered several false starts since its closure in 2004 shortly after opening its doors.

Lack of political will by government, frustrations and delays with tender and procurement processes, among other factors, have been cited as some of the reasons why Ekusileni remains closed.

Efforts by concerned citizens under the banner I Am For Bulawayo Covid-19 Trust (IAm4BYO), led by United Refineries chief executive officer Busisa Moyo, to mobilise material and financial resources to ensure Ekusileni re-opens have come to naught.

The Trust has to date donated ZW$60 million and purchased 70 beds. Several other independent organisations, churches and businesses have made material and other donations to Ekusileni but its re-opening remains elusive.

Mlilo said Ekusileni did not meet minimum requirements to allow its re-opening.

“Whilst major strides have been made in the process of operationalisation of Ekusileni, there are still some areas that need works before the facility can become fully operational,” Mlilo said, adding “a health institution has minimum requirements that have to be met before it opens its doors to the public.”

“The government through different actors has directed significant resources to ensure that the facility opens its doors as a Covid-19 treatment centre.

“In light of the recent surge of cases, the Ekusileni Hospital management led by acting CEO Dr Absalom Dube is focusing efforts and resources on key high-priority areas that will allow the facility to be able to offer critical care to severe Covid-19 cases.”

Health and Child Care minister Constantino Chiwenga on Saturday announced a 30-day lockdown accompanied with a 6pm to 6am curfew to tame the spread of the Covid-19 pandemic.

However, analysts argue there is nothing scientific in the new lockdown measures without addressing the critical health needs of Covid-19 facilities.

“A 6pm-6am curfew is extracted from nowhere. There is no scientific basis for it in Zimbabwe as at those times almost all people are confined to their homes by poverty even without a curfew,” Effie Ncube, who also coordinates a citizens’ led Covid-19 initiative, said.

“We are slowly moving into a catastrophe where thousands of people would die without receiving medical attention. Decades of maladministration and under-investment in health care is catching up with the country.

“Covid-19 is exposing misrule in a way that has never happened before.”

Mpilo Central Hospital acting chief executive officer Professor Solwayo Ngwenya appealed to citizens to stay at home, saying “the situation has gone out of control; and the next phase will be filling of our wards with patients.”