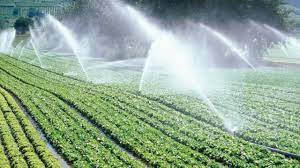 A NUMBER of settlers have invaded the Bulawayo City Council-owned Dunstal Farm, joining several others who illegally set up base on the property in 2019.

Three years ago, an estimated 50 settlers invaded Sub-division A of the farm, on the outskirts of the city, and they have stayed put despite a 2021 High Court order directing them to vacate.

Reports indicate that the number of illegal settlers has been increasing.

Some of the tenants include current deputy mayor Mlandu Ncube who was given a 25-year lease in 2015 for 10 hectares on plot number 74 of the property.

“Dunstal Council Farm was invaded in 2019 and the number of the illegal settlers was estimated to be 50 and was increasing every day. The eviction of these squatters was in the courts and their removal was imminent,” a report by council’s housing and education committee reads in part.

It emerged that land seekers have to part with almost US$100 to secure a portion of land from syndicates behind the invasion of the council-owned farm.

Hundreds of other land seekers on the waiting list were made to pay varying amounts to the youth leaders involved in the Mazwi nature reserve land grab before their arrest and imprisonment.

The Mazwi game reserve is owned by the local authority through its commercial division.

Khumalo said he was also unaware and referred questions to the public relations department. There was no response to  emailed questions.

Indications are that part of the farm is leased out to some officials in council management for grazing purposes.

Auditor-General Mildred Chiri has in the past exposed how council is losing potential revenue from unbilled properties lying idle, unoccupied, and not registered in the valuation rolls.

In 2013, council courted controversy after it allocated two hectares of the farm to then mayor Thaba Moyo for a measly $45 per month for five years.