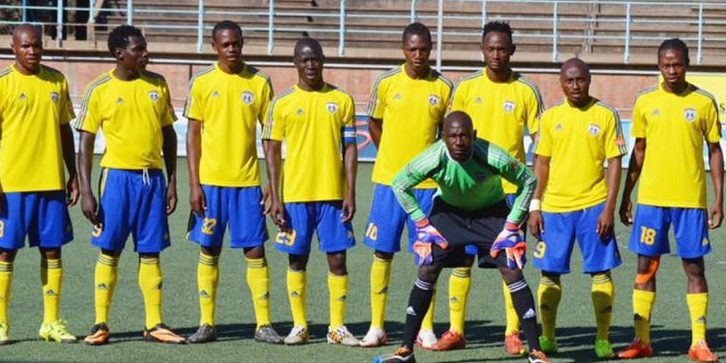 THE cash-strapped Harare City Council has put itself on a collision course with residents and other stakeholders after recommending a US$2.3 million supplementary budgt to finance its football club, Harare City FC, at a time service delivery is at its all-time low.

Harare is failing to provide basic services to over two million residents including the supply of potable water and the collection of refuse.

The recommendation to sponsor the football club to the tune of US$2 234 883 for the remaining six months has been viewed by observers as extravagant and a case of misplaced priorities.

Harare City FC currently sit at number 11 on the 18-team Premier Soccer League log and have been at the centre of controversy with residents and other stakeholders alleging it has become an avenue for councillors and officials to milk council.

According to a joint report by council’s Information and Publicity and the Finance committees, Harare is set to come up with a supplementary budget to finance football in the last half of the season that has six months remaining.

The club was allocated over ZW$65 million instead of the needed ZW$400 million for the latest season and the new proposal factors in the prevailing high inflation.

The committees said solicited sponsorship has failed to materialise, adding that the club has struggled to meet obligations in terms of operational expenditure and the PSL fees including contracts with employees, signing-on fees and contracts with the technical team.

Harare City FC is one of the smoothly run clubs in the country, with officials, players and a selected few supporters getting first-class treatment each time they go for away matches, including being booked in five-star hotels and receiving hefty allowances.

“Harare City Football Club requested an estimated US$2 234 883.00 as detailed in the report. The Acting Town Clerk accordingly recommended authorising the Acting Finance Director to come up with a supplementary budget estimated at US$2 234 883.00 for the remainder of the 2022 soccer season due to prevailing price escalations.”

However, the proposal endorsed by the joint sitting was returned back to the committee with some of the councillors questioning the logic of spending a lot on soccer at the expense of service delivery.

“Council cannot afford US$2.3 million for remaining six months to Harare City Football Club. It is not reasonable, it is too much considering we needed only US$400 000 to buy several trucks for refuse collection.”

“There is no report to approve US$2.3 million for the football club. That is US$300 000 a month and if you are to break it down, it translates to US$90 000 a week and we can’t have that kind of money going towards football.”

Chairperson of the Information and Publicity committee who also chaired the joint committee, Munyaradzi Kufahakutizwi, said the amount was arrived at after taking into consideration the high inflation.

The matter was referred back to the committee, with suggestions to drop the recommendation that is likely to be fiercely opposed by ratepayers.

Harare mayor Jacob Mafume said the city will not allow situations where the local authority loses millions of dollars while its assets are not being made to sweat and bring in much-needed revenue.

Related Topics:Harare City Council
Up Next