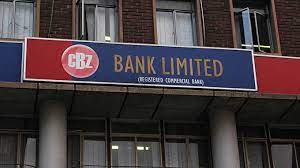 BOGUS farmers in Mashonaland West looted subsidised inputs from Grain Marketing Board (GMB) depots around the country before diverting them onto the black market and using the money to buy cars and funding their day-to-day needs, investigations by The NewsHawks reveal.

NHAU MANGIRAZI
An investigation covering Banket (Zvimba district), Lion’s Den (Makonde district) and Karoi (Hurungwe district) revealed that some of the looters are selling the inputs, including fertilizer and chemicals, at prices far less than the amounts they will be required to pay under the CBZ Agro-Yeild Input Scheme.

Some of the diverted inputs are stashed in hardware stores while a number of houses are being used as makeshift warehouses.

The investigation also revealed that some farmers inflated their hectarage before diverting the inputs to the parallel market. Top dressing fertilizer, usually pegged at US$30 a bag, is now being sold below US$12, with some of the fly-by-night dealers asking for as little as US$10 per bag.

In Banket, one of the sellers told this reporter, who was posing as a customer, that he was only releasing his stock in bulk.

“I don’t sell a few bags of fertilizer. I take big orders and sell in bulk from five tonnes up to 25 tonnes of fertilizer and pre-emergency atrazine (herbicide) just for US$2 per litre,” he said.

Officially, the pre-emergence atrazine herbicide is sold for US$7.20. He was also selling dual magnum herbicide at US$5, compared to the usual US$17.50 retail price per litre.

Murambwi called on the government to use its state security apparatus to bring to book the suspects in the farming inputs scandal. So brazen have the culprits become in Banket that they now sarcastically refer to the plundered inputs as “cake renyika” (the nation’s cake), boasting that they are grabbing their own share of national loot.

“The government must investigate the looting of inputs under CBZ Agro-Yield programme where undeserving people got the inputs at the expense of genuine farmers? Some of them did not till even a small portion to justify getting the inputs,” he said.

“It does not make economic sense for our nation to give inputs to those who imported cars instead of farming equipment. I have evidence of people in Hurungwe and Makonde districts where the abuse was rampant. I am ready to give evidence so that the cars are recovered and sold for both CBZ and government to recover the abused facility. We cannot allow this to go on unchecked if we want to progress as a nation.”

In Lion’s Den, another unscrupulous dealer was selling agro-chemicals at ridiculously low prices. He was selling post-emergence accent herbicide at US$5 compared to the usual price of US$135 per sachet.
Servian herbicide, whose market price is US$260, was going for US$20, while nato, another weed-control chemical, was being sold for US$2 instead of its usuall price of US$39 per litre. Broom, another herbicide,  was being sold for US$3 instead of US$39.

Emanectin, an insecticide that farmers got officially at US$70 per kilogramme, is now being sold at US$10.

In Banket, some of the bogus farmers got affidavits from plot holders to enable them to access the inputs.

Some corrupt farmers took advantage of affidavits given by farm and plot owners who were letting their properties.

Zvimba district agriculture extension officer Fortunate Marara confirmed that some farmers at Haydon Park plots in Banket, that is under the A1 farming category, issued out affidavits to some farmers who were leasing pieces of land.

“We had Haydon Park plot holders who submitted affidavits to some farmers who got inputs at GMB depot. Affidavits were supporting documents from plot holders and we believe it was done above board,” she said.

“As Arex, we only approved inputs as required by applicants. We did our part and if there is something amiss, we can verify with CBZ and GMB depot. We did our part, but if the hectares were inflated, it is not our fault.”

Noise in the cockpit as Mwonzora counters President Mnangagwa