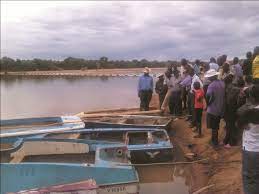 TO reach Chiredzi, their nearest town, the people of Chilonga must travel 35 kilometres.

MORRIS BISHI
Be it for business reasons or to seek medication, this is the distance they have to travel.

The Runde River has become a headache to them during the rainy season as it is always flooded and they have to travel 400km via Mwenezi to the reach the same destination which usually takes them less than an hour to reach.

Travelling 400km to Chiredzi is costly to people who are based south of the Runde River, mostly peasant farmers living in an arid area which is in agro-ecological region five, so they had to risk their lives passing through the flooded river using manually operated boats.

The river has so far claimed the lives of more than 15 people in recent years. Some of these people died while crossing using these boats but the boats are still a source of hope for the communities south of the Runde River.

The only way to a hospital for pregnant mothers and critically ill patients is through a boat. On Wednesday last week, a body of a deceased woman which was coming from a mortuary in Chiredzi was ferried across the river by boat in the presence of The NewsHawks.

Member of Parliament for Chiredzi South Kallisto Gwanetsa told The NewsHawks that it is always a nightmare for people in his area during the rainy season since it is difficult for them to reach Chiredzi, the nearest town. He said only a few can manage to use the Mwenezi route which is 400km, meaning that many will risk their lives using boats at Runde near Chilonga.

“Is has become an annual thing. Whenever the river is flooded, we face this challenge.

It is difficult for our people to reach Chiredzi either for medication, work, business or whatever. The area will be totally marooned, if it was not for these boats people were going to die without any plan. I have raised these issues in parliament on several occasions and l think when resources permit we will have a proper bridge at Runde,” said Gwanetsa.

Chiredzi Rural District Council chief executive officer Ailes Baloyi said the council is worried about the state of affairs south of the Runde River during the rainy season. He said there is a government plan to construct a bridge which could give people access to Chiredzi.

“People are using boats to cross the river but there is an ongoing plan which will see the construction of a proper bridge at a site which was already pegged by government engineers. He said his council is in full support of the project and it will allocate resources towards its implentation,” said Baloyi.

People who spoke to The NewsHawks said it now makes sense why the government ignored calls to construct a proper bridge at Runde River to be used by people. They said the government was aware that it would evict people to pave way for the lucerne grass project, as is the case.

A boat operator who identifed himself only as Freeman told TheNewsHawks last week that business is high this year after excessive rain which saw the river being flooded for the first time in ages. He said they are charging R50 for one person to cross and on a good day a single boat can transport more than 50 people across the river.

He also said as a safety measure to avoid capsising the boats, a single boat is allowed to carry five people at a time.

“There is brisk business this season considering that we had a long rainy season. The boats are controlled by experienced people and we allow only five people in a boat per trip. We charge R50 per head and on a good day l can ferry 50 people, which is quite lucrative for us. We have a challenge of hippos which always terrorise our boats at night,” said Freeman.

Another operator Livison Lisingo said trucks with 30 tonnes of maize usually have their loads offloaded at the river on the Chiredzi side before boats ferry the goods across the river for onward transportation by trucks waiting on the southern side of the river.

Chiredzi district development coordinator (DDC) Lovemore Chisema, who is also the district chairperson of the Civil Protection Unit, told The NewsHawks that his committee is regularly holding sensitisation meetings with various groups of people teaching them about the dangers of crossing flooded rivers.

He said the issue of boats at Runde is a cause for concern and it is better for people to use longer routes which are safe than risk their lives.