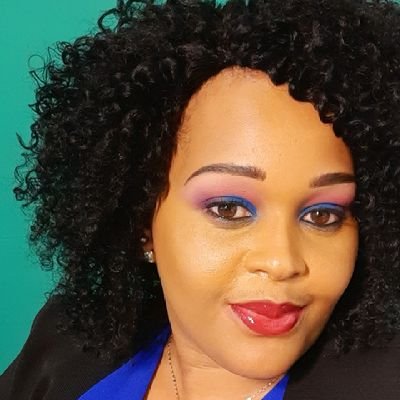 Each year around this time, the place enjoys brisk business as people come to place orders for flowers in time for Valentine’s Day.

Flowers are considered a colourful expression of love and gratitude. And yet there are more ways than one to show how much you care about your partner.

You could take them on an expensive dinner date, shower them with gifts or go on a trip to Paradise Island in Mauritius.

But this year, all this appears to be a fantasy, more so when people ponder the meaning of love under lockdown.

And it is easy to see why this year’s Valentine’s Day looks bleak.

For many, this year’s Valentine’s Day is like no other and, if anything, it will be a long one because everything is under lockdown.

There are few choices to make on how to spend this Valentine’s Day which is celebrated every year on 14 February.

While it is true that many people would love to spend the day with their loved ones just the idea of spending the day quarantined at home is simply not fun.

Seeing that many are still to recover from the festive season, 14 February is pretty much like a nightmare. It scares you to bits and leaves you miserable.

But the situation is different for those who can afford to celebrate the day. It is well and good to buy your partner some flowers, wine and shower them with niceties.

Some go as far as buying new clothes just to ensure they look the part.

It is for this reason that many wish there was no such thing as Valentine’s Day because the occasion has been highly commercialised. Of course, the shops, restaurants and the florists all look up to the day, expecting brisk business.

This is why the day has become significant to many; there is a commercial value to it.

Since the government extended the lockdown by another 15 days to 15 February in order to contain the spread of the coronavirus, Valentine’s Day will be commemorated under lockdown. This means going out for shopping or fine dining on Valentine’s Days is restricted.

However, those who can afford it have resorted to buying gifts online, something which people never used to do. Those who do not have the money to spend will surely use the lockdown as an excuse for not buying their loved ones some gifts.

Mai Chisamba Talk Show host Rebecca Chisamba said the lockdown does not deny lovers the opportunity to have tender moments.

“I believe Valentine’s Day is a day to spend time with your loved one. It is not about going out but you can do a picnic in your garden and have a sumptuous meal with your partner. Remember love has nothing to do with money.

“But again, people should not be stingy and use the lockdown as an excuse for not spending a bit for those who can afford.”

The NewsHawks caught up with ZBC presenter Mary Lee Ann Bernard who believes that the most important thing is just spending the day with a loved one.

“What matters most is just spending the day with the one you love,” said Bernard.
But just how did Valentine’s Day become popular?

“It originated as a minor Western Christian feast day honouring one or two early Christian martyrs named Saint Valentine and, through later folk traditions, has become a significant cultural, religious, and commercial celebration of romance and love in many regions of the world.

“According to an early tradition, Saint Valentine restored sight to the blind daughter of his jailer.

“Numerous later additions to the legend have better related it to the theme of love: an 18th-century embellishment to the legend claims he wrote the jailer’s daughter a letter signed “Your Valentine” as a farewell before his execution, another addition posits that Saint Valentine performed weddings for Christian soldiers who were forbidden from marrying.

“The day became associated with romantic love in the 14th and 15th centuries when notions of courtly love flourished, apparently by association with the ‘lovebirds’ of early spring. In 18th-century England, it grew into an occasion in which couples expressed their love for each other by presenting flowers, offering confectionery, and sending greeting cards (known as ‘valentines’).

“Valentine’s Day symbols that are used today include the heart-shaped outline, doves, and the figure of the winged Cupid. Since the 19th century, handwritten valentines have given way to mass-produced greeting cards.

“Saint Valentine’s Day is not a public holiday in any country, although it is an official feast day in the Anglican Communion and the Lutheran Church.