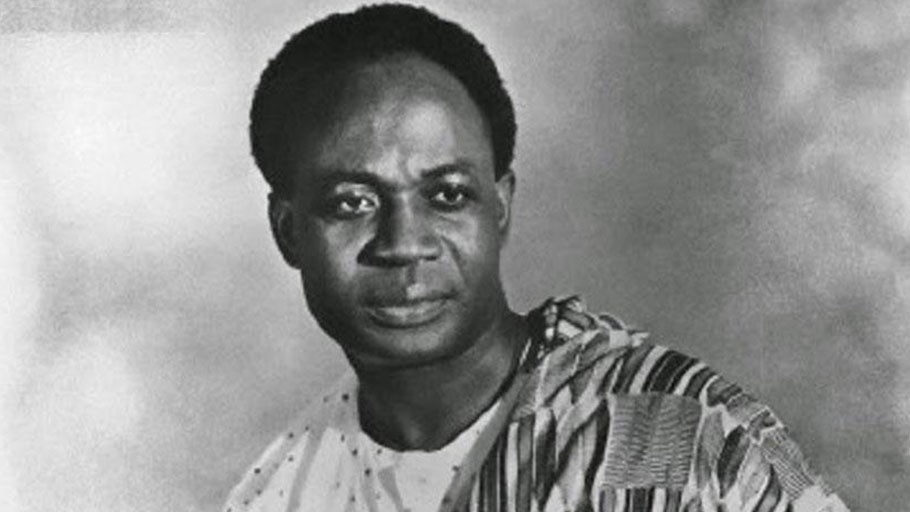 THE issue of “black citizenship” is both planetary and existential. It is planetary because it affects black people wherever they are located on the globe; it is existential because it dwells at the very heart of the meaning of black existence.

It explains who counts as human, while generating a racialised pyramid of modern society, with those considered “white” occupying the top, and those designated as black, languishing at the bottom.

Martinican intellectual and poet Aimé Césaire captured this existential problem of blackness in terms of three tormenting questions faced by black people: Who am I? Who are we? What are we in a white world?

W. E. B. Du Bois posed these queries in another way, asking of black people in the modern, white-dominated world the soul-searching question: “How does it feel to be a problem?”

Today, in the wake of the recent George Floyd’s murder in the United States, the movements for black lives – #BlackLivesMatter – have assumed planetary dimensions.

While such initiatives as the 14th Amendment to the US constitution could not deliver substantive black citizenship to black Americans, the decolonisation struggles of the 20thcentury in Africa also did not successfully result in the destruction of the modern world system of imperialism.

In the African context, the modern nation-state is an imposition of colonialism. Its formal origins can be traced to the Berlin Conference of 1884-1885, when the continent was infamously partitioned by seven European imperial powers (Britain, Belgium, France, Germany, Italy, Portugal and Spain).

Cartography and bordering marked the boundaries between colonies, with African people enclosed inside as subjects – not citizens.

Out of this colonial context we find the primary and most urgent issues concerning black people’s positionality in the white-dominated modern world, where institutions such as the nation-state reproduce classifications and exclusions in their citizenship laws and practices.

Colonisation disrupted and displaced African communities, their indigenous knowledges and cosmologies, their forms of self-identification, and the organisation of their social relations.

The realities of life in the precolonial era, marked by flexible and fluid identities (pluralities), mobility as a way of life, and compositionality (being human through others and with others), was swiftly replaced by colonial racial logics and liberal individualism.

The notion of strangers, and indeed insiders and outsiders who cannot be absorbed by other societies, emerged.

Colonial identifications such as Anglophone, Lusophone and Francophone symbolised colonialism’s moulding of Africa into a European possession.

The tribal formations and cleavages invented by colonialism were further accentuated through class differentiations – and, in particularly, the production of an African petit bourgeoisie.

Struggles for pan-African unity, because of their potential to deal with the issue of black citizenship directly, were subjected to even more elaborate and intense policing.

Identities such as “peasant,” “worker” and “bourgeoisie” were impositions of the capitalist world economic system onto Africa.

At the beginning mercantilism helped render African people as “slaves” to labour in plantations and mines. Industrial racial capitalism, through dispossession and displacement of African people from land, resulted in forced peasantisation and proletarianisation.

While African communities had their own forms of social stratification prior to European colonialism, there was no strict class identity which would determine the nature of conflicts.

Because of their thirst for cheap labour for mines, farms, plantations, and factories, the European colonial regimes were flexible when it came to the movement of cheap migrant labour across borders.

And since African people were not entitled to any form of citizenship, the migrant workers remained aliens in places where they worked.

Hence, today Africa is not open to the free mobility of the people who live there. Decolonisation did not succeed in reversing the social orders imposed by colonialism.

Moreover, the majority of elites who took over from the colonialists maintained their “comprador” roles in that they were willing accomplices in neo-colonialism , cutting deals with transnational multinational corporations and, in the process, reducing states in Africa to rentier formations.

Intra-elite conflicts and competition among Africans assumed the form of military coups from the late 1960s onward, most of which were sponsored by imperial powers and engineered by the US Central Intelligence Agency.

Such pan-Africanist leaders as Kwame Nkrumah of Ghana, Patrice Lumumba of the Democratic Republic of Congo, and Thomas Sankara of Burkina Faso were victims of CIA intrigue and intervention.

The dawn of political independence did not adequately solve the issue of black citizenship mainly because African nationalism is structured through the logics of colonialism with its exclusionary and inclusionary tendencies.

For example, the question of labour migration was entangled with that of newly concretised nation-bound notions of black citizenship.

The status of black workers as immigrants and migrants became accentuated after the end of juridical colonialism as territorial African nationalisms, with exceptions , undercut the possibilities of pan-Africanism.

African nationalism struggled to lay the foundation of a strong postcolonial, pan-ethnic patriotism and horizontal comradeship. Moreover, African nationalism could easily degenerate into detestable forms of chauvinism, including xenophobia and nativism.

The result has been that minority groups within African nation-states experience exclusion and even statelessness. All of this makes the call for an insurgent and resurgent decolonisation in the 21st century very necessary.

At the centre of current planetary human embroilment is the black subject as a stateless and rightless provider of cheap labour in a globalised and racial capitalist economy.

This reality can be challenged by transnational and diasporic black solidarity as an essential pre-requisite for a planetary decolonisation.

This planetary decolonisation has to build on what has been set in motion by the Rhodes Must Fall movements, whose influence led not only to the removal of arch-colonist Cecil John Rhodes’ statue at the University of Cape Town in South Africa but also at the University of Oxford in England.

The removals of Rhodes’ statues are positive – though symbolic – signs of a drive to confront the global coloniality that make black citizenship impossible.

The ways that the US “Black Lives Matter” movement galvanised #ZimbabweanLivesMatter protests, for example, is another indication of the urgent need for a planetary struggle for decolonisation.

The emphasis of planetary decolonisation is born out of the realisation that planetary problems of racism and global coloniality cannot be successfully confronted from a national or continental vantage point alone.

About the writer: Professor Ndlovu-Gatsheni is Chair of Epistemologies of the Global South Faculty of Humanities and Social Sciences, Africa Multiple Cluster of Excellence, University of Bayreuth, Germany.

When cabinet has become redundant amid a growing securocratic culture

Do we still have a government?