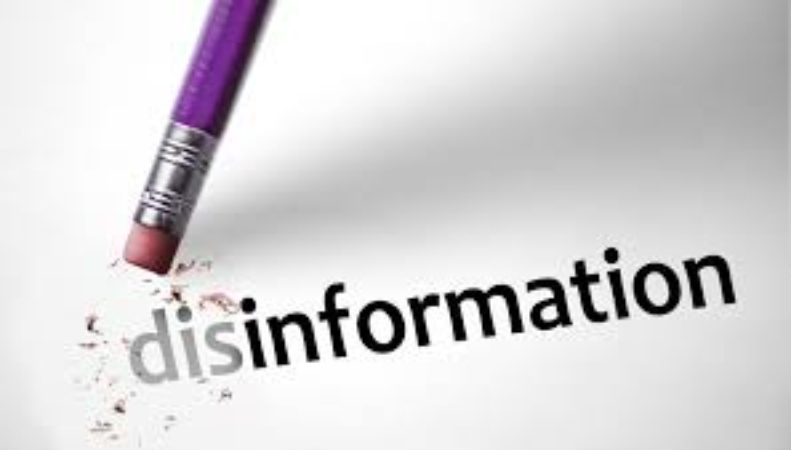 AGENDA setting through selective information is now the new normal in Zimbabwe.

The country is portrayed as more violent, dreadful and scary in media stories and academic writings.

According to professor of communication science George Gerbner, this phenomenon on a global scale is pronounced as the Mean World Syndrome.

The Mean World Syndrome asserts that exposure to violent and scary media consumption shapes the negative views of people about the world, that the modern day is bad and that living in this era is more violent than in the previous centuries. The violent news and negative consumptions overshadow the critical faculty of people to analyse and sieve the truth.

This is true for Zimbabwe and we are witnessing the Mean Zimbabwe Syndrome. Disinformation in the country from all organs is now rampant and indeed a pandemic. The echo chambering of information is shaping the consciousness of the people as a manipulative tool for the ulterior motives of our leaders, public institutions, corporations and interest groups.

The autonomy of the general and personal will is now constantly under the sway of emotional distortion and delusional interpretations of the leaders and politicians. The conformational biases in this post-truth era have subdued the rational choices of individuals, affecting the rational decision-making mechanisms based on available heuristics and intuitional biases.

It is time to sensitise the people to statistical thinking, synchronisation of the biases with rational agency, and analysing the information with objectivity.

Everywhere in the country, the trending factor of  “We ” instead of “They” or “Us” instead of “Them”  and the phenomenon of polarisation is sowing the seeds of division and social turmoil.  This is ultimately undervaluing our commitment to the mutual and inclusive culture of democracy and institutional harmony. Now, with this current rise of identity politics and the wave of democratic deficit, the post-truth and disinformation narratives are more pronounced in Zimbabwe.

What we are seeing is that narrative building is now an efficient tool in domestic politics, being used to synthesise the selective choices of interest groups or the opinion-makers rather than providing the truth and technical knowledge to leave the decision choices to the people. The persuasive content is based on emotional appeal.

Just check the content on Twitter handles of political leaders and their proxies across the political divide. The consequence of this emotional appeal is now  the strict social division which is encroaching on tribal lines and will consequently lead to the storming of the citadel of democracy and classic norms of inclusivity.

The example of such narrative building from our political and economic environment is also pronounced in the form of the vocabulary in the daily speeches of politicians and leaders of key economic institutions to appeal to the majority of people for their vested interests. The use of a filter bubble in the social commercialisation of existing beliefs and insinuations is perpetuated through the repetitive patterns of the news narratives that conform to the biases rather than providing the facts and evidence to filter the truth and reality.

The maximisation of capital over the violent and dreary news and information is systematically entrenched in our society because the shock and crisis can generate more media traffic. The comments on such news and information shape our perceptions about the country and the economy that ultimately construct a dismaying picture of contemporary conditions.

Disinformation operates in society through psychological biases. Our mind is always deceiving us, but the majority of us do not know this. The propaganda machinery was firstly used to familiarise people through selective information. When something becomes familiar, individuals tend to confirm those familiar biases and seldom challenge the existing beliefs. The conformational biases and familiarity biases exploit personal autonomy. Our brain is reluctant to accept alternative truths and we frequently conform to existing biases. In this way, misinformation shapes our views covertly.

Misinformation on social, economic and political matters is a setback to policymaking and national cohesion. The disinformation in political parlance causes polarisation and intimidation to such an extent that people-to-people interactions are estranged, consequently causing alienation and social breakdown. This is exactly the case in our political landscape. The nation is now divided along tribal and sectarian lines on the political field.

Misinformation in the economic sector causes a policy that favours the short haul rather than a long-term vision. The economic challenges we are currently facing to some extent are a result of years of misinformation from both the authorities, responsible institutions and interest groups. This has shaped behaviour, rendering weak any regulation and policy.

The phenomenon of misinformation has a major impact on the democratic culture of inclusivity, participation and cohesion. For instance, when campaigns to get a franchise and increase voter turnout through misinformation are practiced, the people vote for the distorted information subduing their democratic choices freely. In the long term, the people succumb to the false interpretations.

Of concern is that our  educational system is not yet ready to equip the people with media literacy and awareness to sieve the information, standards, and measures to subscribe towards truth. In the era of post-truth politics, misinformation is increasing daily but our measures for media literacy are less efficient. It is high time we inculcated media literacy among the masses, to prepare people for the pandemic of fake news and propaganda and, more importantly, to preserve our sanity, democracy and environment. The courses to sensitise coming generations about the information landscape must be designed on how to validate and filter certain information.

In this era, it becomes easy to succumb to psyche, emotion and cognitive bias. Policymaking in such an environment becomes difficult and it is the economy that bleeds.

South Africa has been warned that it faces an ‘Arab Spring’: so what are the chances?