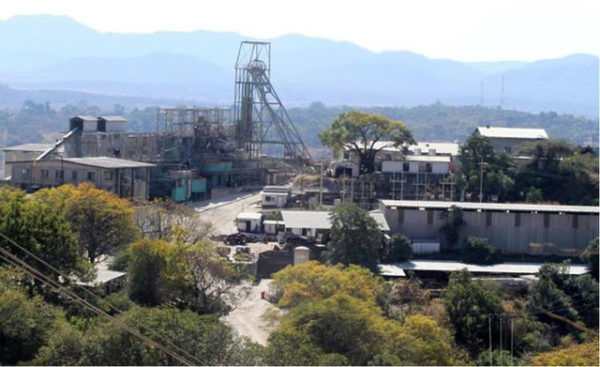 THE battle for Redwing Mine, which used to be owned by Metallon Corporation through King’s Daughter Mining Company Limited, is intensifying as a group of politically well-connected gold dealers are trying to seize it from an equally networked young female miner and her consortium.

NYASHA CHINGONO
Details obtained by The NewsHawks show that since last year, the mine has been owned by former vice-president Kembo Mohadi’s niece Patricia Mutombgwera and her partner Grant Chitate through Probadek Investments which has exclusive mining rights covering 132 gold mining blocks, eight copper mining blocks and any other mining claim belonging to the mine.

However, well-known Harare gold-dealer Pedzai “Scott” Sakupwanya and his Chinese networks — who say they are linked to President Emmerson Mnangagwa’s sons — are manoeuvring to grab the mine illegally.

Sakupwanya and his Chinese partner known as Mark Young (real name Khong Yoong Yong), who says he is close to Vice-President Constantino Chiwenga, is clandestinely pushing to muscle into the mine.

The Redwing Mine saga was at the centre of Mohadi’s recent resignation amid sleazy sex scandals with commercial rivalry between him and the Mnangagwa family in the background.

“Redwing is now a battleground for political elites and their networks,” an informed source said. “On the one hand you have Mutombgwera, who is Mohadi’s niece, and on the other there is Scott who is connected to Mnangagwa’s sons and Yong who says he is linked to Chiwenga. These groups are fighting over gold there and there is fierce rivalry over that. If you go to the mine itself there are several other politically connected groups at local and national levels also fighting for control of the mine or its claims. It’s a big gold war unfolding over Redwing.”

Sakupwanya, linked to high political networks, owns BetterBrands Mining Company and BetterBrands Jewellery. He is known as a cash-rich gold dealer who used to be an underworld currency and gold agent for the Reserve Bank of Zimbabwe.

In 2020, pictures of Sakupwanya posing with dozens of gold bars and piles of United States dollars went viral on social media with reports at the time saying he was a well-heeled runner for a syndicate of loaded gold dealers – not a principal.

This comes as Redwing judicial manager Cecil Madondo has been suspended amid allegations of corruption.

Documents seen by The NewsHawks show that Madondo, who is facing corruption charges, has been booted out.

“Dr C H Madondo, the corporate rescue practitioner for Red Wing Mining Company (Private) Limited be and is hereby suspended from duty pending finalisation of the criminal proceedings instituted against him,” a letter written by Additional Master of the High Court (Insolvency) Vusomuzi Gapara says. “The suspension order is with immediate effect.”

Redwing Mine used to be run by Metallon, owned by South African tycoon Mzi Khumalo, and belonged to the same stable as How Mine, Shamva Mine, Mazowe Mine and Arcturus Mine.

At the height of Zimbabwe’s economic problems it closed amid flooding. It resumed production in 2015 following dewatering.

Redwing Mine, located in Manicaland province about 20 kilometres northeast of the city of Mutare and 265 kilometres southeast of Harare, was placed under judicial management in July last year.

After presiding over a process which led to Mutombgwera successfully bidding for the mine following a public call for investors to rescue the operation, Madondo then found himself in the middle of a corruption storm as he sold the exclusive mining rights of the mine to three companies for US$260 000 between October and December last year.

He is currently out on bail, but has since been suspended as judicial manager. In July last year, Redwing was placed under Madondo’s care.

A public notice was issued looking for an investor to inject US$2 million to rescue the mine.

Mutombgwera and Probadek expressed an interest in the asset and then approached Madondo over it. He asked them to come up with a letter of intent and busines proposal.

A meeting of stakeholders, including workers, creditors and investors was organised by a committee appointed to oversee the process to secure a new investor. Probadek was the only bidder at the time and was automatically appointed to take over the mine.

On October 15 last year, Madondo told Mutombgwera and Chitate that he had given Probadek exclusive mining rights in respect of Redwing Mine covering 132 gold mining blocks, eight copper mining blocks and any other mining claim belonging to the operation.

So on the same day, Mutombgwera and Chitate on that basis signed a joint venture and relationship agreement with Madondo representing Redwing.

Two weeks later, on 30 October, Mutombgwera and Chitate entered into and signed an agreement with Redwing under the impression that they had secured exclusive rights to invest in the mine.

As a result, Probadek paid US$60 000 cash to Madondo’s personal company Tudor House Consultants as corporate rescue fees and subsequently made capital expenditure of US$200 000.

In the meantime, Madondo then entered into another agreement with Prime Royal Mining (Private) Limited, giving them the same mining block in November.

On 1 December 2020, Sakupwanya’s BetterBrands Mining entered into an agreement with Madondo, giving them the same mining concessions.

Before all that, Sakupwanya and Yong had approached Mutombgwera after she had won the bid for the mine to partner her in a joint venture.

They first proposed to pay US$50 000 cash ahead and a 60%-40% shareholding structure in their favour. Mutombgwera agreed, believing that this would help increase capital and capacity to revive the mine.

Sakupwanya and his Chinese partner came back and proposed to pay more cash upfront and rejig the equity structure to 70%-30%. She was not opposed to it, although she was becoming suspicious.

And then on the third time they proposed to pay more cash and secure 80%, with 20% remaining for her.

At that time, Mutombgwera became suspicious that Sakupwanya wanted to buy the mine through the back door and she pulled the plug on the deal.

Mutombgwera and Probadek then went ahead on their own to register a tribute agreement with the Manicaland provincial mines department on 11 November 2020 to control the mine.

While they awaited approvals, Sakupwanya and his partners moved to register on 8 February 2021 their own tribute agreement and quickly got an approval wrongly dated 29 January 2021, meaning they got the approval before they registered – which is fraudulent.

More trouble for Malaba as lawyers gird up for fight