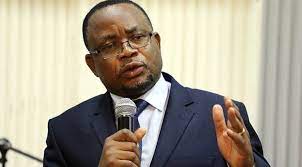 A DISPUTE over the need to shorten the salary-negotiation period from the current 12 months has prompted banking sector workers to petition Labour minister Paul Mavima, urging him to issue a directive in their favour.

The Banking Employers’ Association of Zimbabwe has been cited as the first respondent in the matter. In papers submitted to the minister by the Zimbabwe Banks and Allied Workers’ Union (Zibawu) through their legal representatives Matika, Gwisai and Partners, the employees contend that the current legally stipulated period under which salary negotiations can be entered into without finality, being full 12 months, is too long when compared to the dynamic nature of the economic environment.

“We therefore request the Labour Minister to issue a Directive in terms of section 81 (1) of the Labour Act [Chapter 28:01] in terms of the draft directive specified hereunder, which will shorten the negotiations period to a reasonable timeframe,” the papers read.

The employees maintain that the current negotiation period is unfair in view of the constantly changing national macro-economic environment and high inflation which require much shorter negotiation cycles than the specified annual negotiation timeframe.

“Section 5 of Statutory Instrument 150 of 2013 which compels an annual negotiation cycle has become inconsistent with the objectives of the Labour Act [s 2A(1)] of social justice and the employees’ constitutionally enshrined rights to fair labour standards and practices including fair and reasonable remuneration [s 65 (1) because such cycle has resulted in remuneration for the employees which is not fair, reasonable or decent taking into account the principles of social justice and fair labour standards,” Zibawu said in the papers.

The applicants are praying for the Labour minister to issue a directive ordering the parties to the National Employment Council for the Banking Industry to negotiate on amendment of relevant sections, which will result in the repeal of the words, “the negotiation cycle shall be January to December” and the adoption of a more appropriate collective bargaining cycle which takes into account the prevailing macro-economic environment.

Zibawu has also requested Mavima to issue a directive for the repeal of the words “on year-toyear inflation figures prevailing at the relevant time and the sources of the inflation shall be the Ministry of Finance and Economic Development, Central Statistical Office and IMF” and the substitution of these terms by “a broad set of factors of collective bargaining” that provide at the least for the factors specified in section 74 (3) (n) of the Labour Act and section 65 (1) of the Constitution.

However, in mitigation, the Banking Employers’ Association of Zimbabwe (BEAZ), in a response submitted to Mavima’s office, dismissed the workers’ application, saying it is both procedurally flawed and substantively without merit, hence it should be dismissed by the minister.

“The applicant and BEAZ have an existing parent, Collective Bargaining Agreement namely SI 273 of 2000 which regulates the working relationship between employers and the employees within the banking industry including the dispute resolution procedure,” the bankers’ group said.

It was argued that SI 273 of 2000 did not have a benchmark upon which the employees’ salaries could be based, hence salary adjustments were negotiated, as circumstances demanded and were conducted frequently.

BEAZ said the result was that, almost invariably, all salary negotiations ended up in arbitration and, in most cases, the various decisions of the arbitrators were based on their subjective views of what constituted reasonable salary increments.

“Cognisant of the above challenges, the parties herein decided to put in place a framework that would cure the perennial problems of having disputes every year with almost all collective bargaining negotiations ending in deadlocks and being concluded through arbitration.

“Accordingly in 2013 the parties amended SI 273 of 2000 by the introduction of scientific and ascertainable guidelines on collective bargaining negotiations for salary reviews in the banking sector,” BEAZ argued.

The grouping of banking sector employers said all allowances were combined to come up with a basic salary, leaving no room for separate negotiations going forward, while the negotiation cycle was agreed to be January to December of each year.

The association also said that salary reviews were agreed to be set on year-on-year inflation figures while the issue to do with actuals was to be dealt with by individual institutions.

BEAZ added that, all things being equal, the Labour minister does not have any jurisdiction to give a determination on the matter. — STAFF WRITER.