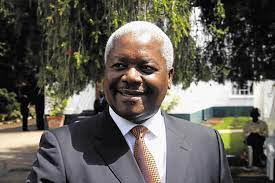 IN 63 days in 2008, the government fraudulently parceled out vast tracts of land, amounting to 188 451 square metres, belonging to the City of Harare while entering into dodgy contracts without going to tender, a 2010 investigation found.

BRIDGET MANANAVIRE
The massive corruption, which benefitted senior government officials and businesspeople connected to Zanu PF and government officials, was done after the appointment of a caretaker council, chaired by Michael Mahachi, to run the affairs of the City of Harare by former Local Government minister Ignatius Chombo (pictured).

After the March 2008 elections, Chombo delayed the swearing in of elected councillors for 63 days, in breach of the Urban Councils Act.

Instead, he appointed a caretaker council led by Michael Mahachi, resulting in the massive sale of land and other unprocedural acts being carried out by council.

Chombo was one of the biggest beneficiaries of the land heist.

The then Local Government minister approved change of land use for a prime piece of land, number 61 Helensvale, measuring 20 hectares, which is now owned by former president Robert Mugabe’s daughter Bona and her husband Simba Mutsahuni.

The Mutsahunis paid a meagre US$2 300 although at current prices it costs upwards of US$7 million.

Initially, Chombo corruptly acquired the property before changing its land use from recreational to accommodation purposes.

He also acquired stand 293 Avondale Township of Lot 48 Avondale block D, through a company linked to him – Harvest-net Enterprises (Pvt) Ltd – without going to tender.

During the 63 days in which the caretaker council ran the affairs of Bulawayo, it made resolutions to sell various tracts of council land, change land use, procure goods and services without going to tender while also flouting employment procedures.

An investigative report which was commissioned by the late former Prime minister Morgan Tsvangirai’s office in 2010 details how, in 63 days between April 2008 and June 2008, Chombo, through the caretaker council, entered into dodgy deals that stripped council land and compromised its operations.

This comes as the criminal abuse of office charges cases against Chombo, who was arrested during the military coup in November 2017, are dragging on in court.

Chombo is challenging his placement on remand.

“The issue of the appointment of the caretaker council in unclear circumstances is not a matter that should be viewed in isolation. The picture that has emerged from its dealings and decisions is one of a well-orchestrated plan to plunder government and council resources on a grand scale,” the report reads.

“The irresistible conclusion to draw from the events that occurred after the harmonised election of March 2008 is that the Caretaker Council was appointed for a specific purpose which minister Chombo felt could only best be achieved outside the scrutiny of an elected council. The awarding of the Airport Road project to Augur Investments was one such project which was meant to escape elected council scrutiny. There is substantial circumstantial evidence points to the fact that minister Chombo’s irregular appointment of a caretaker council in 2008 was calculated to derive some personal benefit on his part.”

“There was no plausible explanation advanced at the time or indeed at any time thereafter as to why the minister handpicked three individuals to run the affairs of the city where there were elected councillors waiting to be sworn in.”

According to the report, the caretaker council approved the employment of a total of 742 people.
The posts ranged from junior posts such as general hands to senior positions such as the head of human resources, and the vacancies were not advertised.